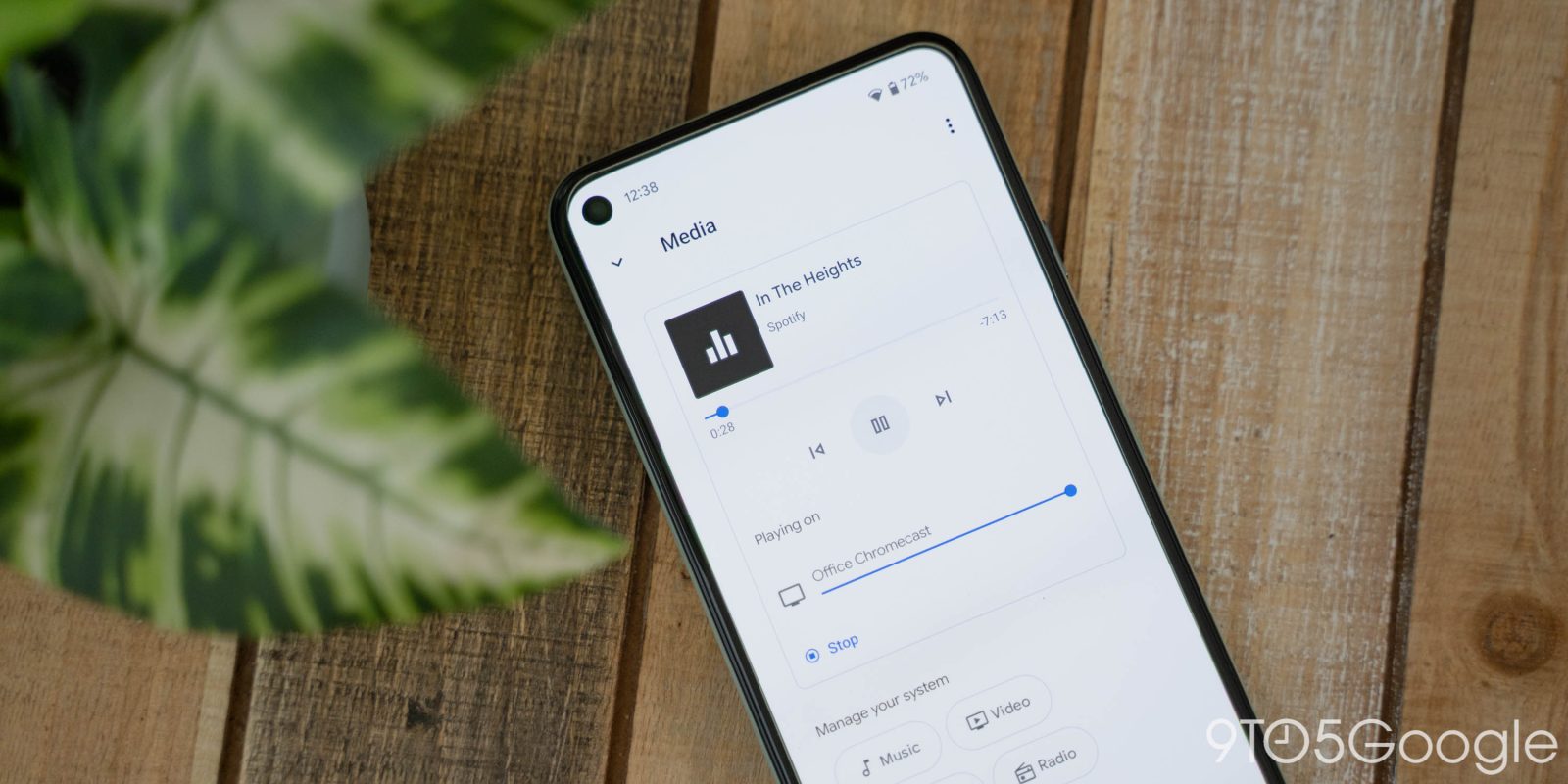 Following yesterday’s announcement of changes to Speaker Groups and Assistant device set-up, Google has started to update its devices and applications. The latest version of the Google Home app no longer lets you use a phone’s physical volume button on the Media screen/player.

Google on Thursday previewed how you will “no longer be able to change your Speaker Group volume using your phone’s physical volume button.” That change has yet to apply to Cast controls integrated into the system volume panel, but that capability is now gone in version 2.47.79.5 of Google Home for Android.

The Media screen is accessed from the green shortcut at the top of the Home app or when clicking a Cast playback notification. Previously, you were able to use your Android device’s volume rocker to adjust output either on a single speaker or multiple (as shown in the below screen recording on the left).

The update to Google Home for Android released late Friday evening makes it so that clicking the rocker just brings up Android’s volume panel (right side). You now have to use the Home app’s virtual slider(s) to adjust each speaker’s output individually.

Today’s change is annoying when trying to quickly control music that was started by somebody else in your home. There’s currently no difference when adjusting the volume of audio that you start directly on your phone, but that change should be coming. Meanwhile, the “Group volume” slider still appears on the Nest Hub’s “Now playing” screen.