Shazam launches Chrome Extension to identify what’s playing in any tab, but it’s broken for some [U] 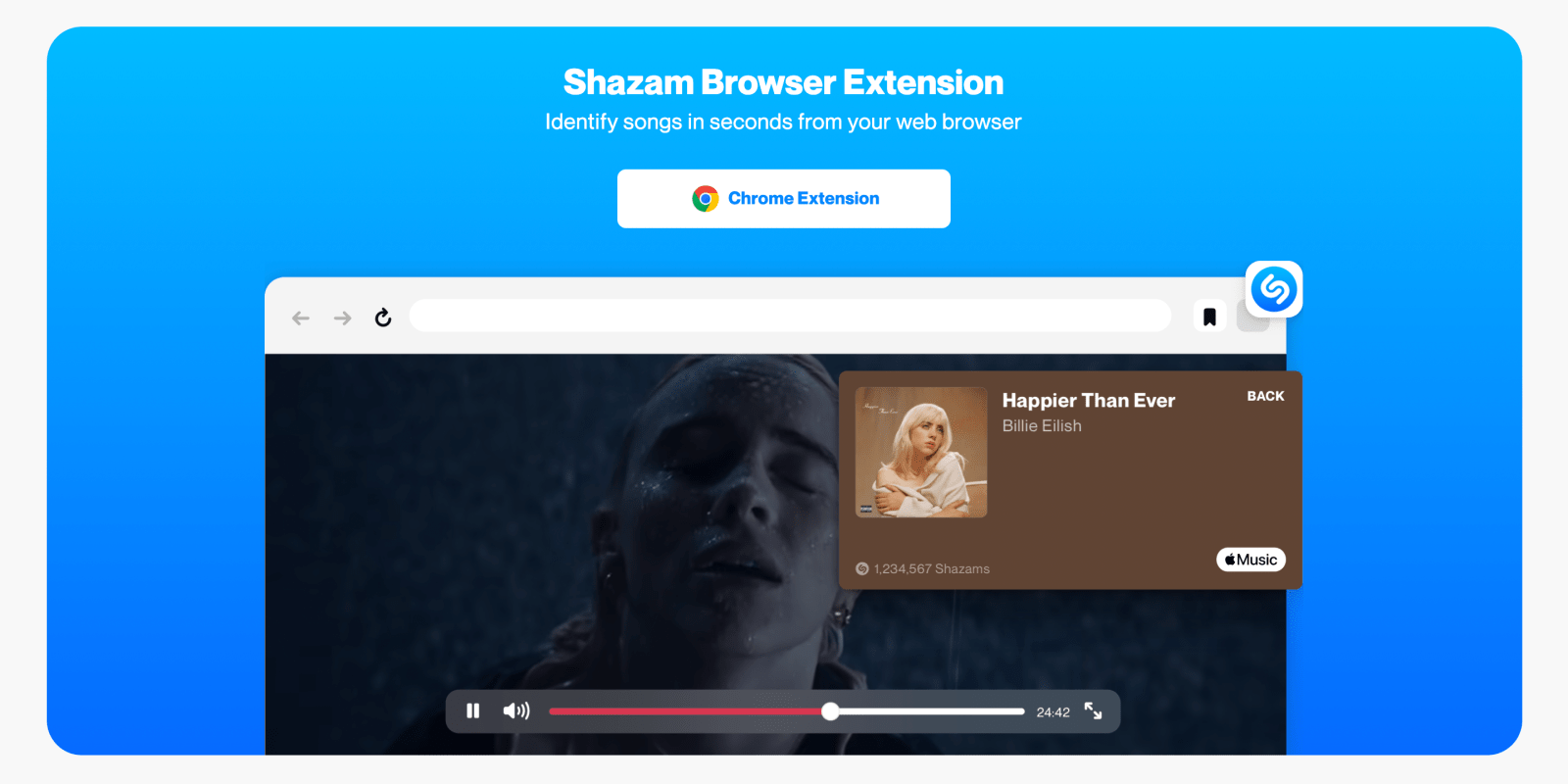 Apple-owned Shazam has just released a Chrome Extension that works to identify what’s playing in your “Netflix or YouTube video, that Soundcloud mix or in a Twitch streamed video game,” but it doesn’t work for all users just yet.

Update: The Shazam extension has been pulled from the Chrome Web Store.

After installing, Shazam exists in Chrome’s Extensions dropdown to the right of the address bar and can be pinned like others to always be one tap away. Tapping the blue icon opens a rectangular pop-up that requires another “Click to Shazam.” As it listens, you’re told to “not refresh or close this tab.”

Once recognized, there’s a shortcut to play the full song in Apple Music (sign-in required), while you can “get lyrics, music videos and more with a click.” The main page of the extension has a dropdown to see your “Shazam Browser song history.” There’s no ability to log-in to your Shazam account and sync tunes you’ve previously identified on your phone. That would be rather useful.

The extension, according to Chrome Web Store reviews, was released at the very end of 2021. Shazam looks to have only publicized its existence on its website and Android app update listing. One reason for that might be that it doesn’t yet work for all users.

The Shazam extension, after testing on macOS and Chrome OS today, fails to find a match even after a minute. (No fail state is shown.) The same songs on YouTube and Soundcloud are quickly identified using the mobile application. That said, some users in the reviews say they have gotten it to work.

This extension compliments the Shazam Mac app, which was last updated in February of 2020. The Chrome offering might be the new desktop strategy moving forward as it offers wider reach.