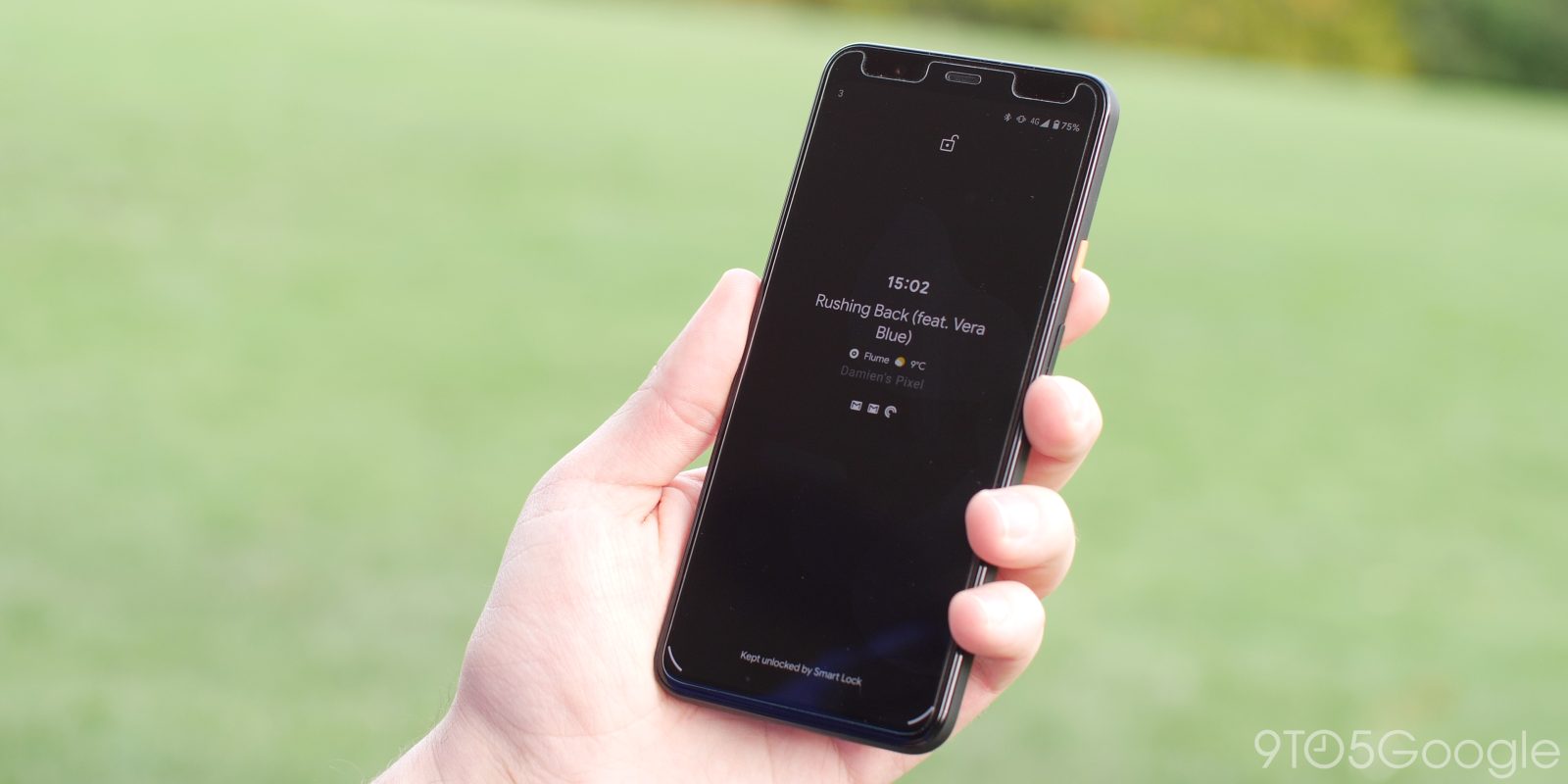 Back in November, we previewed a big “At a Glance” upgrade that started rolling out on Pixel phones last month. Before this take, Google reportedly planned a fuller At a Glance experience that would reside on the lockscreen.

Mock-ups obtained by Android Authority show that this At a Glance would have been launched from lockscreen with a button that appears below the old centered time/date/weather.

The “Good Night” pill launches an identically named screen that features Android’s existing smart home/device controls, though there’s a button to “Turn off all lights.” There’s also a card to quickly set a bedtime alarm with suggested wakeup times, while there are suggestions to play sleep sounds or meditation audio from a third-party app (Headspace). Some transparency here means that you can still see your lockscreen wallpaper in the background, while the status bar remains unchanged.

Other pages that could have appeared throughout the day include:

From the media suggestions shown above, these visual prototypes — a Pixel 4 device frame is used —  were created around or after December 2019. Google launched the Android 11 Developer Preview on February 19, 2020.

That consumer release of Android kept the smart device controls, but the other ideas did not proceed beyond the prototyping stage. The source for today’s report did not provide a reason for why it didn’t advance.

Meanwhile, many of these underlying features exist in the upcoming iteration of At a Glance, but in a much more compact form that does not expose you to a second UI for using your phone. The biggest preserved idea is how At a Glance could show “shopping lists and Google Pay rewards cards when you’re in supported stores.” Other features Google is working on includes: