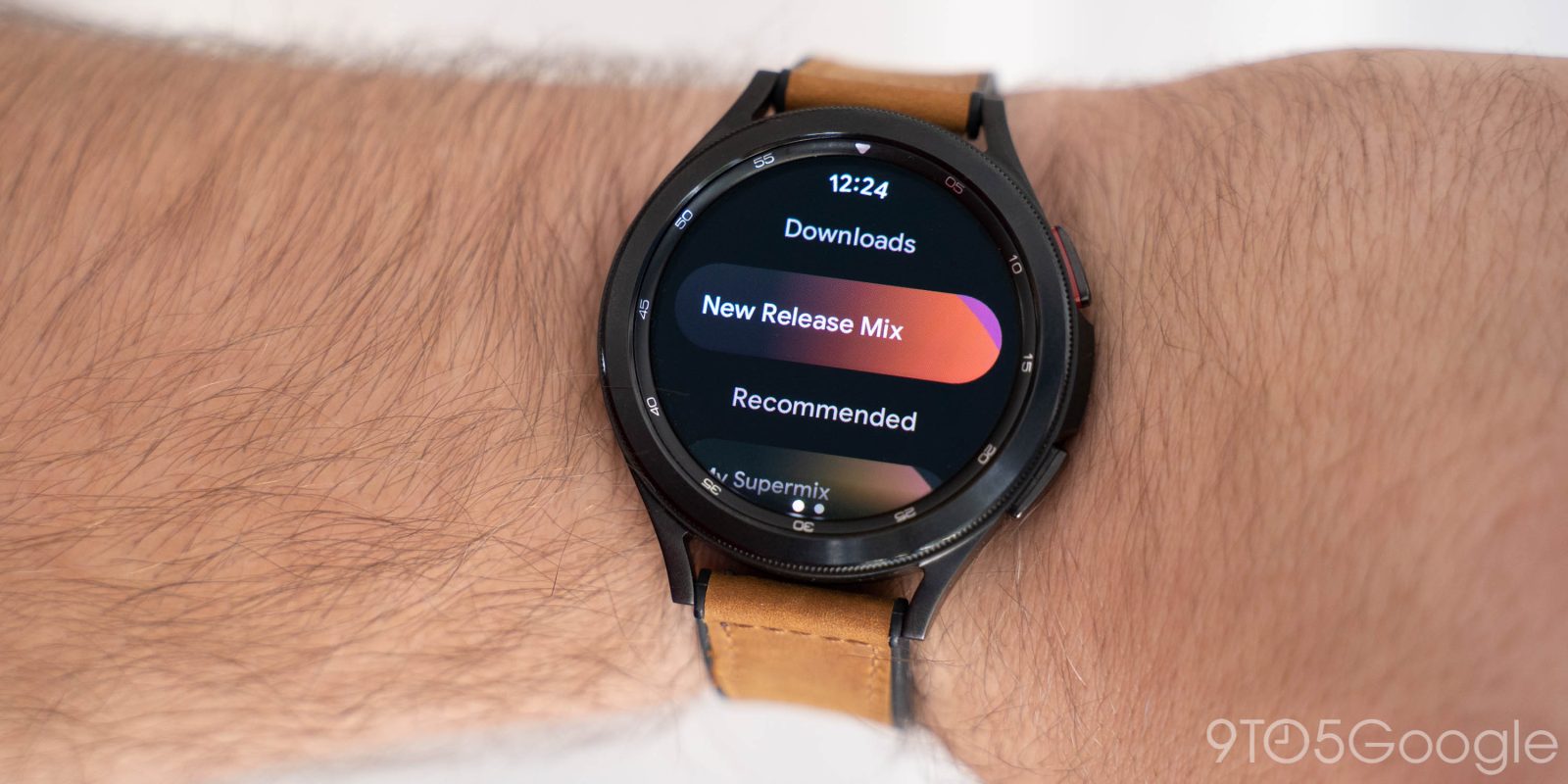 Google’s sudden renewed focus on Wear OS has delivered more apps and long overdue updates to others. Now, the YouTube Music app that first made its debut a few months ago is confirmed to add the ability to stream songs to Wear OS watches including the Galaxy Watch 4.

YouTube Music for Wear OS replaced the Google Play Music app that debuted when the platform was still called “Android Wear.” At the time, it was the only way to store music offline on the platform. Things have changed over time, but YouTube Music still has arguably one of the best music experiences on Wear OS.

However, the new app has one big limitation. To play any music, each song must be downloaded to the YouTube Music app on Wear OS, rather than being able to stream it as is available on other platforms. This usually isn’t a massive problem, but it can be frustrating at times.

Today, Samsung has confirmed alongside some other Galaxy Watch 4 news that the YouTube Music app for Wear OS will be able to stream songs in a “future update.” There’s no timeline attached, but the feature is at least confirmed to be on its way.

Coming soon through an additional update, users will be able to stream music over Wi-Fi or LTE from the YouTube Music app on their Galaxy Watch4. This means that users can leave their phone behind and still enjoy their favorite artists as they work out on-the-go.

Since this news comes from Samsung, the functionality is technically only confirmed for the Galaxy Watch 4, but it’s probably safe to assume that the feature will eventually come to other Wear OS smartwatches.