Currents, previously Google+, shutting down next year in favor of Spaces in Gmail/Chat 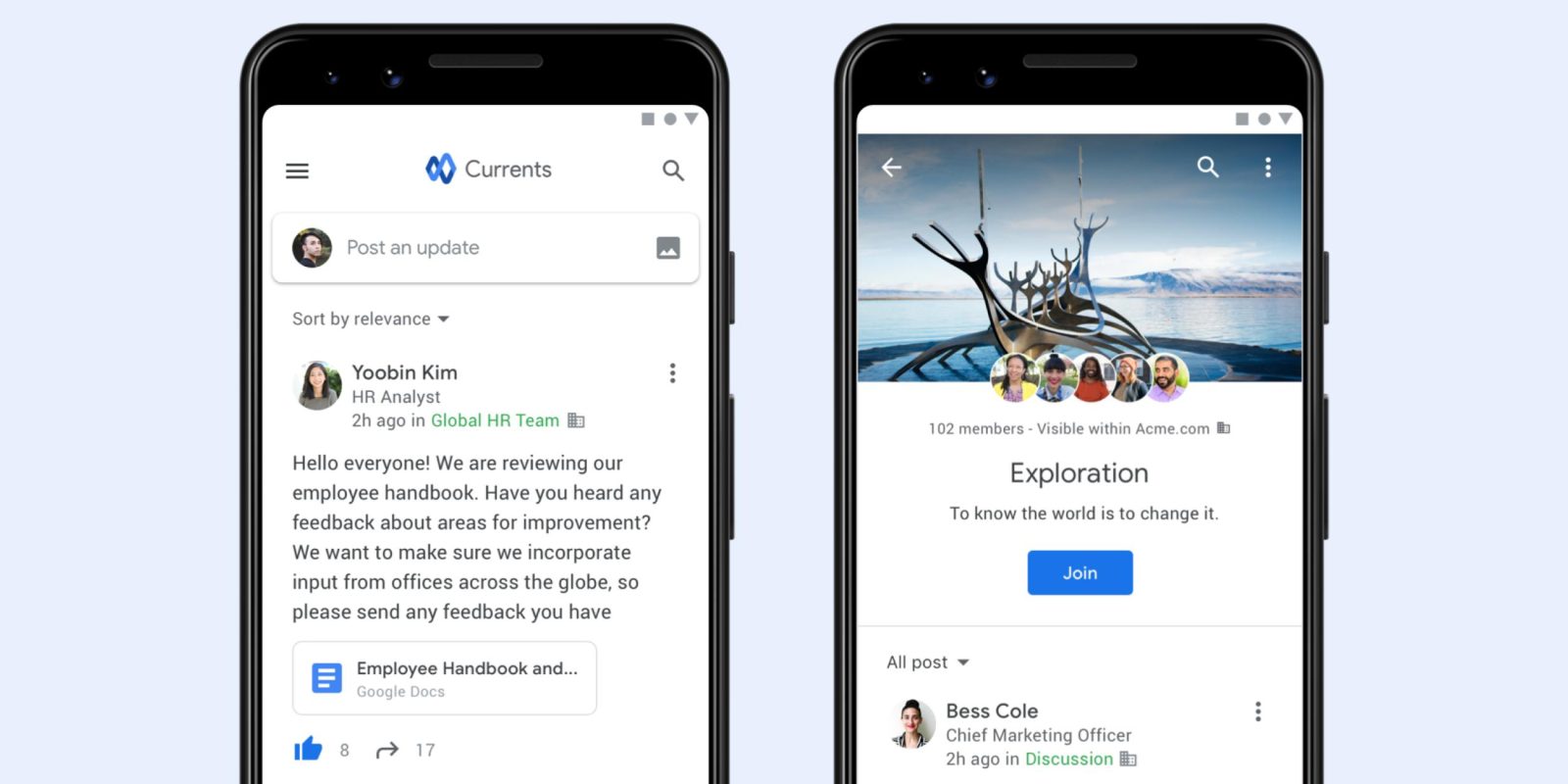 Google+ shut down in April of 2020 as a social network for consumers, but the product was kept around for businesses that wanted an internal tool to communicate with employees in a post/stream-like manner. Citing low usage, Google is shutting down Currents and replacing it with Spaces in the new integrated Gmail/Chat.

Spaces originally started out as “Rooms” but was given a big rename and overhaul when Workspace became available “for everyone.” It’s meant to be a “dedicated place for organizing people, topics, and projects” that closely integrates with Gmail, Calendar, Drive, and Meet. It’s roughly analogous to Slack, with new users naturally requesting more community-like features, like those found in Currents, for Spaces.

Given the similarity, Google is “planning to wind down” Currents next year. A migration path will see “remaining content and communities” brought over to Spaces.

Upgrading Google Currents to Spaces removes a separate, siloed destination for users, and provides organizations with a modern, enterprise-grade experience that reflects how the world is working today. Spaces provide a central place for teams to engage in topic-based discussions, share knowledge and ideas, move projects forward, and build communities and team culture.

That will require Spaces to gain a few new community-oriented features, including support for larger groups, leadership communication, advanced search with discoverability, and content moderation tools. Google previously announced that Spaces would be browsable instead of requiring a specific chat invite.

Google will provide a timeline for existing users (and admins) of Currents to migrate in the coming months. In the short-term, the following features are going away due to low usage: