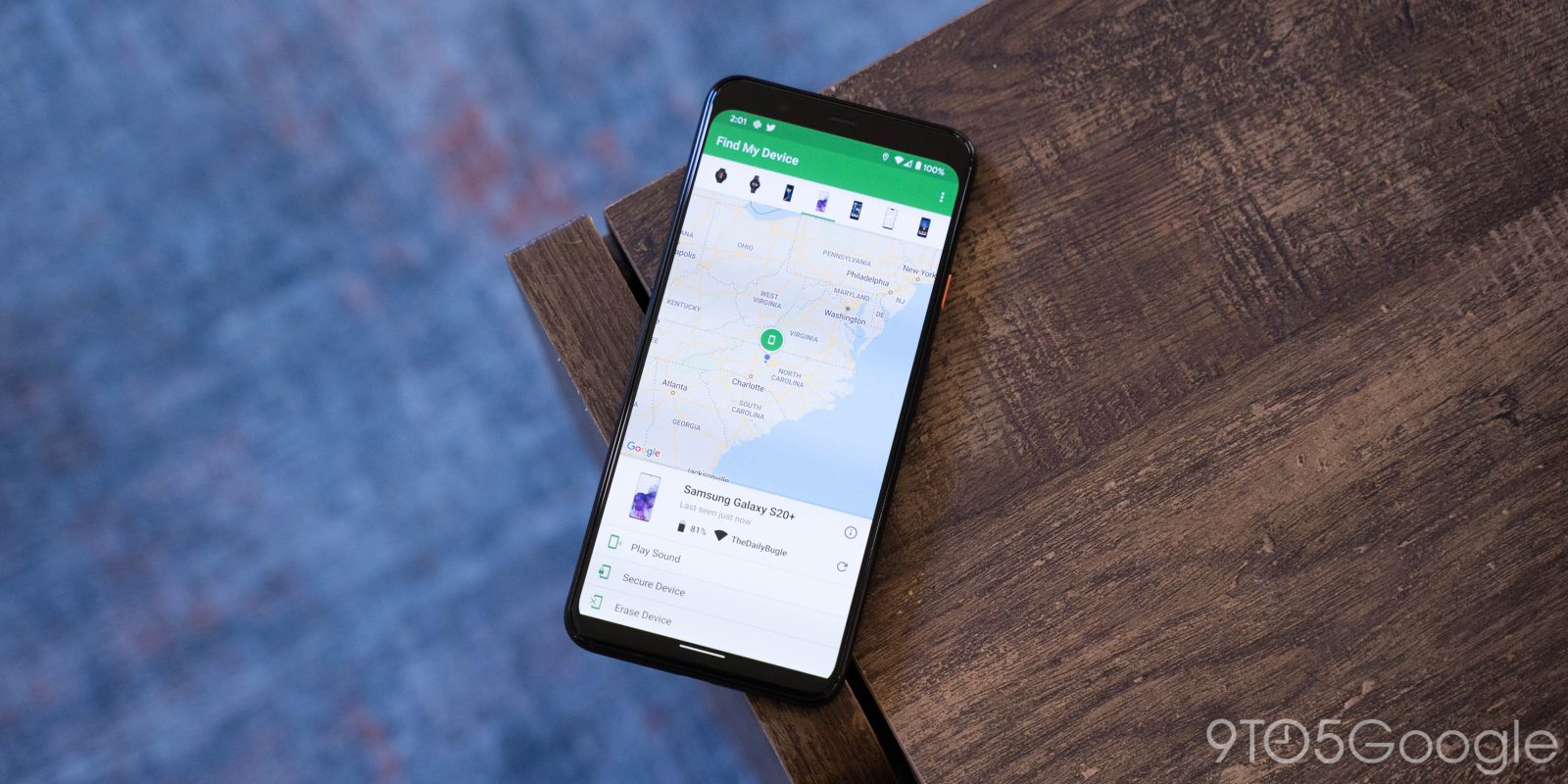 The Find My Device app on Android rarely gets updates, but it now has a new icon that better follows Google’s modern design language.

The icon remains a phone-labeled pin displayed against a green background. However, the white pin is now smaller and no longer has a shadow in the bottom-right quadrant. It’s very much in line with Google’s other flat icons. This tweak also makes the intention of the icon slightly more apparent.

Elsewhere, “Google Play Protect” becomes just “Google Play” – with an upsetting lack of centering – on the sign-in screen. Inside the app, Google makes use of outline-style device icons for the Play sound, Secure Device, and Erase Device actions.

The rest of the Android app is unchanged from its original Material Design look. It could use modernization eventually, but the primary way people use Find My Device at this point is presumably through the universal Google Search method.

Version 2.4.065 (versus 2.4.052) is rolling out now. If you’re installing via sideloading, we encountered an odd error where the update would not install (on Android 13 anyways) without first deleting the old app. This will presumably not be an issue when it becomes widely available via the Play Store.

More on Find My Device: