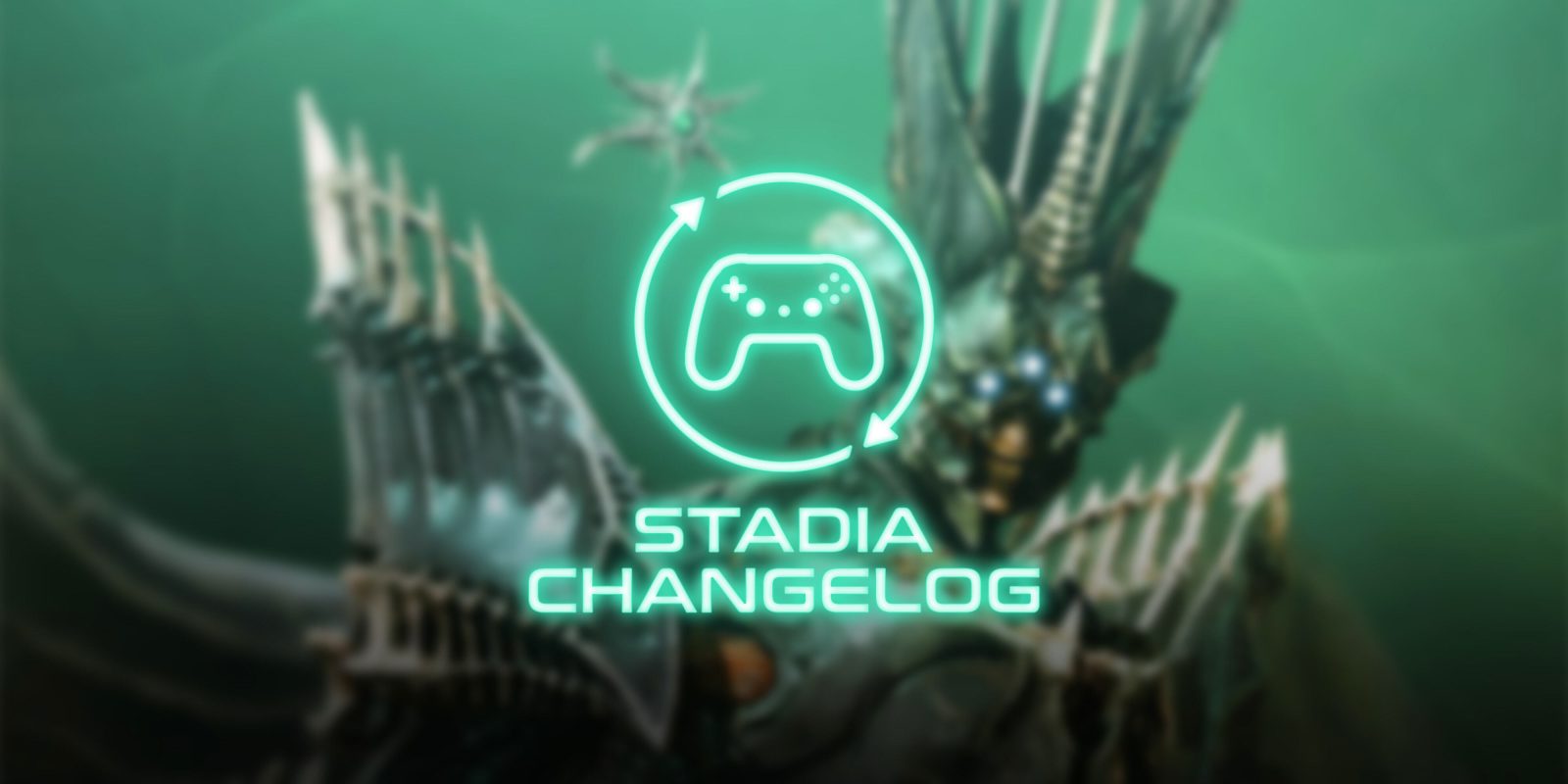 Google’s Stadia platform didn’t debut any new games this week, but it did get the major Destiny 2 Witch Queen expansion, as well as some other big game updates.

This was a quiet week for new games on Stadia, as not a single new game debuted on the platform, only a few new expansion packs.

So far in 2022, Google Stadia has added eight new games. In 2021, Google delivered 107 to Stadia, and the company promises at least 100 new games during this calendar year.

While there were no new arrivals this week, Google did confirm a couple of new titles coming to Stadia with the March 2022 Pro lineup. This firstly includes Adam Wolfe, a supernatural mystery game. The list expands with kaiju game Dawn of the Monsters, which is launching on Stadia Pro alongside PC. Race with Ryan: Road Trip Deluxe Edition will further add to Stadia Pro’s lineup of kid-focused titles.

One of Stadia’s flagship titles, Destiny 2, officially debuted its new and highly-anticipated Witch Queen expansion this week. The $39.99 expansion is available now on Stadia, and comes alongside the Season of the Risen event.

Delve into Savathûn’s twisted Throne World to uncover the mystery of how she and her Lucent Hive stole the Light. From the foundation of the glistening palace to the gnarled roots in the swamp, all that Savathûn hides can be found here. Craft custom weaponry in countless configurations, wield the new Glaive weapon type, and pierce the heart of the Witch Queen’s deceit.

Ubisoft this week released a new patch for Assassin’s Creed Valhalla, 1.5.0. The patch primarily prepares for the new Ragnarok update, but also includes a plethora of bug fixes. You can see the full changelog here.

In Assassin’s Creed Valhalla: Dawn of Ragnarök, Eivor must embrace their destiny as Odin, the Norse god of Battle and Wisdom. Unleash new divine powers as you embark on a desperate quest through a breathtaking world.

That update is already live on Stadia, and comes just in time for Valhalla to offer a free play weekend on Stadia. Pro subscribers can access the full game for free from February 24 through 28.

The first expansion pack for Farming Simulator 22 has been announced, and it will be available on March 22. The expansion adds 10 new vehicles from Antonio Carraro and is available as part of the year-one pass. StadiaSource has a few more details on this expansion pack.

The highly-anticipated indie title Skyclimbers has just revealed its first alpha teaser for the game’s Stadia port. Skyclimbers is still on its way to PC first, but with a release on Stadia coming sometime this year.

The unique early access shooter Nine to Five released its 0.4.2.0 update this week, with a handful of tweaks and improvements throughout. The folks over at Chronicles of Stadia have more details on the full changelog.

Grime on Stadia is now up to date with PC

Originally released on Stadia as a near-exclusive, Grime has just picked up its 1.1.56 update, which brings the game up to date with the PC port.