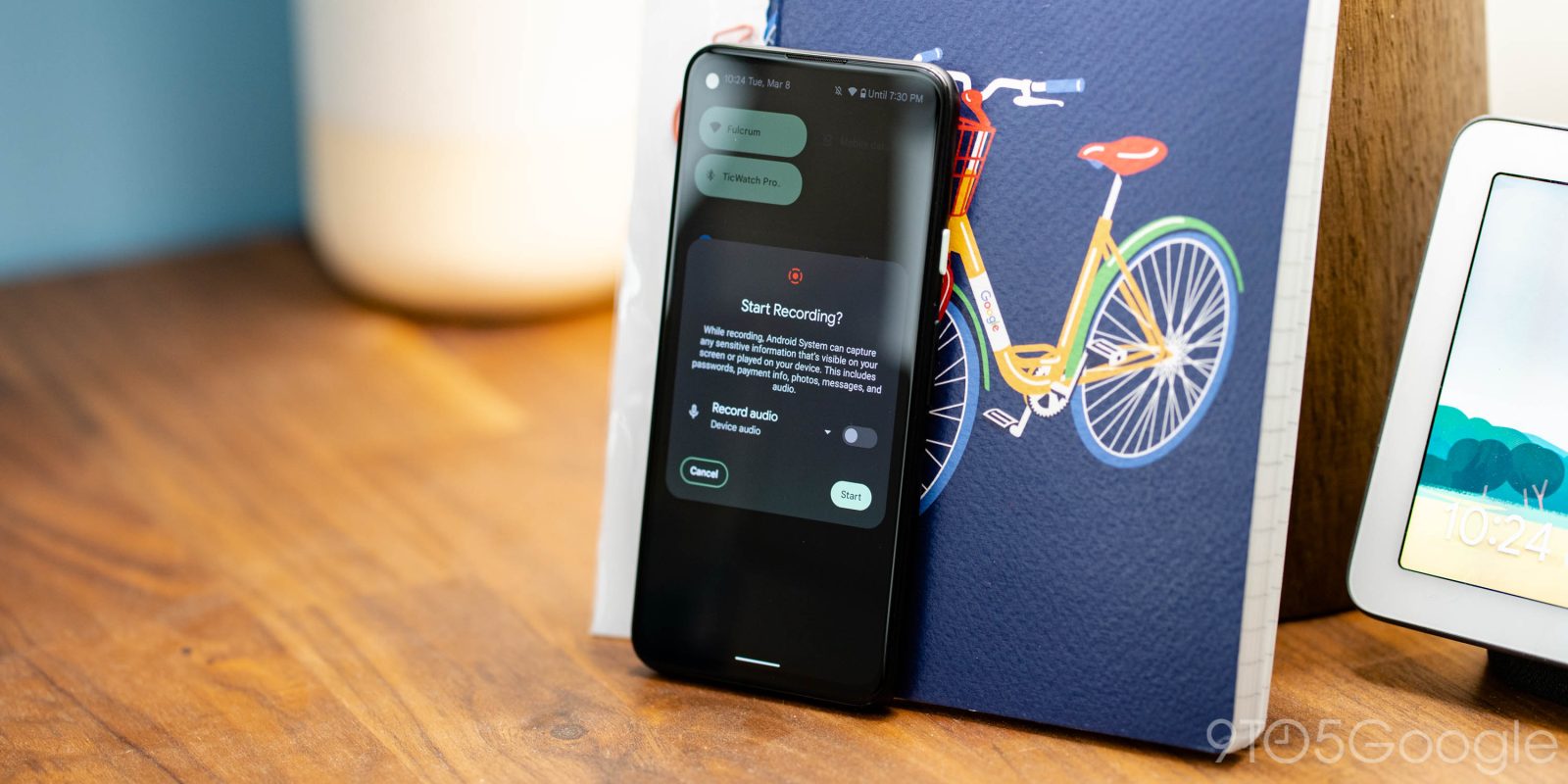 Google officially launched Android 12L yesterday with a focus on big screens, but also a bunch of new features and tweaks for existing Pixel smartphones. In Android 12L’s final release, though, the “show touches” option for the screen recorder on Pixel devices is missing.

A native screen recorder for Android first made its formal debut in Android 11 after appearing in an unfinished form with Android 10. Android skins from Samsung and other partners had long integrated the feature, but Pixel owners and others relied on third-party apps to accomplish the basic task. Google’s take on a screen recorder was always fairly bare-bones too, with a simple start button alongside two other toggles for recording device audio or showing touches on the screen.

As our Dylan Roussel pointed out shortly after we published this article, Google purposefully removed this option due to “changes in how the cursor is drawn,” strongly hinting this change won’t stick around for good.

Adding further hope that the feature will return is that the first Android 13 builds do still offer this useful feature. If Google does decide to do away with the “show touches” toggle in Android’s screen recorder starting with 12L, though, you can still access the option through Android’s Developer Options. Of course, that’s not nearly as convenient.