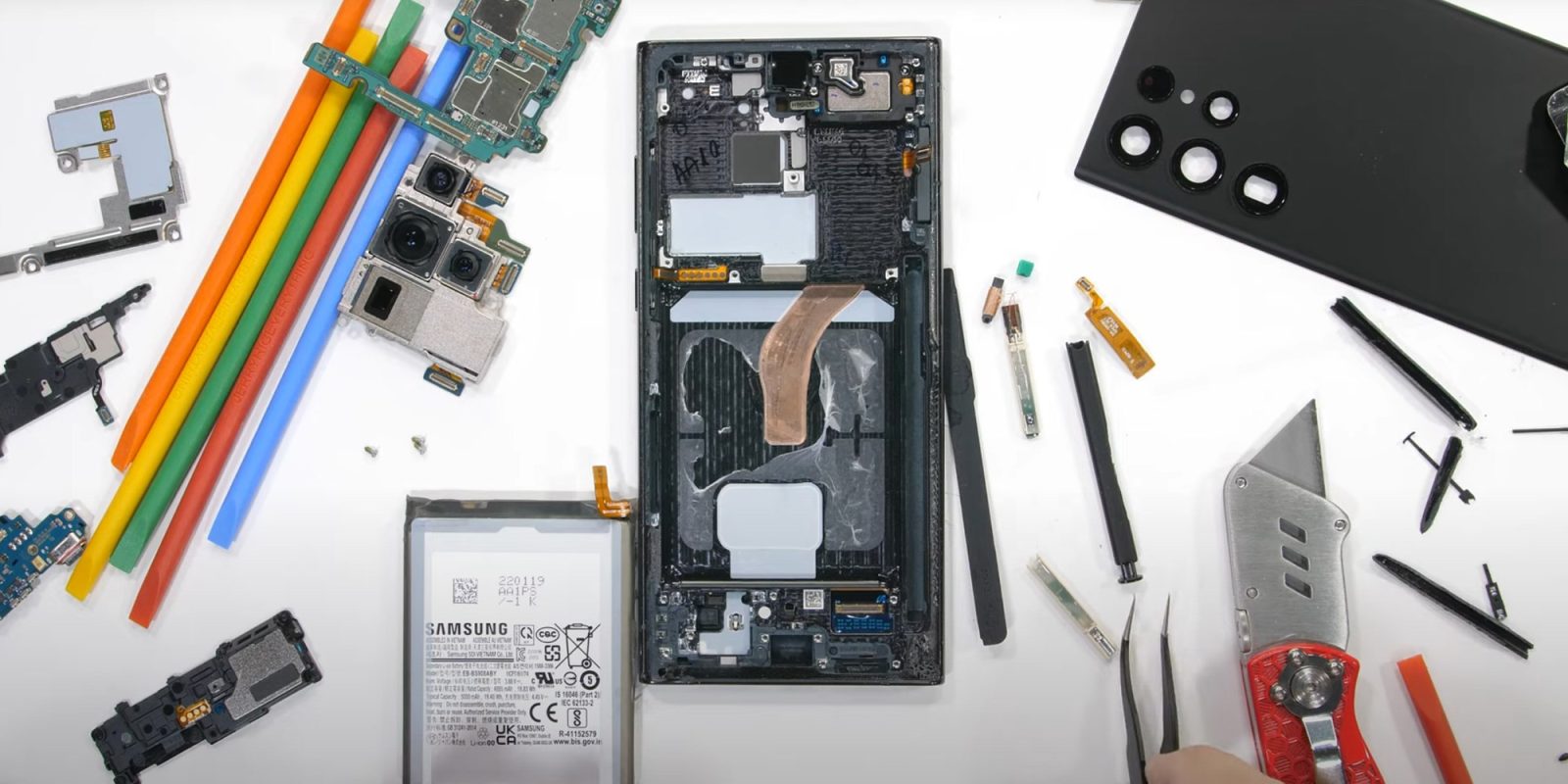 The Samsung Galaxy S22 Ultra has been available for a couple of weeks now, and so far, the verdict is that of a solid contender. To add, it looks like the quality isn’t just surface deep in this Galaxy S22 Ultra teardown.

It was only a matter of time before the Galaxy S22 Ultra made its way onto JerryRigEverything for a full teardown and analysis both on build quality and ease of repair. The first thing noted is an abundance of glue. It becomes apparent right out of the gate that Samsung hasn’t changed when it comes to the S22 Ultra and the amount of adhesive it prefers to use for flagships.

Once the back comes off, things become routine as Philips head screws are removed and extensions ribbons are unplugged. One thing to note — er, not Note. Ultra — is that many of the cutouts that would pose a risk if exposed to liquid are fully protected. That includes the USB Type-C port as well as the tightly-meshed speaker grill, which is again secured with a generous amount of adhesive.

As Zach moves up into the motherboard, it becomes clear how much is actually put into the camera array that comes packed into the S22 Ultra. The sensor and elements board is absolutely massive and take up quite a bit of space – the reason has a lot to do with the OIS capabilities that are packed into the 108MP main sensor and 3x and 10x telephoto lenses.

Something very neat to see is the periscope lens’ size, given that the elements are hidden away inside the chunky bit of the array. The OIS magic happens on the inside of that rather than at the lens itself, which is a fun feature.

The last highlight focuses on the S Pen silo with its waterproofing in full view. The way the silo is built allows the S Pen to be wirelessly charged while not in use, which means Samsung has to make at least one side out of plastic or rubber, which they did. In the teardown, you can easily see the plastic flap that covers the top of the silo with a small coil attached for wireless charging. Of course, under that plastic is more adhesive to keep water at bay. Since the S Pen is wirelessly charged, there is no need for ports or cutouts, which would need extra sealing.

Overall, the build quality of the Samsung Galaxy S22 Ultra is seemingly pretty high up there. Not to mention, there is no question that these powerhouses are watertight and can hold their own when exposed to whatever liquid you throw at them. 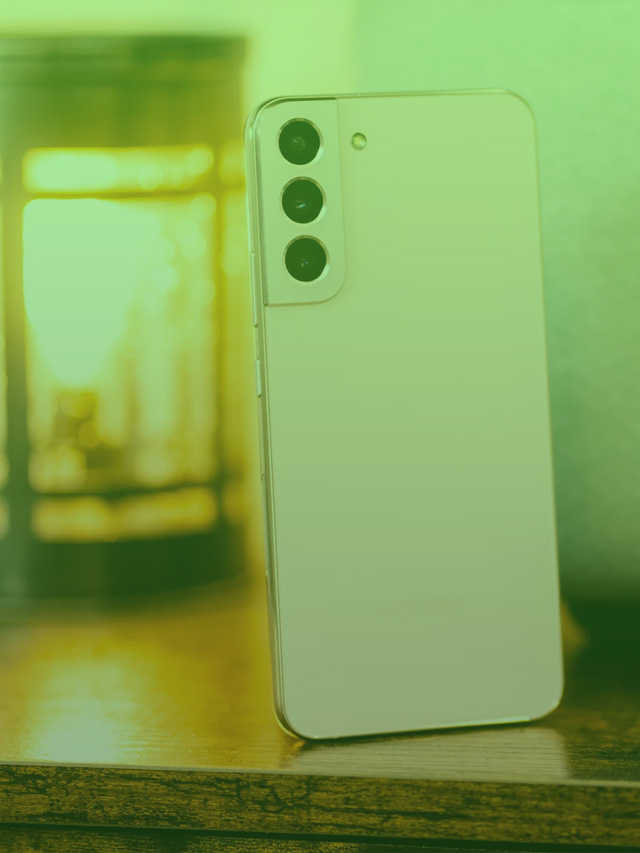 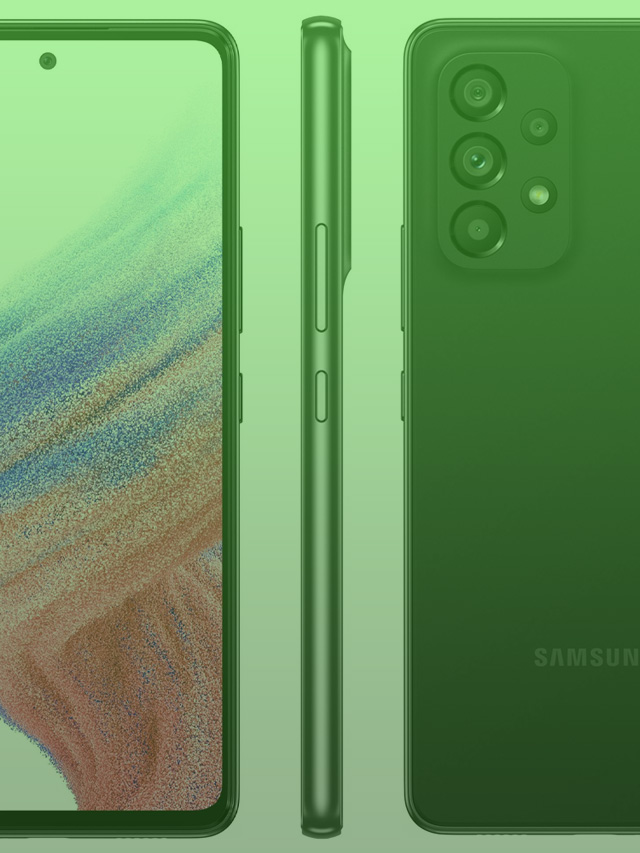 The Samsung Galaxy A53 leaks and tells all 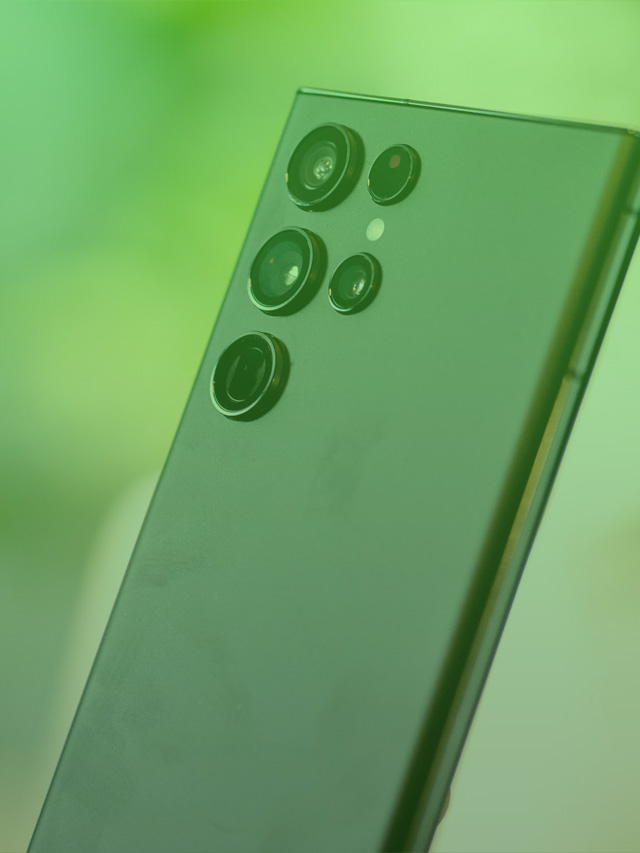