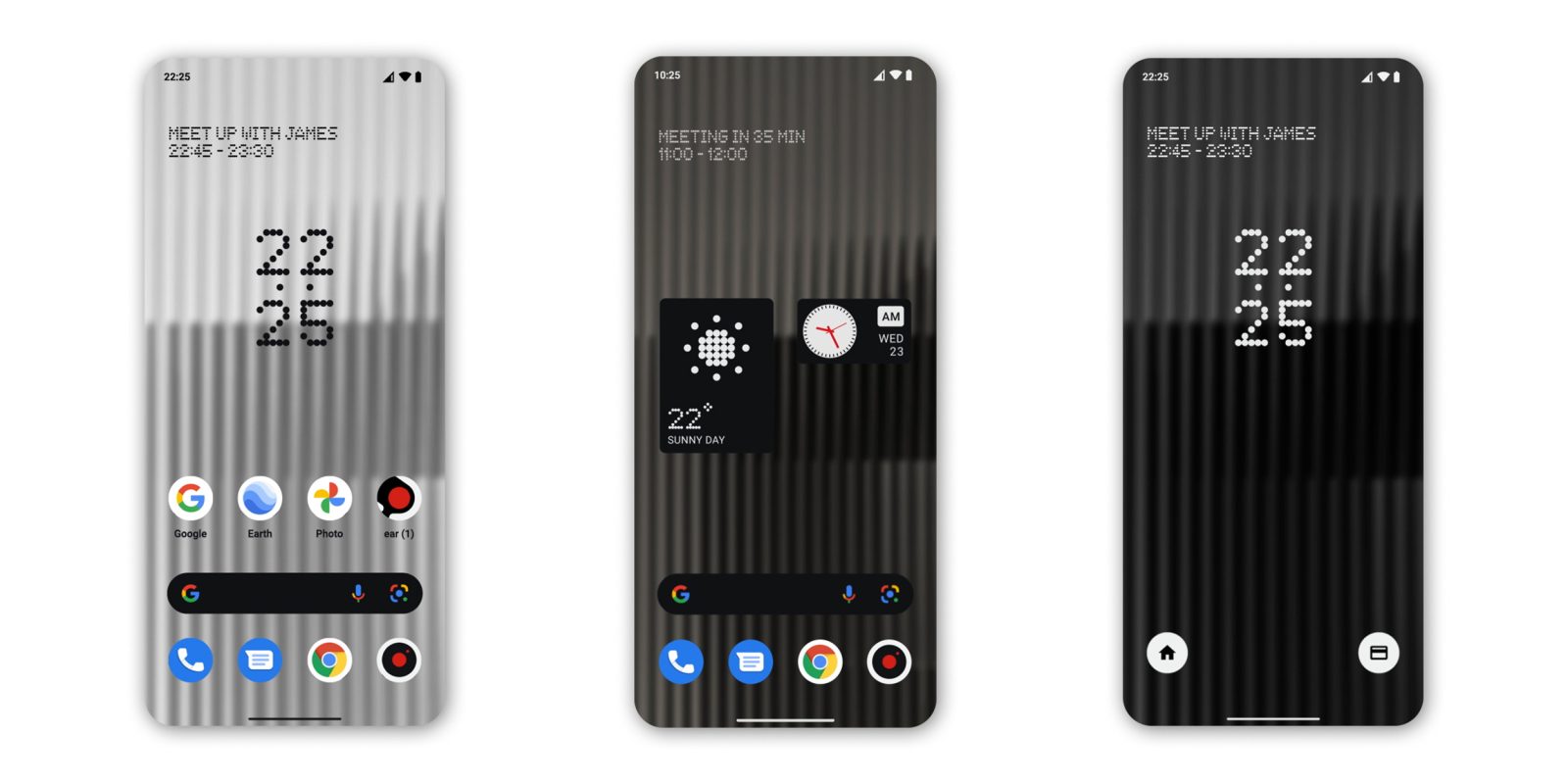 Despite having only launched a single product, during Nothing Technologies’ “The Truth” live stream CEO Carl Pei confirmed plans to launch an Android-powered phone called “phone (1)” in Summer 2022.

While the hardware details are not yet known, Pei shared details on the software that will ship with the Nothing phone (1) later this year. The firm’s first Android-powered device is set to come with Nothing OS pre-installed. This third-party skin is said to “effortlessly connect and integrate Nothing products.” At present, that product list is limited to just the ear (1) Bluetooth earbuds, but Nothing OS will also integrate with “products from other world-leading brands” according to the launch keynote.

Nothing OS on the phone (1) is said to be designed to “deliver a fast, smooth, and personal experience,” which sounds eerily familiar to the “fast and smooth” marketing used by Pei’s previous venture OnePlus’ previous device launches. Android fans will no doubt be intrigued to see just what Nothing OS has to offer and if it will provide a close to AOSP or Pixel-like experience albeit with a lick of paint. Other features touted include “bespoke fonts, colors, graphical elements, and sounds” plus three years of OS upgrades and four years of security updates to match Google’s current support plans.

While the smartphone is not expected to be unveiled until later this year, an early preview of Nothing OS will be available via its launcher. Nothing confirmed that it will be available to download on select smartphone models from April but did not specify which models will be eligible to try out this homescreen replacement.

A previously announced partnership with Qualcomm means that the Nothing phone (1) is set to be powered by a Snapdragon processor. However, no details were shared upon the positioning of the hardware meaning it’s unclear if it will offer a flagship processor such as the Snapdragon 8 Gen 1 – which has been used throughout 2022 by many flagship Android phones.

The GV-backed firm now becomes the second such company to enter the smartphone space after the now-defunct Nextbit, which was eventually acquired by Razer in 2017. We exclusively revealed that Nothing Technologies had previously acquired the similarly defunct Essential in late-2020, it’s unclear if this means certain patents will be utilized in the upcoming phone. However, no further details have been shared at this stage.