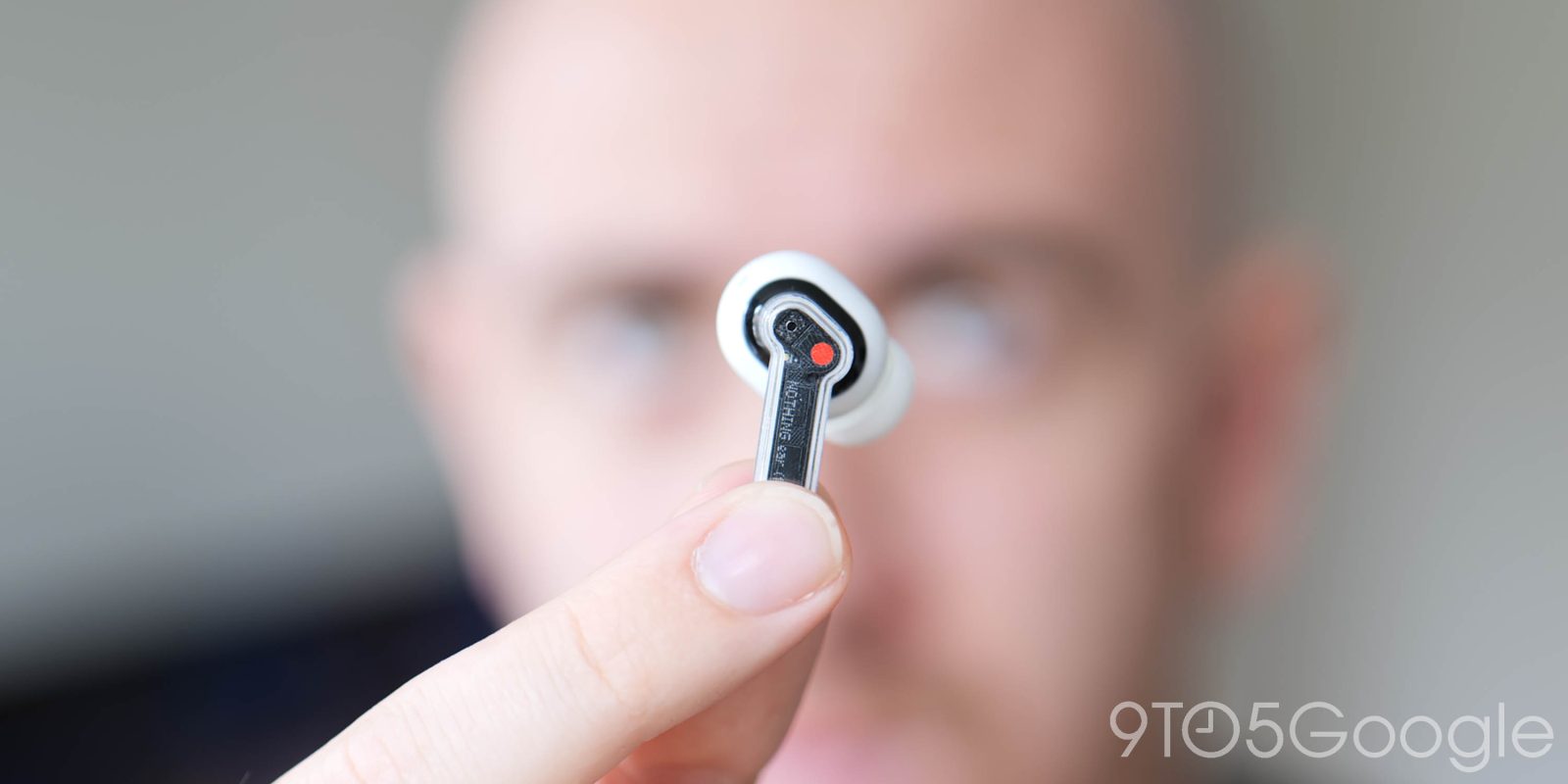 With a huge hype train comes the expectation that a product will deliver. There’s no denying that Carl Pei’s latest venture will have to live up to a lot of scrutiny over the coming months (and potentially years), but with the launch of the first product — the ear (1) earbuds — we now have a fairly good idea of what Nothing is all about.

I’ll say upfront that, unfortunately, I simply haven’t had enough time to give a full verdict on these Bluetooth earbuds. Since arriving I’ve had around 48 hours to get to grips with the earbuds, the accompanying app, and the all-important audio experience. Even despite a short hands-on period, I do have some thoughts though, and it would have been unfair not to share them with eager buyers or interested parties even at this early stage.

Vintage electronics have a rich history of clear offerings, and Nothing is by no means the first to try out the transparent tech aesthetic. The clear Gameboy vibes that Nothing has channeled with the ear (1) earbuds speak directly to my own sense of nostalgia — and I must say that it has worked a treat.

This is an important aspect of the design and look cultivated by the brand, as we get a glimpse of where Nothing sees itself in isolation to the rest of the market. By that, I mean that while many other brands would play the first product/hardware launch fairly safe, it’s nice to see Pei’s fledging company try something completely different with the ear (1) earbuds look and feel.

We’re still talking about sub-$100 Bluetooth earbuds though, and there are only a limited number of shapes, sizes, and styles to adopt. That’s a polite way to say that the Nothing ear (1) earbuds have a similar basic shape and size of the Apple AirPods Pro – with a notable twist.

The transparent design is not only striking as it lays bare some of the intricacies of the earbuds that otherwise wouldn’t be given a second thought. I applaud the tiny details such as the color tabs of red and white to denote the right and left earbud. Being able to see the layout of all of the tiny electrical diodes and microphones at the tips of each stem.

If this is a hint of what we’ll see from future Nothing-branded products, then I can really get behind the aesthetic. The case isn’t quite as intriguing to me, but it’s functional and adheres to the principles outlined by each earbud. I’d argue it’s actually a little large, but it does the job.

Because the earbuds have a familiar shape and size, the classic stem and bulb design work for most people. The combination of silicone tip and bulbous shape create a good ear seal, and each stem provides some added stability when fitted. I wouldn’t call them heavy at under 5g per bud either.

Even so, I wouldn’t say the ear (1) are the most comfortable earbuds I have ever tried. They are pretty much fine and even excessively movement doesn’t unseat them from my own ears. I will say that I prefer a dot-style earbud rather than earbuds with a stem, and so it shouldn’t come as a surprise that I personally don’t find the fit quite as secure. That said, the generic shape and size will suit many ear shapes and sizes and is a good decision at least for mass-market appeal.

I’ll give more of my thoughts on the sound quality in an upcoming full review, but I’m pleased to say so far so good on the audio front. Each earbud has 11.6mm drivers with tuning from Teenage Engineering ensuring that things can compete a little better with earbuds with bigger or multiple drivers. Things are clearly a step up from most budget Bluetooth earbuds already littering the market — I’ll admit that was a concern prior to launch but it has been unfounded.

For those wondering, SBC and AAC are the only codecs supported. It’s a shame that aptX HD isn’t available but I’d wager that this factors into the lower cost here. For true audiophiles, you’ll want to look elsewhere, but I can say with certainty that most people will be more than happy.

Nothing has touted Google Fast Pair support out of the box for those with Android devices — which we’re sure many of you are. This combined with a cross-platform app for firmware updates, configuration options and added controls might have piqued your interest.

But due to the pre-release nature of my review earbud units, I have been unable to actually use Google Fair Pair with the ear (1) earbuds. Nothing has confirmed to me that this is limited to pre-release devices and will be present on retail devices. I can personally see this being a big reason why Android owners might want to consider the ear (1) over other similarly priced audio accessories.

The Nothing ear (1) app is fairly simple and direct. When connected you can adjust touch controls to a very small set of options, with sound personalization and ANC settings also available with three modes and two levels to choose from. There is also a nice but similarly basic Equalizer to enhance the treble, bass, or voice – the latter being very good for podcasts.

I really like the ability to adjust the colors of the lights in the case from within this app. It’s a nice added personalization touch that many other earbuds simply lack. Kudos for this extra bit of attention to detail.

In short, it’s okay so far but it’s hard to truly judge at this stage. The fact that the case supports Qi wireless charging is a real bonus here even after a few days of use. Nothing’s claim of four hours per earbud with ANC active seems to be fairly accurate in my short experience thus far.

I’m in love with the transparent design of these Bluetooth earbuds, and it’s easy to forget that this is still a $99 or £99 product. I’m still learning just how good the audio quality on offer is, but at this stage it’s promising given the aforementioned pricing.

We’ll have a full review in the coming days when we’ve had the opportunity to put Nothing’s ear (1) earbuds through their paces. So stay tuned until then, but let us know your thoughts down in the comments section below.

Where can I get the Nothing ear (1) earbuds?