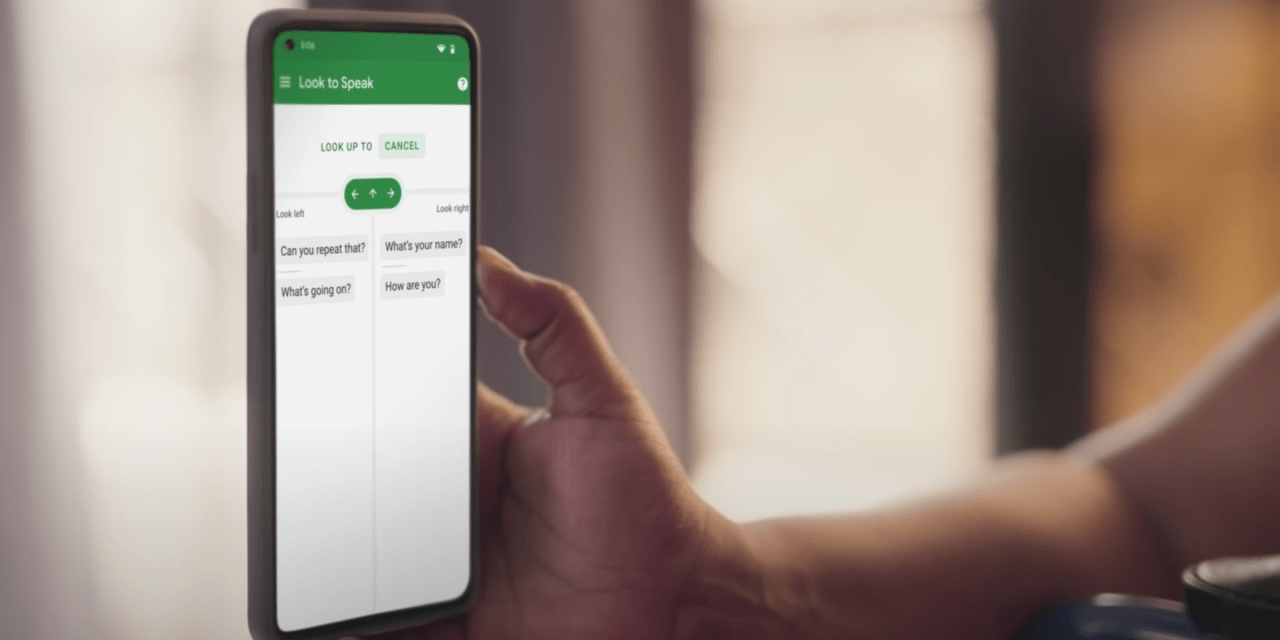 Back in 2020, Google released an experimental Android app that lets those with speech and motor impairments communicate by tracking eye gaze. Look to Speak got a high-profile Google ad at the Oscars this evening.

Look to Speak leverages your Android phone’s front-facing camera to let people gaze left or right to select from a list of phrases that’s then read aloud with text-to-speech. The phone is placed in front of a user (preferably mounted) with a clear view of their eyes needed. Besides setting what text appears:

Customization options let users set the gaze off-screen distance (close, medium, and far), as well as the gaze duration needed to trigger. A feedback ping is available to confirm every selection. The app can be paused/”snoozed” at any time (by looking up) so that it’s not always looking for your gaze.

Developed by the Google Creative Lab, the app was updated to work in additional languages back in November. Look to Speak is available on phones running Android 9 and newer in the Play Store.

Google’s minute-long ad features close-ups of people’s eyes before showing a demo of Look to Speak in action. A screen recording from a Pixel 5a/5/4a 5G looks to be edited over an unknown device (in a case) with volume rocker on the left edge and six rear-facing camera cutouts. It aired two hours into the broadcast.

The ad ends with Google naming “Look to Speak” and a “Technology that’s built to help” tagline before ending on the company logo. A version of this video with audio descriptions is available here.

Earlier in the evening, Snap aired an ad about Fingerspelling Lenses, while Meta showed its month-old WhatsApp end-to-end encryption clip.