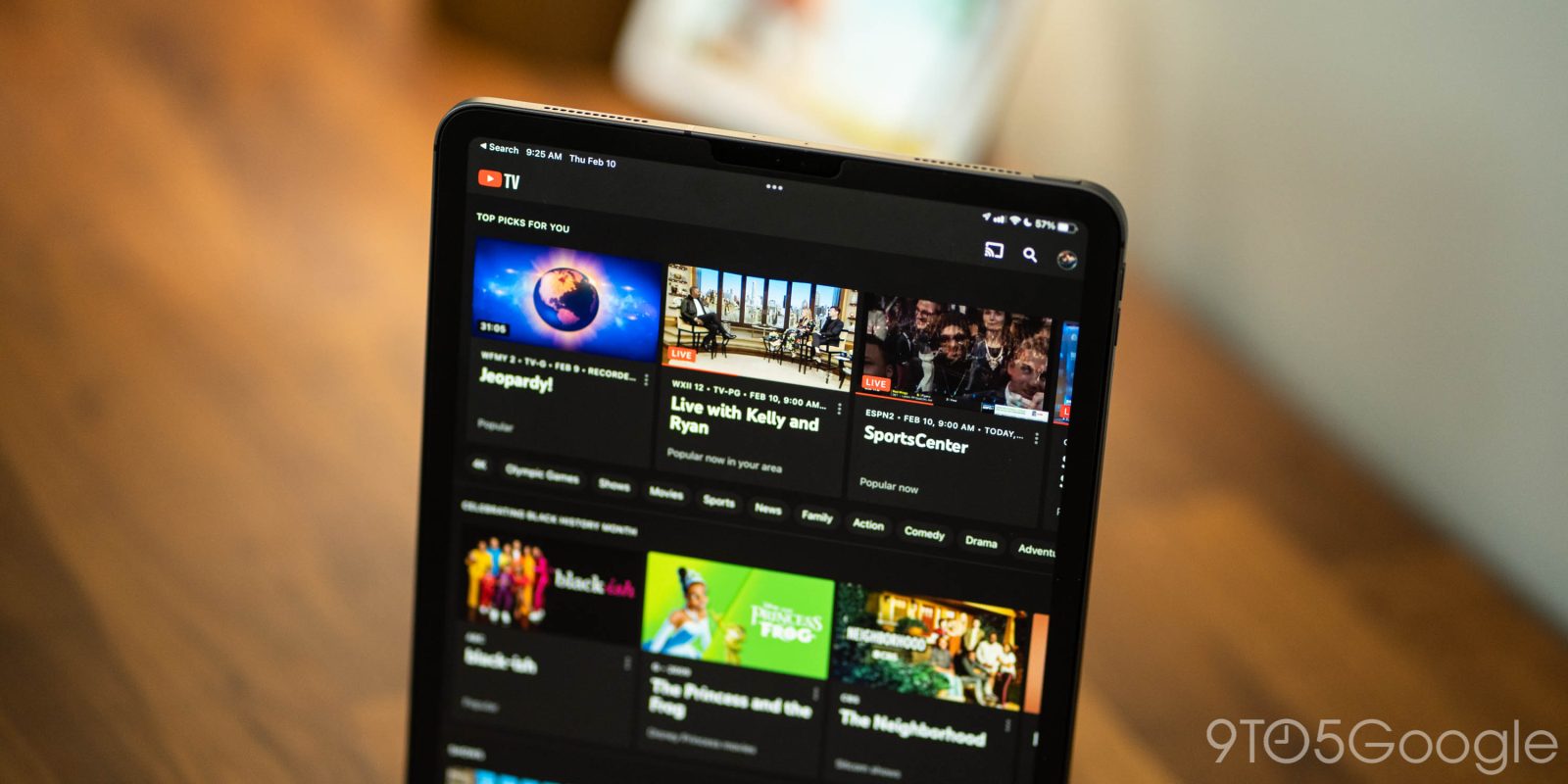 As promised in February, YouTube TV is rolling out picture-in-picture (PiP) to its iPhone and iPad app. It comes as the main YouTube for iOS client is still only previewing an identical capability.

YouTube TV tweeted today that picture-in-picture is “now rolling out” to phones and tablets running iOS 15:

Simply select a video to watch and swipe ⬆️ from the bottom of the screen to return to the device’s homepage. The video can scale down and move across your screen.

That said, PiP is not yet widely available on iPhone and iPad devices we checked running version 6.07 (from February 23) of YouTube TV this afternoon, and it looks to be coming via a server-side update.

This “key feature” has taken a surprisingly long time to arrive, with Google today acknowledging people’s patience. Even in the main YouTube client, PiP is only available for YouTube Premium subscribers that manually enable an experiment. That said, the primary video app has the benefit of background audio and continuing playback when you’re out. YouTube TV would just stop upon users closing the application. PiP is a much-needed feature for any modern streaming client, especially to ensure a good tablet experience.

Today’s feature update follows another one earlier this week about expanding surround sound support. YouTube TV is still working on the Apple TV, but 5.1 audio is coming next to Android/Google TV devices and Roku.