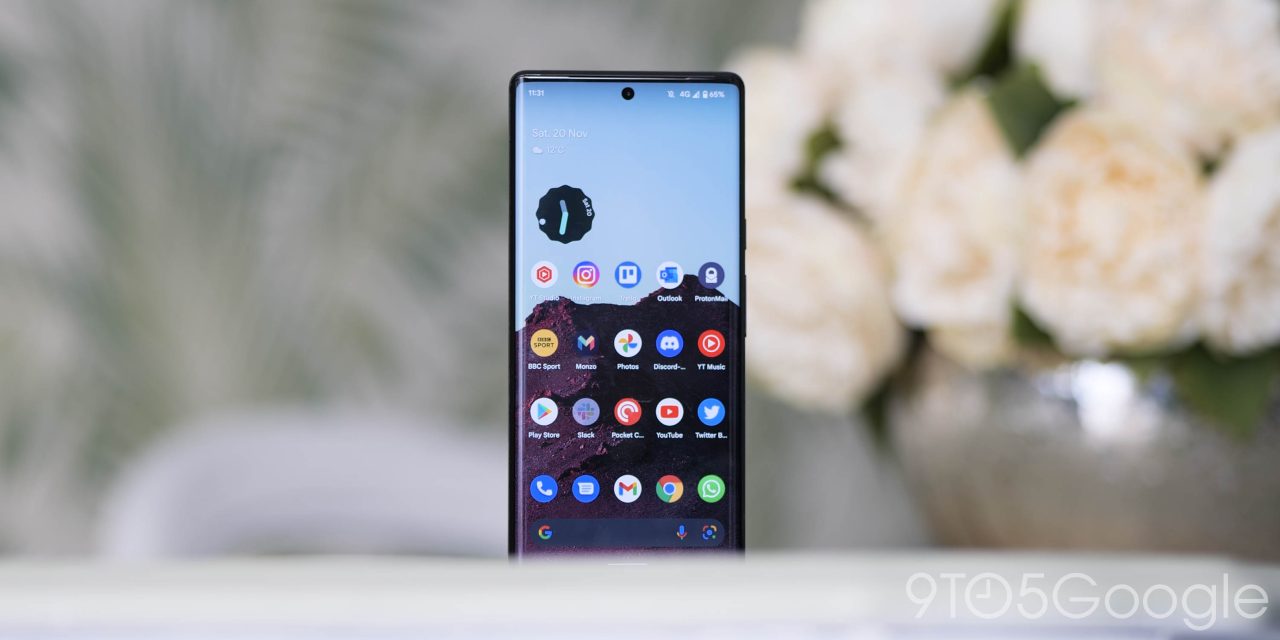 With the March Feature Drop, Google announced that your Pixel’s home and lockscreen would start showing more contextual information. As the month comes to an end, At a Glance is only now beginning to roll out the “Connected devices” Bluetooth integration.

One user this evening had At a Glance show that their Bluetooth headphones (whatever they’re named) were connected and fully charged. It disappeared shortly after and presumably only appears upon initial connection, like Fast Pair’s “Your saved device is available” notification.

Going into preferences by long-pressing the top of the homescreen > Customize > settings gear icon reveals a new “Connected devices” option alongside the existing Timer and stopwatch, Bedtime, and Fitness.

Connection status and battery info for your Bluetooth devices

Google announced that addition to At a Glance with this quarter’s Pixel Feature Drop alongside the battery widget. The latter is more widely available at this point — update Setting Services — than the former, which is presumably a server-side rollout that has only just begun.

We’re also supposed to get a “safety check countdown from the Personal Safety app, reminders to turn off your alarm if the next day is a holiday, and earthquake alerts for your area.” It’s possible that those At a Glance capabilities do not have user-controlled toggles and will go live alongside the Bluetooth device integration.

As of this evening, we do not see the Connected devices on several Pixel phones we checked that are running Android 12L (March), QPR3 Beta 1, and 13. Hopefully, a wider rollout is coming for all users as we enter April.