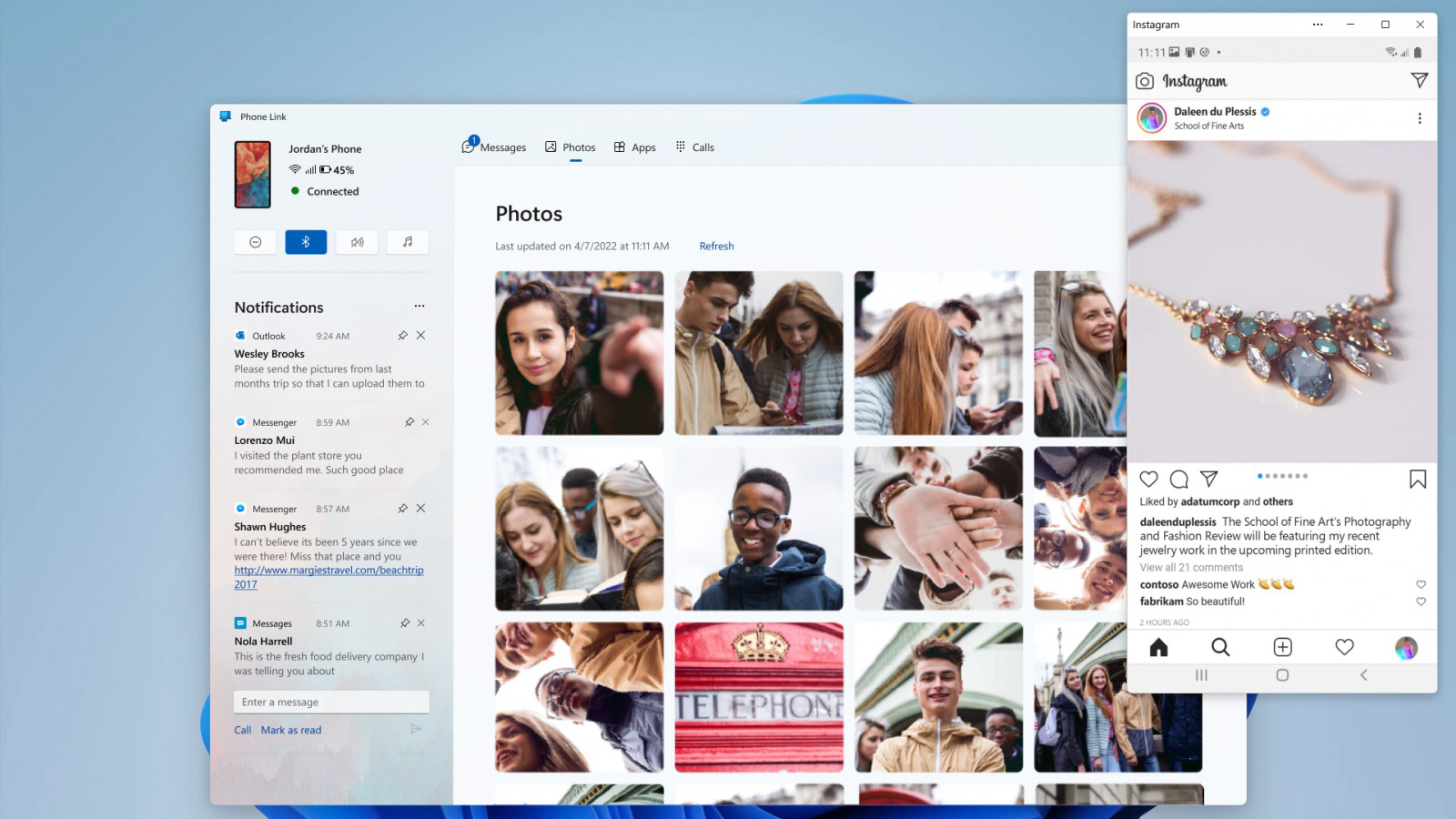 Microsoft has been improving how Windows talks to Android devices over the past few years, even going as far as integrating Android app support directly into Windows 11. Now, the popular “Your Phone” app is getting a Window 11 makeover under the name “Phone Link.”

A couple of years after its debut, Microsoft is ditching the somewhat confusing “Your Phone” brand for its Android connection app, now calling it “Phone Link” on Windows 11. The app has the same functions under this new brand, but has revamped interface. The phone app on Android, meanwhile, is now called “Link to Windows.”

The new design for Phone Link on Windows 11 puts notifications front and center instead of burying them under a button. They’re now always visible on the left side of the app. The app is also adopting a tabbed interface with sections for messages, photos, apps, and calls. The redesign further adopts design elements from Windows 11 including rounded corners.

Phone Link is also adding support for machines used in China. This is part of a partnership with formerly Huawei-owned brand Honor, which is bringing native support for Phone Link to Magic V, Magic 4, and Magic 3 devices. This is the same support as is found on Samsung and Surface Android devices, which allows mirroring of apps and other more advanced features.

Phone Link is now available in China thanks to a partnership with HONOR, making these experiences now available on HONOR Magic V, Magic 4 series and Magic 3 series devices, with more to come.

Rounding out this update, Windows 11 will also add support for setting up Phone Link during Windows setup instead of saving it for a later time. That change will go live with the next Windows 11 update.

“Phone Link” is rolling out now via the Microsoft Store as an update to the “Your Phone” app.