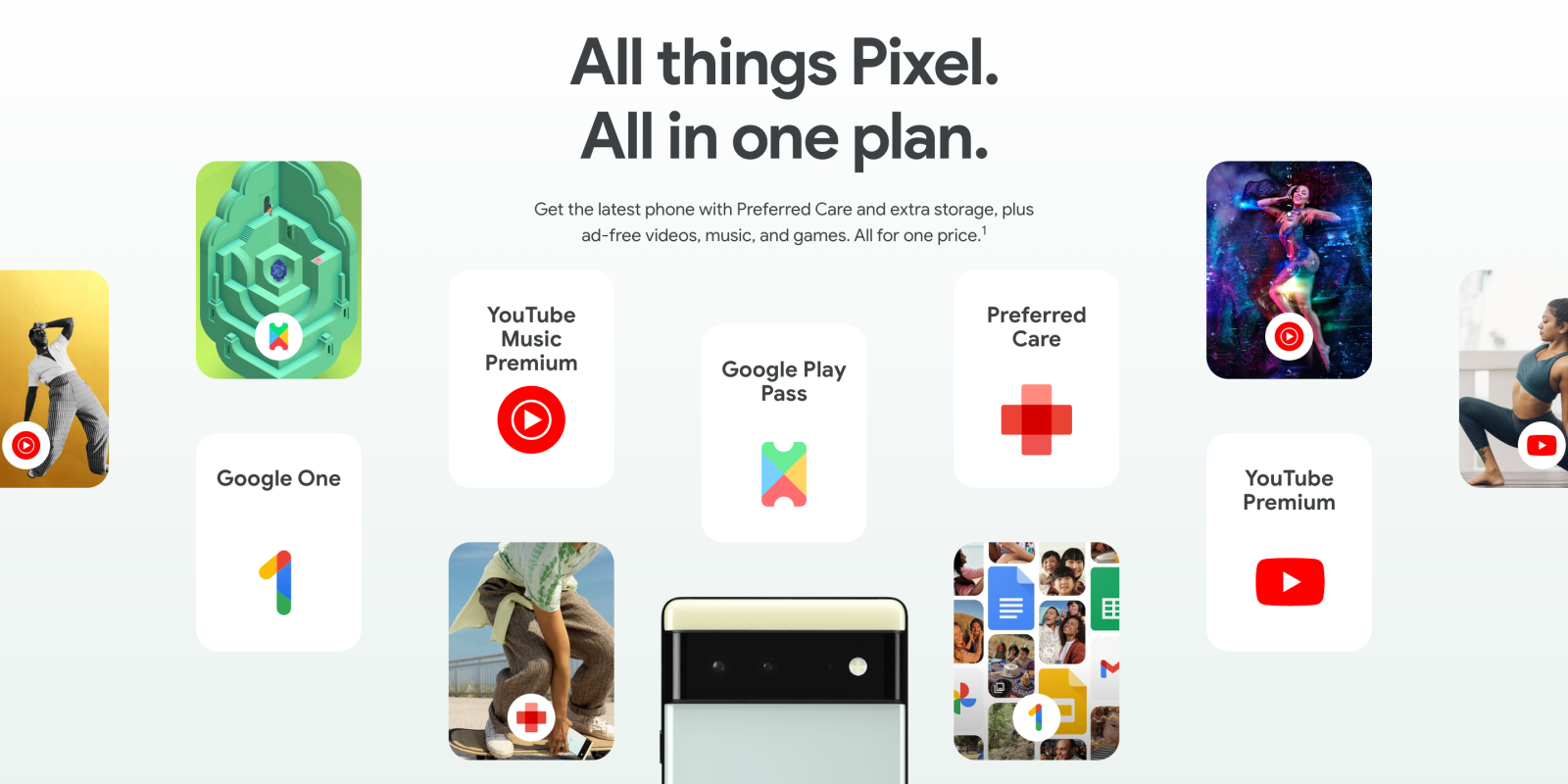 Google’s hardware storefront is rarely updated outside of product launches and the holiday season at year’s end. In the US, the Google Store is now being used to prominently advertise Pixel Pass.

It replaces the “new Pixel 6 phones are here” advertisement that primarily talked about Google Tensor and how the devices “adapt to you.” That blue cover and copy is still found elsewhere around the world as the Pixel Pass is only available in the US.

The tagline for the subscription offering is “All Things Pixel. All in one plan.”

Get the latest Pixel phone with Preferred Care, extra storage, ad-free entertainment, and more. For one low monthly price.

It comes as Apple is rumored to be doing something similar for the iPhone. Pixel Pass from the Google Store offers phone upgrades every two years, 200GB of Google One cloud storage, Preferred Care replacements/repairs, YouTube Premium (including Music Premium), and Play Pass. Meanwhile, it will discount your Google Fi plan by $5.

Pricing starts at $45 per month for the Pixel 6 and $55 with the Pixel 6 Pro. Depending on storage, savings over two years are up to $176 on the smaller phone and $294 on the other. You can pay off the remainder of the phone cost to cancel.

The Google Store swapping up what it’s immediately showing shoppers comes as the company will presumably want to give central billing to the Pixel 6a when that’s launched. Meanwhile, at the very bottom, Google is advertising how the “Pixel is the official fan phone of the NBA.”