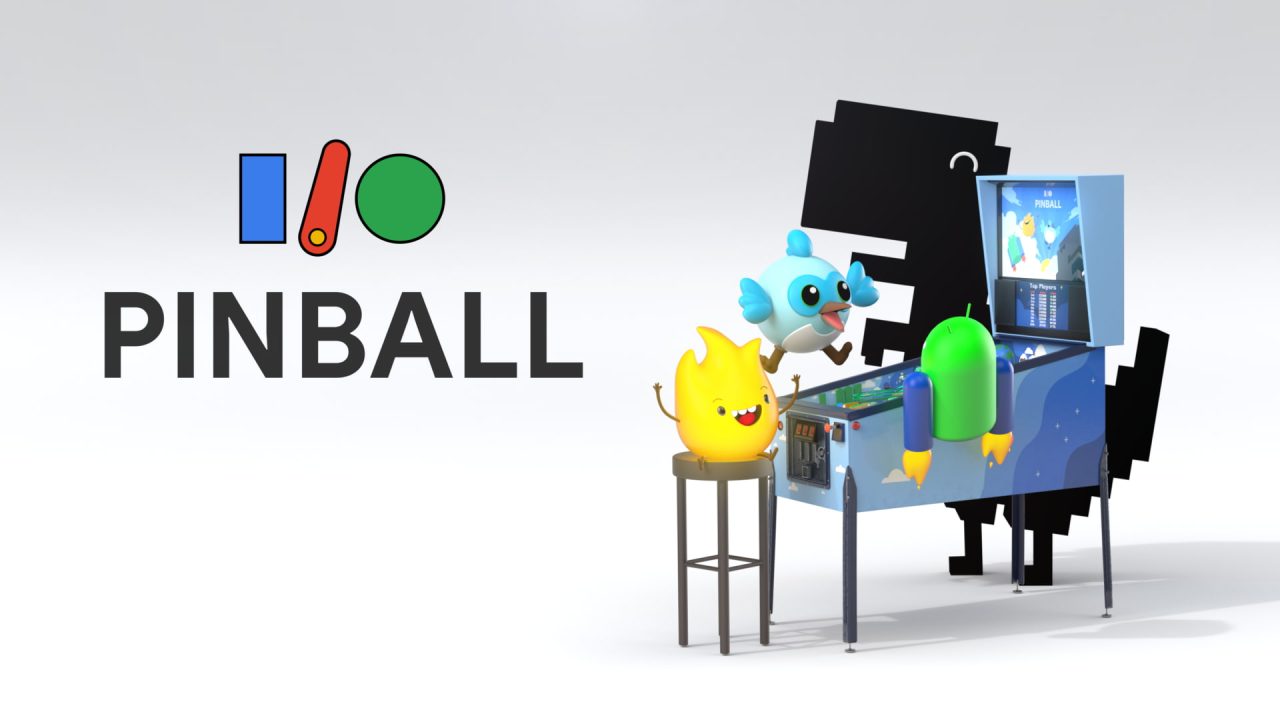 Ahead of Google I/O this week, the company has prepared a free online pinball game featuring the mascots of Android, Chrome, Flutter, and Firebase.

Every year, Google takes some of their hottest technologies and combines them to create a playful app that celebrates how the I/O conference brings together developers of all disciplines. Last year, this took the form of a virtual photo booth where you could take fun little pictures with your favorite Google developer mascots like the Android Bugdroid, Chrome Dino, and Dart/Flutter’s Dash.

This year, the mascots are back in the form of a Google Developers–themed pinball machine. Keeping in theme, I/O Pinball covers three major silos as it is a web app (Chrome) that is built with Flutter and uses Firebase for hosting and the high score board. Better yet, the game is also open source (the repo is linked in-game but has not yet gone public) if you want to see how it was done.

Setting aside the how and why, at its core I/O Pinball is a fun, free online game that keeps us coming back for more. Controls are simple, using either keys or your touchscreen to activate the flippers. Before you start, you’re able to choose your favorite of the four mascots, which will serve as your token in the leaderboard and the color of your ball. You’ll also notice a few other details surrounding the game itself, such as the arcade’s carpeting and the neon of nearby machines, be recolored to match.

Like any good game of pinball, I/O Pinball includes a variety of secrets, goals, and ways to rack up your score quicker. Disturbing Dash’s nest in the top-right corner will activate multiball, while the ramp up to the Android’s spaceship gives your current ball an increased score multiplier.

Sparky’s laptop sets your ball on fire for a few seconds, and Dino will eat your ball and spit it back out in a different direction. Near the flippers, there are also the letters of “Google” that you can light up by rolling over special Google Play areas. This is yet another way to activate multiball.

The game is not without its minor bugs, though, with pinballs on rare occasion managing to clip past the flippers or the game freezing due to an excess of sound effects. Those issues notwithstanding, I/O Pinball manages to be a fun, free time-waster that has some members of the 9to5Google staff gunning for the top of the leaderboard.

What’s your highest score in I/O Pinball? Let us know down in the comments.