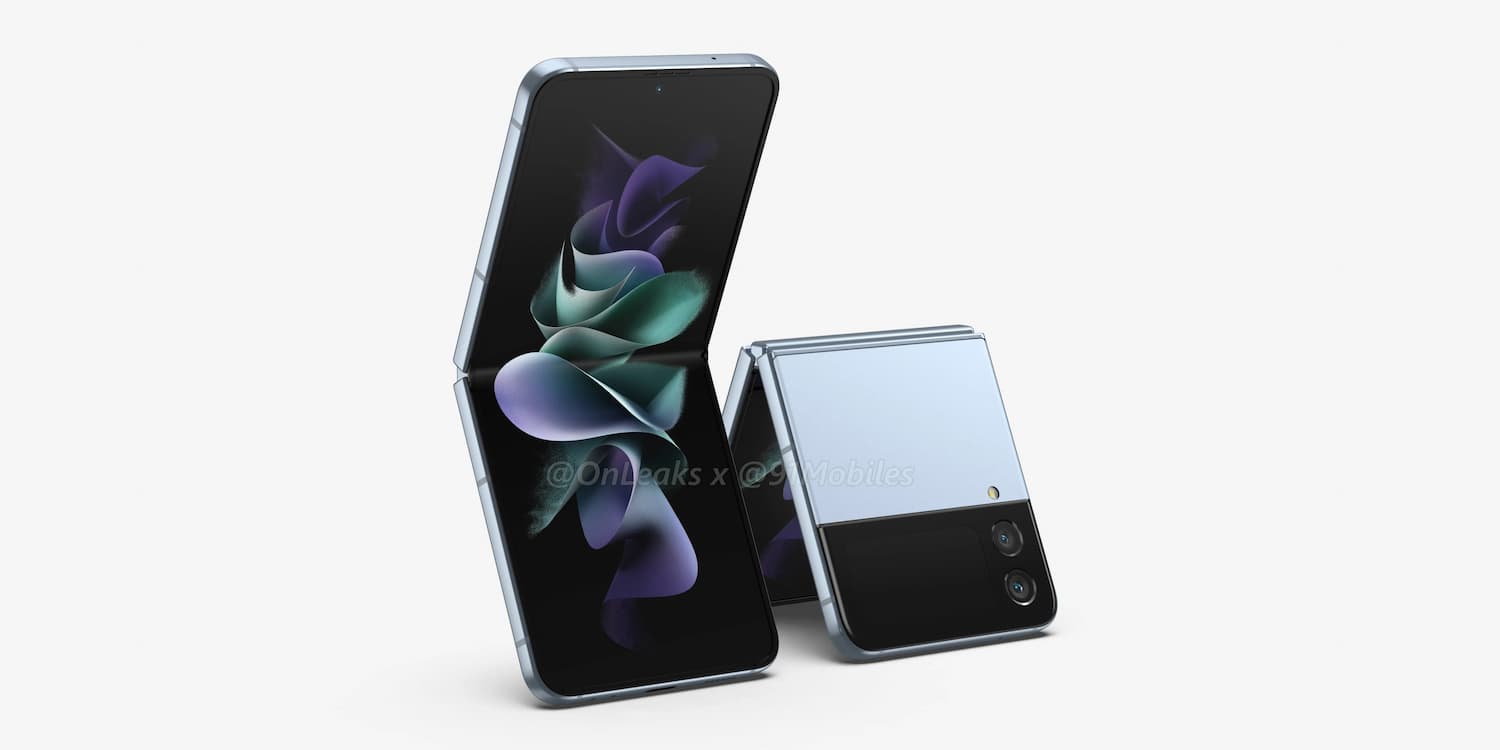 Just a few hours after the Galaxy Z Fold 4 leaked, we’re now getting a first look at the Galaxy Z Flip 4 design, which seems to be mostly unchanged.

@OnLeaks with 91Mobiles today leaked CAD-based renders of the Galaxy Z Flip 4, which gives us a good idea as to what this upcoming foldable will look like. Unsurprisingly, it seems the Galaxy Z Flip 4 will share its design with the Flip 3 for the most part, with no immediately visible changes to the exterior.

Like the Flip 3, Samsung’s new clamshell has a two-tone front with a small display alongside two camera sensors, and an LED flash on the colored glass panel above. The back of the phone remains blank, with a side-mounted fingerprint sensor/power button with volume keys directly above.

The only notable change we can see so far is in the overall dimensions of the Galaxy Z Flip 4. Apparently, this new device will measure in at 165.1 x 71.9 x 7.2mm. That’s slightly smaller, but also slightly thicker than the Galaxy Z Flip 3, both measurements being taken when the phone is unfolded. The thicker body could make way for the apparently bigger battery.

Samsung is expected to launch the Galaxy Z Flip 4 and the Galaxy Z Fold 4 around August of this year, both with a Snapdragon 8 Gen 1 Plus under the hood.