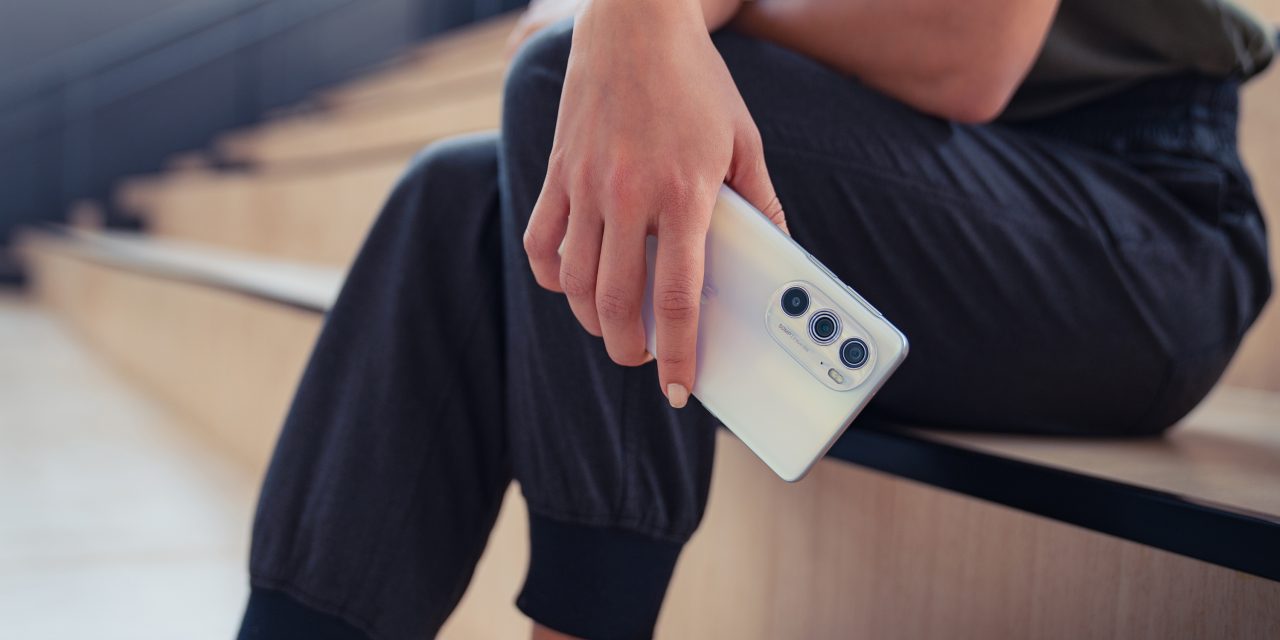 All of today’s best deals are headlined by a $100 discount on the Motorola Edge+. That’s alongside Arlo’s Essential indoor smart camera at $80 and an ongoing Fitbit Charge 5 price cut at $123. Hit the jump for all that and more in the latest 9to5Toys Lunch Break.

Amazon is now offering the new Motorola Edge+ Android Smartphone 512GB for $900 in several styles. Normally fetching $1,000, today’s offer is only the third offer since launching earlier in the spring at $100 off and the second-best to date at within $1 of the all-time low. Everything for the new Motorola Edge+ is centered around a 6.7-inch 1080p 144Hz display that’s powered by the new Snapdragon 8 Gen 1 SoC – a first for Motorola.

If the 512GB of storage wasn’t already an eye-catcher, there’s also 12GB of RAM to pair with the 4,800mAh battery. Not to mention 5G, Wi-Fi 6E, and an included charger in the box round out the package with 3 years of security updates. All of the other details await in our launch coverage, too.

Amazon is now offering the Arlo Essential Indoor Camera for $80. Normally fetching $100, this is only the second notable discount to date at 20% off while coming within $1 of the all-time low set back in January. Delivering a standalone smart home security camera that pairs right to your home’s Wi-Fi, Arlo Essential sports an indoor design that’s backed by a 1080p sensor and 130-degree field of view.

Taking more of a privacy-focused stance, there’s a built-in automated shield that covers the camera lens while you’re home for some extra peace of mind. Then other features like support for both Alexa and Google Assistant, night vision, motion alerts, and two-way talk round out the package. Our hands-on review takes a look at how the camera fairs in an Assistant ecosystem

Amazon is now offering the Fitbit Charge 5 Advanced Fitness Tracker from $123 in several styles. Typically fetching $180, this is marking the second-best discount to date at 32% off while delivering the lowest price since back in January when it was $3 less.

Sporting an always-on OLED display, Fitbit Charge 5 is the brand’s latest fitness tracker and delivers a series of specs to back that up. Alongside heart rate and sleep tracking, there’s also SpO2, a new Daily Readiness Score, skin temperature, and the just-released ECG monitoring. There’s also 7-day battery life to round out the package alongside a refreshed and premium design. Dive into our launch coverage.

Amazon is currently offering the all-new Samsung M8 AirPlay 2 Smart Monitor for $600. Marking the second cash discount to date, today’s offer delivers a return to the all-time low at $100 off the usual $700 price tag.

Arriving with in one of four iMac-inspired designs, Samsung’s recently-released M8 Monitor just launched earlier in the spring and delivers a 32-inch 4K HDR10+ panel backed by other notable features. The USB-C connectivity can dish out 65W power to a connected device and rounds out the package alongside the modular SlimFit Camera. On the software side, you can expect to take advantage of AirPlay 2 alongside all of the built-in Netflix, Microsoft Office, and video calling features. Get the full scoop in our launch coverage.

Amazon is now offering the entry-level Kindle starting at $60 for the ad-supported model. Normally fetching $90, today’s offer is now 33% off and sitting at the third-best price to date. Today’s offer is also the lowest we’ve seen in over a month. Plus, the standard model is also on sale and sitting at $75, down from $110.

Serving as the perfect way to finally make the switch over to a digital library, the entry-level Kindle delivers an affordable price tag that’s only even more compelling after today’s deal. Its signatue e-ink display is backed by a built-in front light as well as 8GB of storage to hold thousands of titles. Not to mention, its battery can go weeks before needing to be recharged.