Motorola Edge+ has a stylus and 3 years of security updates for $999 [Update: Launch details] 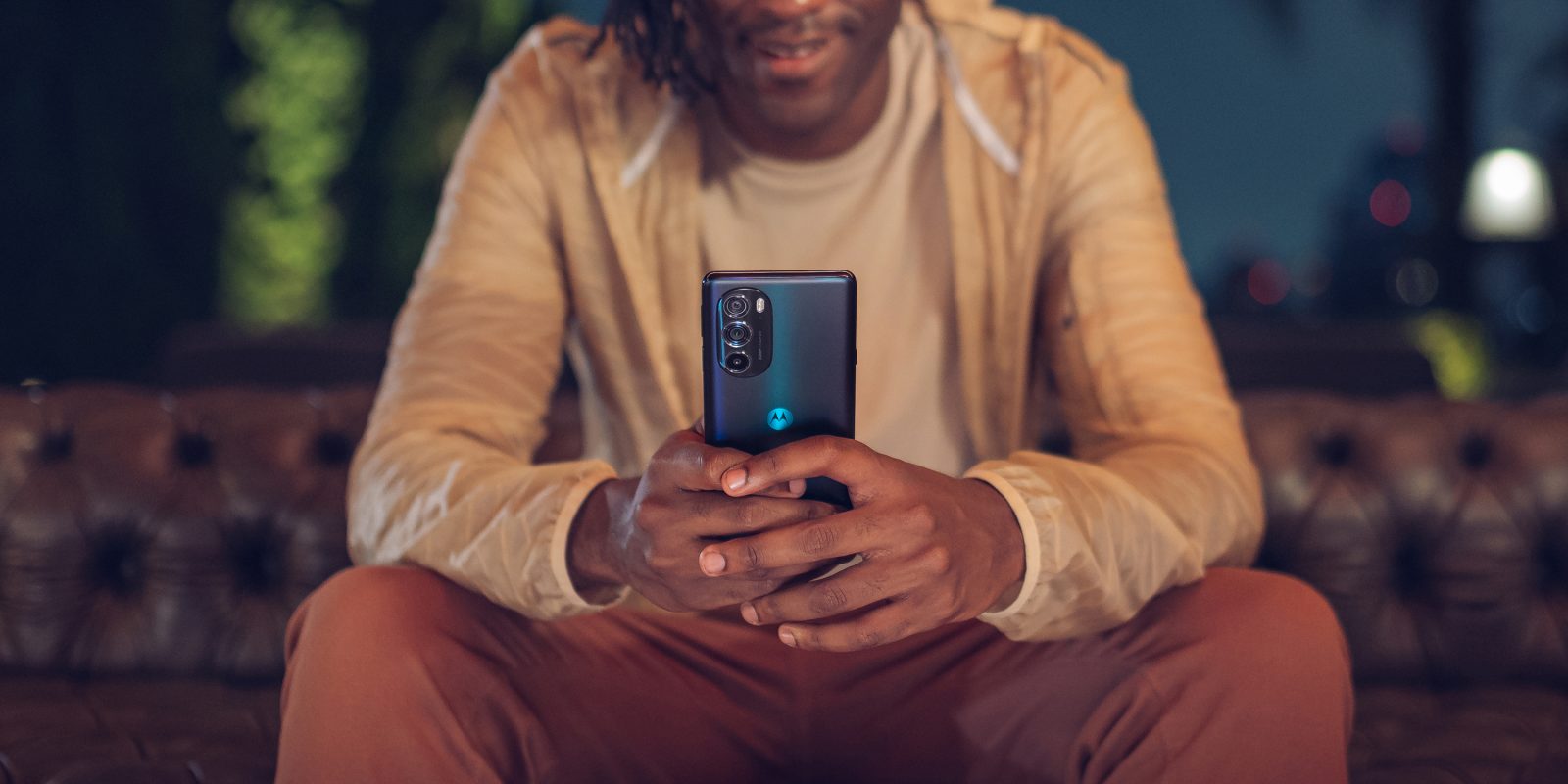 Motorola’s name and reputation in the smartphone industry has changed a lot in recent years, with the company only making a return to flagship phones in the past couple of years. Today, Motorola is announcing the Edge+ (2022), its latest, stylus-wielding flagship phone with high-end specs and an update promise that’s… well it’s a step in the right direction.

The Motorola Edge+ continues the “Edge” line that the company first introduced in 2020, and keeps the focus on providing a top-specced flagship phone that tries to rival the best of Samsung and other brands.

Today’s release accomplishes that goal with a stacked spec sheet including a 6.7-inch 1080p 144Hz display, up to 12GB of RAM, and up to 512GB of storage. The phone runs atop the Snapdragon 8 Gen 1 processor and a 4,800 mAh battery that features 30W wired charging and 15W wireless charging – there’s even a charger still in the box! 5G, NFC, Wi-Fi 6E, stereo speakers, and Android 12 round out the core specs.

There are a few things that make the Motorola Edge+ stand out from previous entries, though. Firstly, Motorola is finally committing more effort into software longevity. The company confirmed that the Edge+ will see at least three years of security updates, which is essentially the bare minimum for an Android flagship at this point. It’s a step in the right direction, for sure, but it pales in comparison to Samsung’s recent promise of five years of support on various devices, and Google’s similar promise on the latest Pixel phones. This becomes a bit of a hard pill to swallow given the $999 starting price, which comes out to $333 per supported year. By contrast, Samsung’s more expensive Galaxy S21 Ultra costs just $240 per supported year.

The situation gets even worse when you look at the specifics, speaking to our friends over at ReviewGeek, Motorola confirmed that security updates will only arrive bi-monthly, and only two major OS updates are guaranteed.

Our new Edge device will receive at least 2 major Android OS upgrades and 3 years of bi-monthly security updates. This device is protected by ThinkShield for mobile, which offers additional security protection.

Motorola’s take on Android 12 remains light overall, but the company did announce a handful of new features including that its “Ready for PC” experience now lets the phone double as a high-quality webcam. Speaking of which, the camera array includes a 50MP main sensor, 50MP 114-degree ultrawide, and 2MP depth camera. The selfie camera is a whopping 60MP.

The other big stand out feature here is support for a stylus, something we virtually never see outside of Samsung’s phones. Unlike the Galaxy S22 Ultra, though, this stylus is a separate add-on and doesn’t live within the device. Motorola does make a case that can hold the stylus, though.

Motorola Edge+ will launch in North America – US included – “in the coming months.” When it does launch, it will see a temporary launch discount to $899 across all retailers including Best Buy, Amazon, Motorola.com, and carriers such as Verizon.

Update 3/22: Launch details for the Motorola Edge+ have come out, with the phone apparently set to go on sale in the US unlocked on March 24 according to the folks over at Droid-Life. The retail price remains $1,000, but there’s still a $100 discount at launch.

Meanwhile, Verizon has confirmed that the Motorola Edge+ 5G UW will go on sale the same date, but for a lower cost of $849. The phone is available on a BOGO offer for new customers, is eligible for a trade-in of up to $800 for new customers, and trade-ins up to $700 for existing customers on an Unlimited plan.