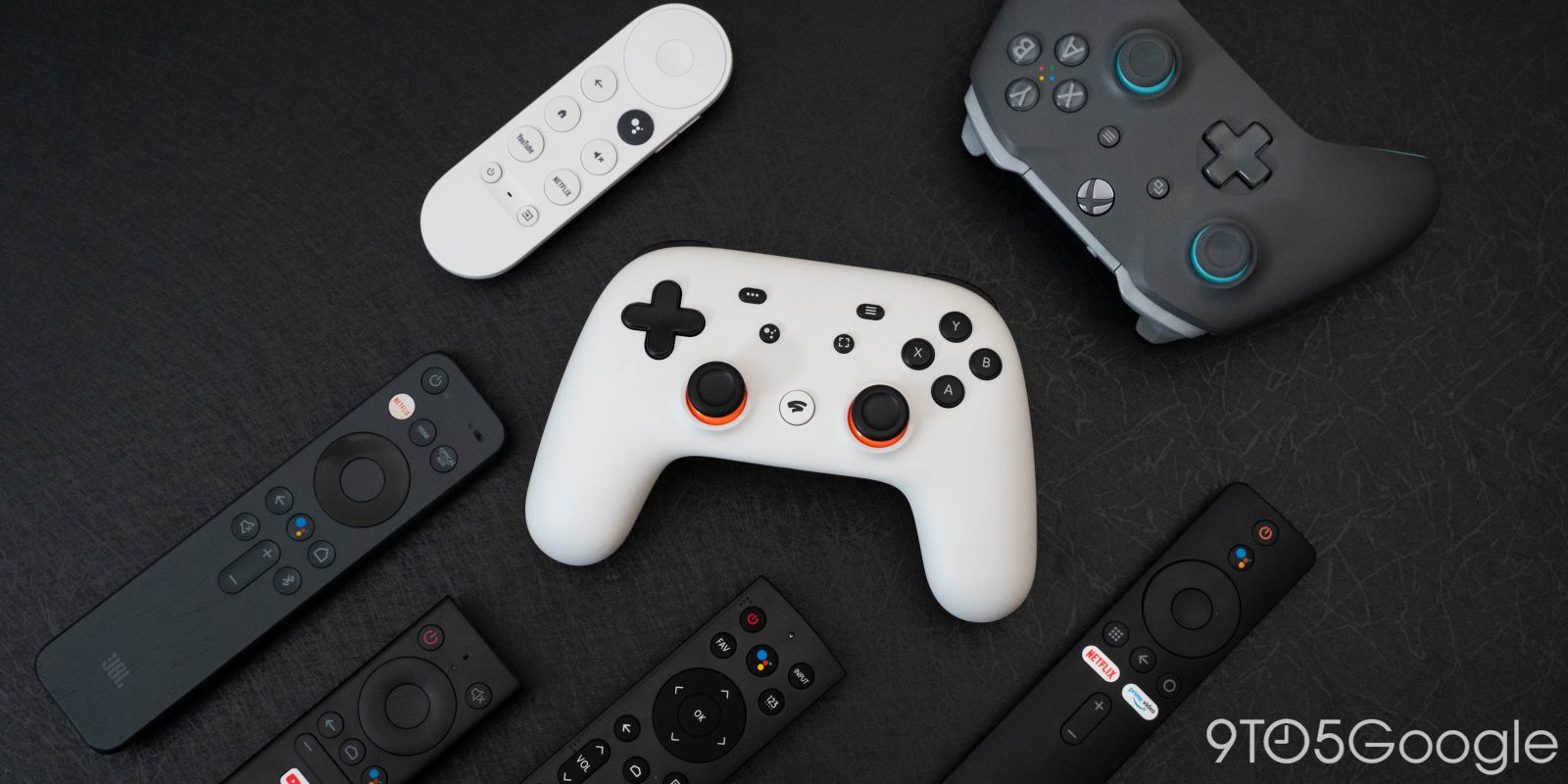 Stadia has updated its Android TV experience to bring deeper integration with the Google Stadia controller for the Chromecast with Google TV.

One of the advantages of playing Stadia through the Chromecast Ultra — which came bundled with the Stadia Founders Edition and Premiere Edition — is that once you’ve synced your Stadia Controller to it, your controller can be used to immediately open Stadia. Simply turning your controller on would connect it to the Chromecast and signal it to open Stadia, as that pairing code doesn’t change.

Stadia has long since gained an Android TV application to allow gameplay from devices like the Chromecast with Google TV, along with many other set-top boxes and televisions. However, unlike the Chromecast Ultra, the Android TV experience only allowed the Stadia Controller to connect and function properly while the app was open.

As spotted over the weekend by PapaBear Gaming, something has changed with Stadia’s Android TV experience to bring it more in line with the Chromecast Ultra. Now it’s possible to connect the Stadia Controller via Wi-Fi to devices like the Chromecast with Google TV regardless of whether the app is open.

PapaBear Gaming goes on to show off this functionality in action, using only the Stadia Controller to both wake their Chromecast with Google TV and turn on their television.

Notably, the process doesn’t seem to seamlessly handle the account selection screen. In some cases, if Stadia has been opened recently, the app will skip asking which account you want to use. Otherwise, the account selection screen appears but can’t be controlled with the Stadia Controller. Overall, while it’s a nice addition in theory, there’s still some room for refinement.

If you have a standard Android TV or other Google TV device, let us know down in the comments whether the enhanced Stadia Controller support is working for you.