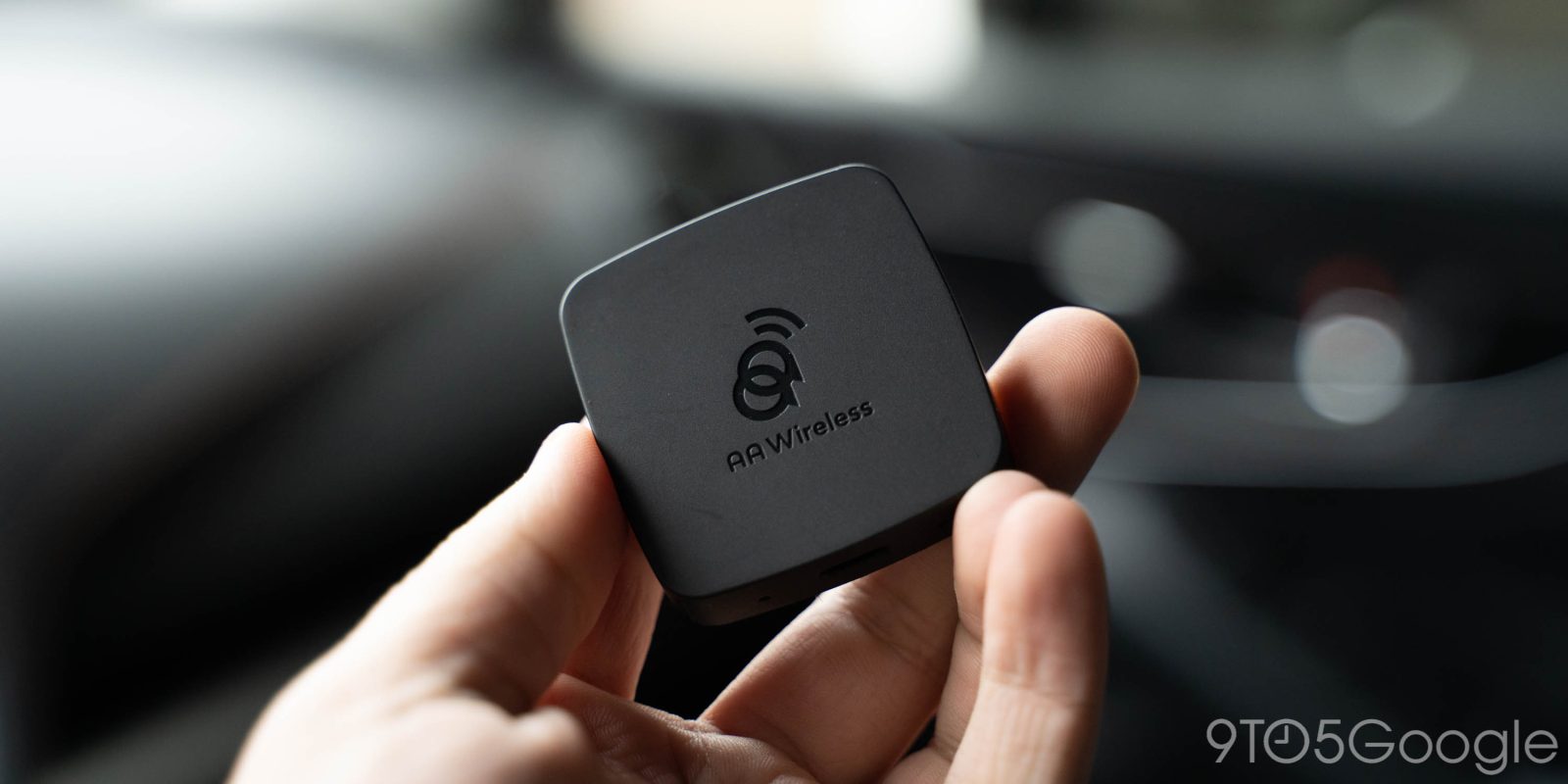 Wireless Android Auto has quickly become a reality for many thanks to the rise of aftermarket adapters, but some of them are still remarkably difficult to obtain. Now, the original wireless Android Auto adapter, AAWireless, is making its way to Amazon.

AAWireless first hit the scene in 2020 as a crowdfunded project promising to bring wireless Android Auto to any vehicle that already supported the wired version. It was an ambitious promise at the time because, back then, it hadn’t been done yet. Yet, the small company behind the project actually pulled it off, and started shipping units in early 2021.

But it wasn’t until just last month that AAWireless finally graduated from Indiegogo and started selling the product on its own website. Now, customers have another option.

AAWireless is now on sale at Amazon.

The adapter sells for the same $89 on Amazon as it does from the company’s own website, though it’s important to note that this only applies to the US at this point. AAWireless’ team tells us that Europe is next in line, and that Canada and Australia will also see Amazon sales later this year once certifications fall in place.

Of course, you’re buying the same dongle from Amazon as you would from AAWireless’ own website, or Indiegogo before that. The simple dongle pairs to your phone and plugs into your car to facilitate a wireless connection for Android Auto, something that’s relatively rare in most vehicles. The dongle also features an app that gives users a bit more control over the experience, and the tools needed to make tweaks if there are compatibility issues.

AAWireless isn’t the only dongle to offer this. Google put its weight behind the Motorola MA1, a simple plug-and-play dongle that costs the same $89, but is remarkably hard to find in stock. Carsifi, which also recently started selling outside of Indiegogo, is another option that stands out thanks to its “Magic Button” that can switch between devices on the fly.

If AAWireless goes out of stock on Amazon, which is likely, the team behind the adapter tells us there is “plenty” of stock available through direct channels. Shipping on Amazon currently takes around five days, but that should change in time.