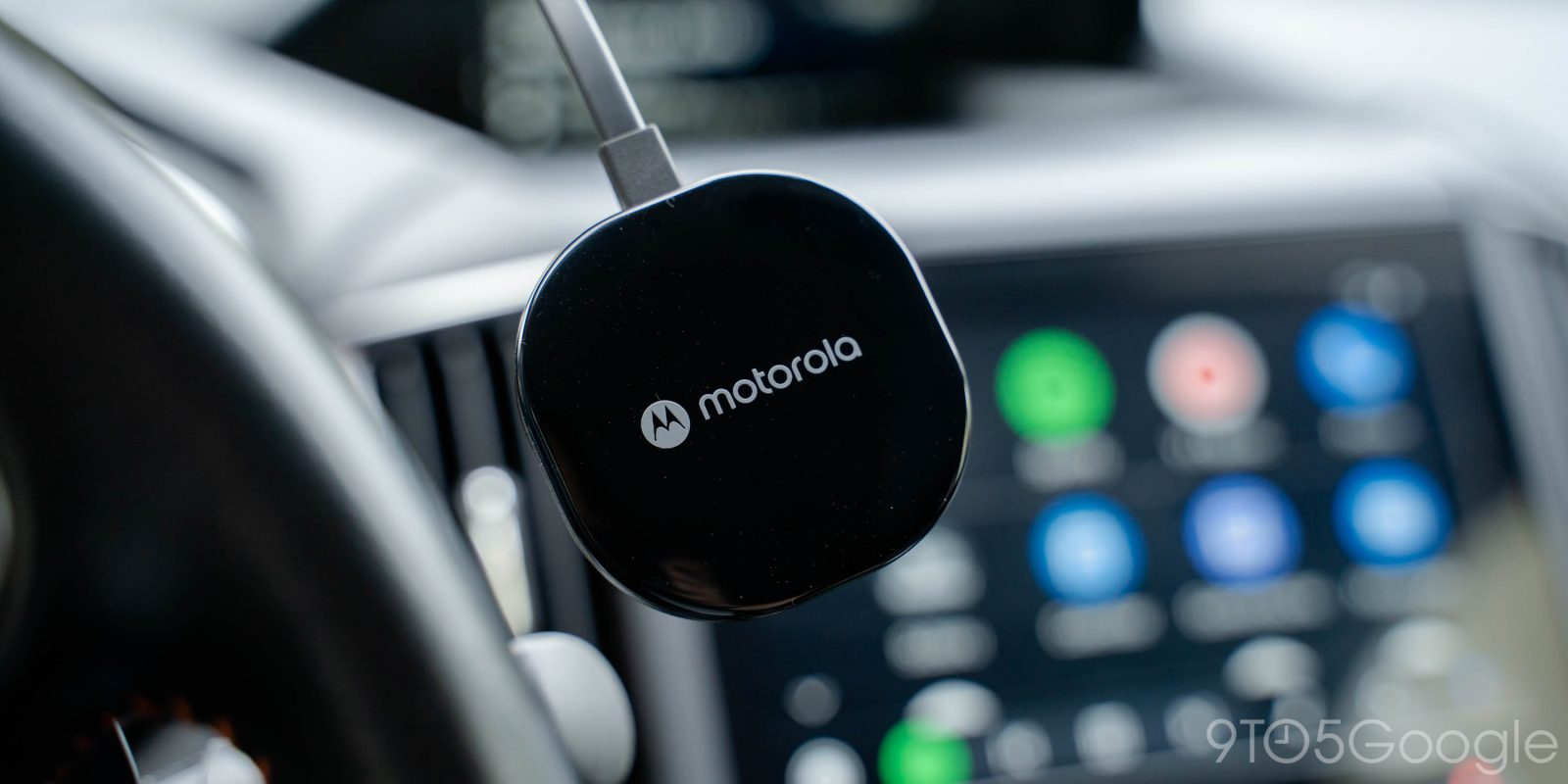 Wireless Android Auto has been around for quite a while now, but for ages, it felt like something that only a brand new car would solve. That all changed with the arrival of wireless Android Auto dongles, and the Motorola MA1 dongle was pitched as the “easy” version, with a dead-simple experience and direct backing from Google. After a few months of use, though, I’m not so convinced MA1 is the best option.

The physical look of the Motorola MA1 is pretty simple. It’s a little puck with a fixed cable, a single button, and a Motorola logo plastered on top. Of course, it’s important to remember that this isn’t the Motorola you’re thinking of, but rather a sub-brand known as “Motorola Sound.” This product in particular is actually produced by SGW Global, which licenses the branding.

The hardware itself never caused me any issues over the past three months, but I do have some qualms. In my Subaru Crosstrek, the Android Auto port is located in the center console, rather than underneath the actual infotainment center. The good news there? I didn’t have to see the dongle, which is good news considering its glossy black design is a dust and scratch magnet. The bad news? The super-rigid cable left the storage portion of my center console a bit less useful, as the dongle couldn’t get fully out of the way. A minor inconvenience, certainly, but one that easily could have been avoided by using a removable cable.

The best part of the Motorola MA1 is its setup process. It’s quick and seamless. Plug it into the USB port, turn on your car, and pair your phone over Bluetooth. From there, you have to set up Android Auto a single time, and then you’re good to go from that point on. Subsequent sessions have a 20-40 second connection and startup process depending on your vehicle and phone.

What about when there are two devices being used with the same car? Well, it works, but it’s not particularly intuitive. The button on the side of the dongle doesn’t really have much to do with connecting a second device beyond the initial pairing process. In testing with my Galaxy Z Fold 3 and Pixel 6 Pro, I found that both devices needed to be paired with both the dongle itself and my car. To go from one to the other, I needed to place the device I did not want to use Android Auto with on airplane mode, as that was the only way I found to kill an established connection. After about a minute, the other device will automatically take over. This is far from a reliable or intuitive solution – Redditors reported mixed results using similar tactics – but it’s better than nothing. At least you can use this device with two different phones.

When Motorola MA1 launched, it left a great first impression on me when it came to performance. The connection felt indistinguishable from a wired connection, both on general UI performance and streaming audio. Battery drain, too, was negligible, with a 30-minute drive generally only sipping a few percentage points from my Pixel 6 Pro.

But over time, the biggest problem I’ve had with the Motorola MA1 has been degraded performance. Lately, each session using the MA1 with my Pixel 6 Pro is laggy to an unusable degree. When using Google Maps, I’ve seen turn-by-turn directions lag behind by up to a full minute, which often means the display is still showing the street I already turned off of. That’s fine when I’m just driving around my local city, but it’d be a nightmare in an unfamiliar area with complex junctions. The lag issues also mean that music is often heavily delayed, with the steering wheel controls often not resulting in a new song for over 30 seconds.

On my Pixel 6 Pro, these issues started showing up around the time of the February 2022 security patch, intermittently at the time, but they’ve only become more common in the time since. Currently, I’m running on the beta for the June Feature Drop. As a point of reference, to ensure it wasn’t just my phone or the beta software on it, I swapped back to a wired connection with no issues, and then went back to AAWireless and also experienced no lag whatsoever. Somehow, the root cause here is the MA1, and it’s extremely frustrating, to say the least.

And, that really shines a light on what I think is the biggest problem with MA1. Let’s say that this is a software issue on the MA1 and not just an experience limited to me — which is possible! —there’s no way the manufacturer can fix software problems on existing units.

There’s no way to install firmware updates on Motorola MA1.

That’s also a big negative if the MA1 just doesn’t seem to like your phone, as some Samsung Galaxy owners have found – I only used MA1 briefly with my Galaxy Z Fold 3, but it worked without issue.

Thankfully, the issue I’ve been experiencing, with lag getting worse over time, doesn’t seem to be very widespread. If you picked up an MA1 and have been seeing lag develop over time, let us know.

At this point, we’re still early in wireless dongles for Android Auto. Motorola MA1 is the “easy” option, but in my experience, it’s not been the best one. When it works, it works brilliantly, but the initial shine has worn off. AAWireless, the crowdfunded dongle that debuted this form factor, has remained stable for longer and has a brighter future in my book since the developers behind it actually have the ability to update the software over time.

And that’s not even to mention the biggest problem with Motorola MA1 – actually buying it. The product has been listed at Amazon and Target for months, but high demand has left it out of stock constantly since it launched, with only the occasional five-minute window to purchase a unit for its $90 retail price. Otherwise, you’re left with scalpers asking up to twice the price.

That said, MA1 does the job it sets out to do. It turns a wired Android Auto connection wireless, and I hope it’s just the beginning of products like this hitting the market.

Where to (try to) buy Motorola MA1: