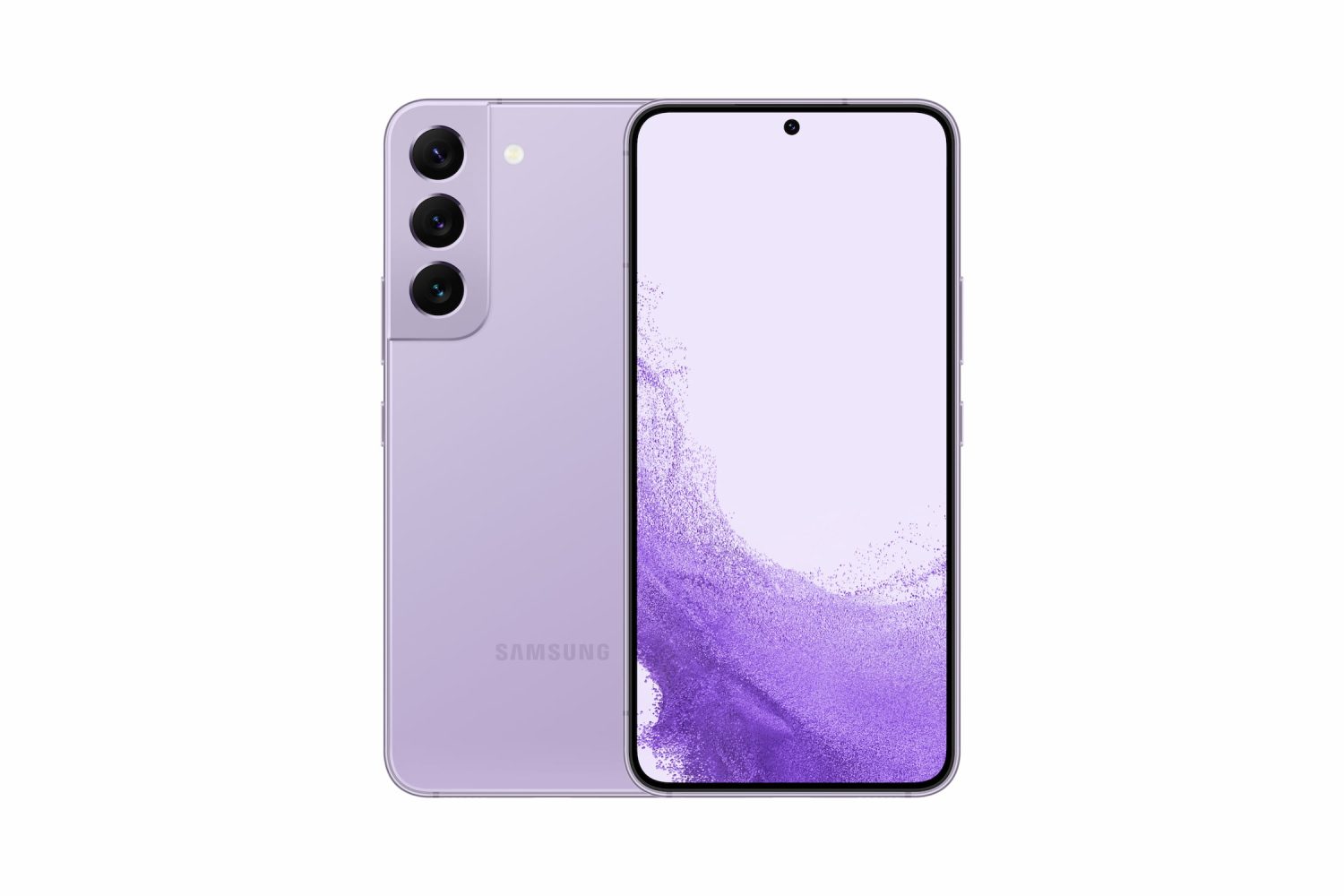 Samsung is launching a new “Bora Purple” option for the Galaxy S22, arriving at carriers and retailers next month.

Those who have brushed up on their Korean will be quick to tell you that “bora” (보라) is the Korean word for “purple.” So in essence, Samsung’s new device color “Bora Purple” is “Purple Purple.”

The BTS Army is especially aware of this, given the band’s catchphrase “borahae,” which translates to “I purple you.” Samsung is keenly aware of the word’s connection to BTS, making references to a “K-pop star” and “global pop sensation” in its press release today of the new colorway.

Linguistics aside, Samsung’s new Bora Purple shade marks the eighth color option for the Galaxy S22. Some of the previously available options included Phantom White, Phantom Black, Graphite, Green, Sky Blue, and Cream. The Galaxy S22 series has even already had a purple shade before in Violet, though this was exclusive to Samsung’s official store.

The Galaxy S22 in Bora Purple is set to become available for purchase on August 10, the same day as the next Galaxy Unpacked event. You’ll be able to pick it up directly from Samsung, or from your preferred carrier, including AT&T, T-Mobile, Verizon, and more.

Undoubtedly, the timing of the new shade for Galaxy S22 should act as a strong hint that some of the new devices expected at Galaxy Unpacked will also launch in Bora Purple. Some recent leaks have already shown us Bora Purple on other upcoming devices including the Galaxy Buds 2 Pro and Galaxy Z Flip 4.