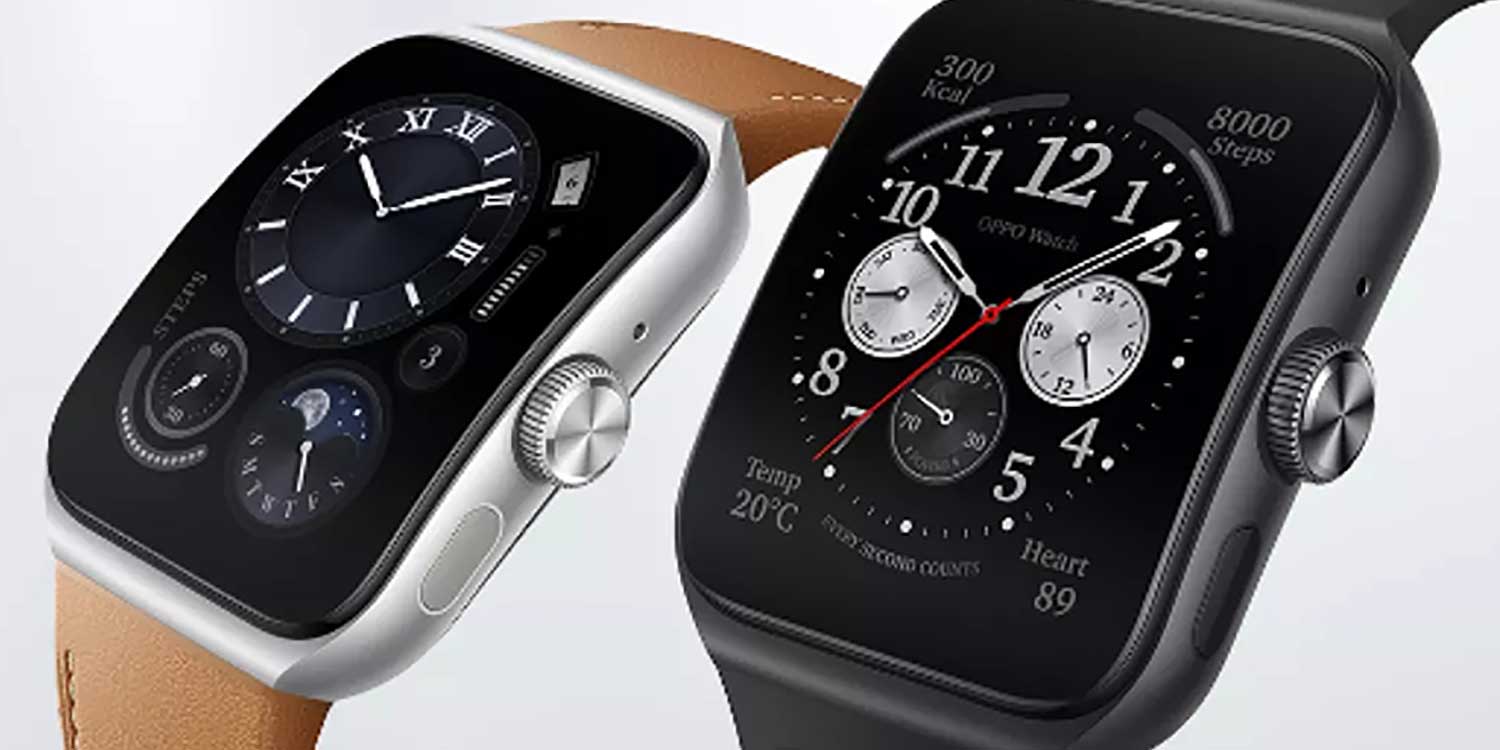 A new leak mixing high-quality renders and even hands-on images is giving us a glimpse of the Oppo Watch 3 series for the first time.

This leak comes courtesy of Evan Blass, who tagged four mixed renders and images of the Oppo Watch 3. Right away, there’s no denying the most obvious influence on the hardware on display here, as the Oppo Watch 3 series could potentially pass for Apple’s own wearable.

This shouldn’t come as too great a shock, given that Oppo’s previous smartwatches have also had more than a hint of Cupertino’s design language.

The renders of the Oppo Watch 3 show an etched crown button with what looks like a flush button underneath; the Watch 3 is also shown what looks like an aluminum chassis and a matte black model. We can see a leather strap and a silicone-style band – which has become synonymous with wearables.

There is a very slight curve to the display, while there are no left chassis buttons.

While we get a glimpse of some of the watch faces, it’s not clear from the renders if the Oppo Watch 3 is running Wear OS. However, Oppo recently made the switch to the mobile OS for devices outside of China, which means that this could very well be yet another option for Google’s Android-based wearable platform.

We’re expecting to learn more very soon, but with Qualcomm confirming that upcoming smartwatches from Oppo and Mobvoi will utilize the Snapdragon W5+ Gen 1 chipset, it’s highly likely that this wearable will be powered by the new processor.

A further rumor from tipster Digital Chat Station hints that Oppo is planning on launching the Watch 3 series in China on August 10.