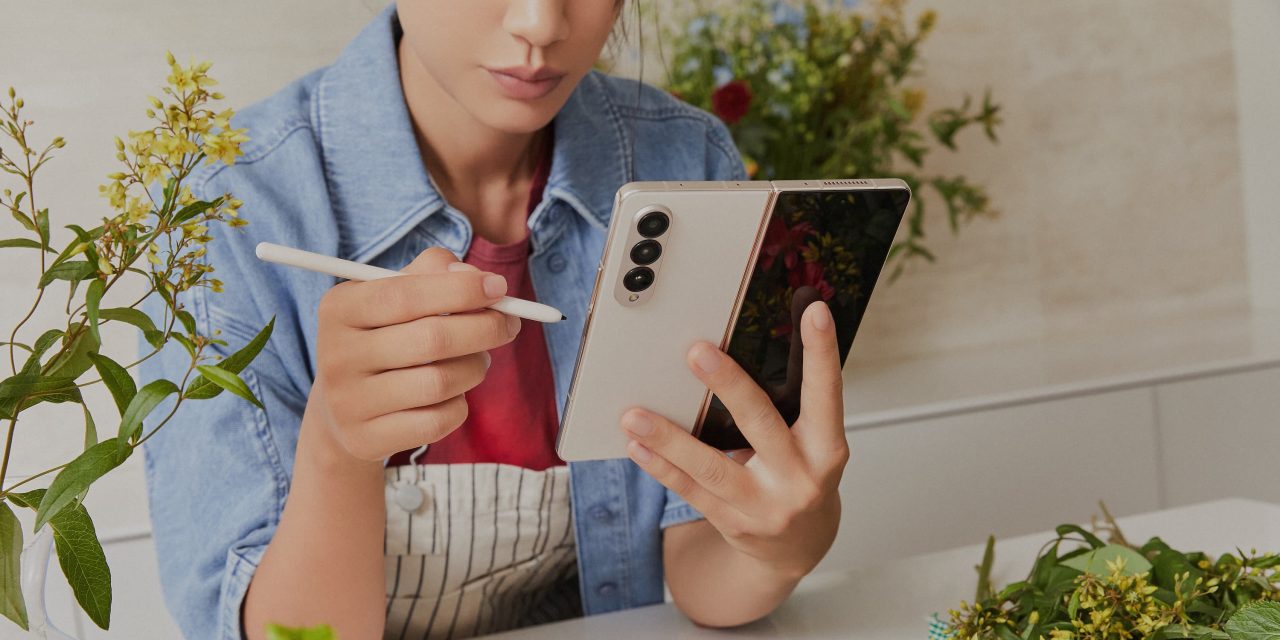 The fourth iteration of Samsung’s flagship foldable has arrived. The Galaxy Z Fold 4 carries the same price tag, but with a revamped design, updated cameras, and more. Here’s what you need to know.

At its core, the offer on the Galaxy Z Fold 4 is very similar to the past few Galaxy Fold devices. You get an outer display that can act like a normal smartphone, with a vertical fold that allows the device to open up to a much larger display. The size of both displays is identical to the past two generations, too, at 6.2-inches for the outer display and 7.6-inches for the inner panel.

But, the displays are actually where we start seeing changes on the Galaxy Z Fold 4.

That starts with the aspect ratio, which has changed on both the inner and outer displays. The Fold 4’s outer display moves from a super tall and narrow 25:9 aspect ratio to 23.1:9. In action, that means the phone is shorter and wider, more like a typical smartphone. The inner display also moves from a 5:4 aspect ratio to 21.6:18. The same applies – it’s a wider display now while also being slightly shorter. In practice, the wider inner display should prove better for games, video content, and also play better with the tablet versions of Android apps.

Samsung says the inner display should also be tougher this year, with an “optimized layer structure” that the company claims will reduce damage from “external shock.” The display crease is also slightly less visible this time around.

The outer display and rear panel both use Gorilla Glas Victus+.

Under the hood, the Galaxy Z Fold 4 is the same powerhouse as its predecessors. It has the best chip you can get in an Android smartphone today, the Snapdragon 8+ Gen 1, alongside 12GB of RAM and either 256GB, 512GB, or a whopping 1TB of storage in the US.

The software is based on Android 12L, making the Fold 4 the first device to ship with Android 12L enhancements – the Pixel 6a technically also had 12L out of the box, but didn’t utilize any of the large-screen enhancements. The primary place you’ll feel Android 12L on the Fold 4 is with the new Taskbar, which sits along the bottom bar with the typical navigation for quickly switching between apps or dragging them into split-screen multitasking modes. Another new feature on One UI 4.1.1 is with a new Flex Mode Touchpad, which lets you use the “bottom” half of the display as a trackpad with a mouse pointer on the display.

As with other Samsung devices, the Fold 4 will get up to four years of major Android updates and up to five years of security patches.

Rounding out the core specs, there’s a 4,400 mAh battery with 25W wired charging and 15W wireless charging – that’s the same as last year, but should be a bit better this time around thanks to a more efficient CPU. The phone retains the same IPX8 water resistance rating, and supports eSIM for network connectivity.

The cameras are the other big point of improvement for the Galaxy Z Fold 4, with a 50MP camera now the primary sensor. It’s the same sensor used in the Galaxy S22 and Galaxy S22+ that we much enjoyed earlier this year. That sensor, along with a new 10MP 3x telephoto lens, helps the phone to offer 30x “Space Zoom,” and there’s a third ultrawide camera at 12MP.

The Galaxy Z Fold 4 will be available on August 26, but pre-orders are opening up today. Pricing lands at $1,799, unchanged from the prior generation.

Pre-orders for the Fold 4 from Samsung.com come with a free memory upgrade, up to $1,000 off with trade-ins, a free “Standing Cover with Pen” case, and a $100 Samsung.com credit. Samsung Care+ is available as well for additional protection, and Samsung says it is offering Care+ for free for one year with pre-orders – though we’re not seeing the option on the site just yet – otherwise pricing starts at $8/month.

The Fold 4 is available in Graygreen, Beige, and Phantom Black colorways, and Samsung.com will also exclusively sell a Burgundy color option.