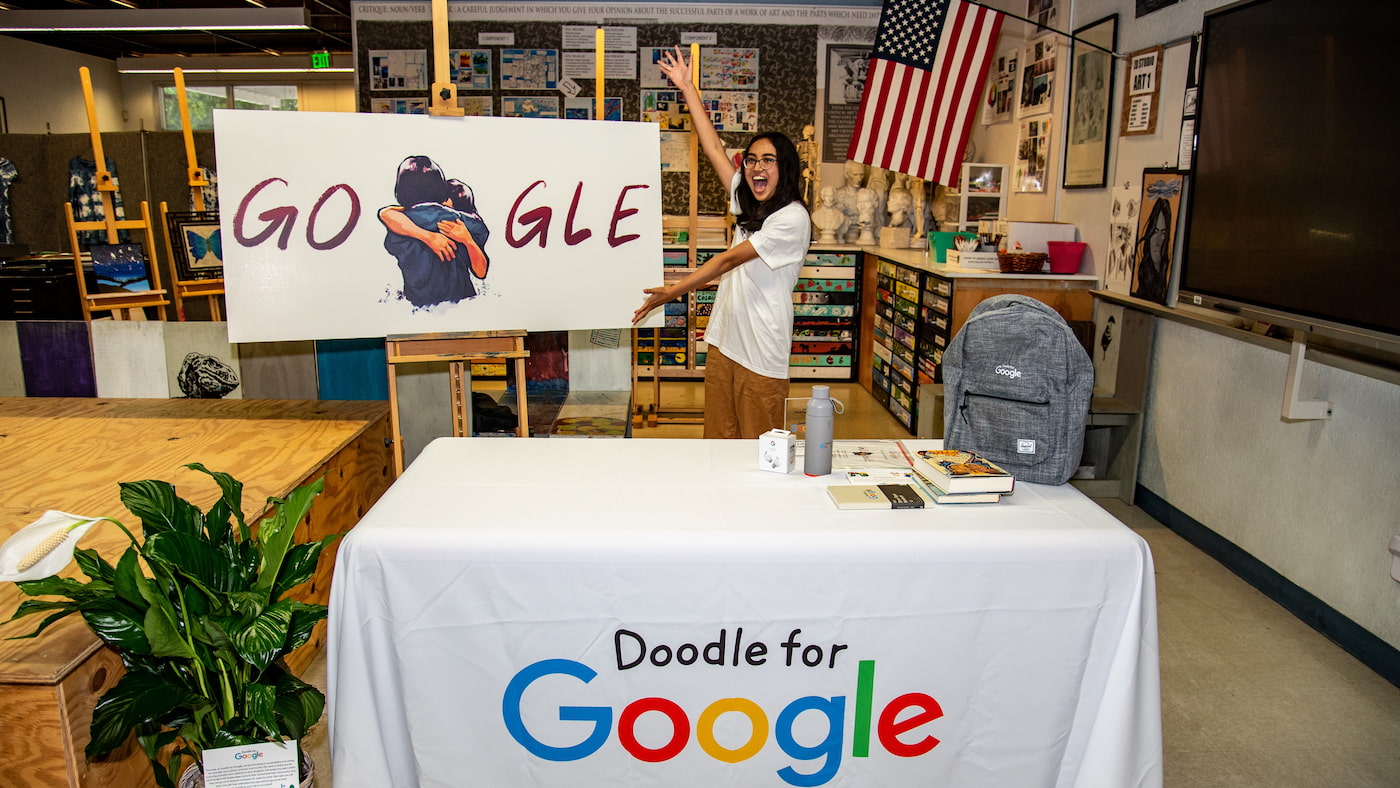 After multiple rounds of judging, including a public vote, the winning artwork for the Doodle for Google 2022 contest is now live on the Google.com homepage and in Chrome.

Every year, Google allows students across the United States to submit Google Doodle artwork suited to a particular theme. This year’s theme was “I care for myself by…” and encouraged students to reflect on the positive ways to renew their mental and emotional health.

Google’s panel of judges, which included Selena Gomez and 2021’s Teacher of the Year, first whittled the thousands of entries down to one winner from each U.S. state and territory. Next, there was a public round of voting to select the best Doodle for Google artwork from each of the five age groups to be the national finalists.

From those five, the panel of judges made the final decision for which artwork and artist would be crowned the winner of Doodle for Google 2022. Today, Google has announced that Sophie Araque-Liu of Florida is the grand prize winner, with the company publicly displaying her artwork for the entirety of August 16.

We’re told Araque-Liu’s work, entitled “Not Alone,” resonated with the Doodle for Google judges, particularly in the way it encourages the viewer to accept help from those around them. “Not Alone” draws your focus to the center, with an impactful depiction of a hug between two family members. The central artwork replaces the second “o” of “Google,” which otherwise consists of stark red brushstrokes.

I care for myself by accepting others care for me. Often I struggle to shoulder a burden on my own, and forget that I have so many people, like my mom, who care about me and want to help me. Opening up and letting others support me not only relieves my stress – it lets me tackle things I could never do on my own.

In addition to the honor of having her artwork shown on the Google.com homepage — as well as the New Tab Page in Chrome and the top of the Google Search app — Araque-Liu has received a $30,000 college scholarship and her school will receive a $50,000 technology package.