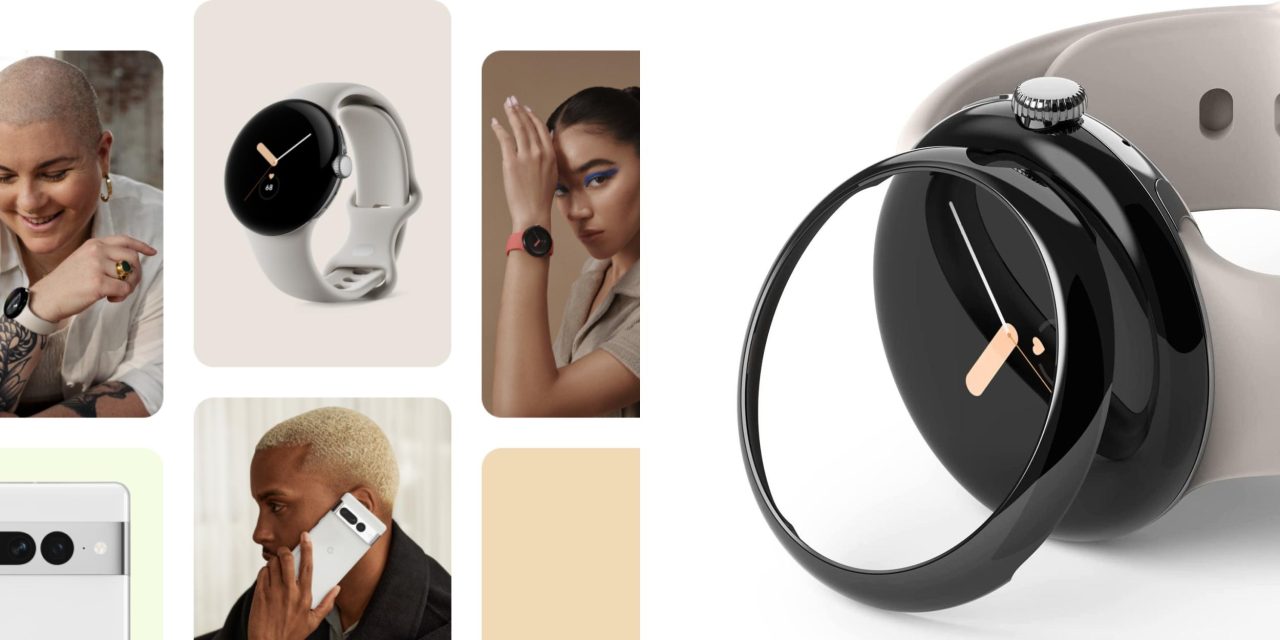 The Pixel Watch has thoroughly leaked ahead of Thursday, but here’s a look at the Coral Active band directly from Google, as well as a bezel case – of sorts – for the wearable.

The first rumor of a “Coral” Active band for the Pixel Watch emerged two weeks ago. We spotted what could be it this evening in a Google Store email announcing the new wired Nest Doorbell. That said, it’s a bit darker and redder than expected, with raspberry coming to mind. We see the watch face’s hour and seconds hands matching the band.

It appears at the end of the promo message as part of a “Meet the latest from Google” that’s somewhat phrased as if the Pixel 7/Pro and Watch were already announced.

This might imply that Google was planning to announce the new Doorbell and Nest Wifi Pro, as well as the Chromecast with Google TV (HD) from last month, at the same event. Some found it curious this morning that Google decided to make major Nest hardware and software announcements just two days before “Made by Google.”

When the company teased the event at the start of last month, it implied there would be Nest products too. At this rate, unless there’s a surprise, October 6 should be all about the Pixel 7, 7 Pro, and Watch.

Tangent aside, third-party accessories for the Pixel Watch are starting to appear on Amazon. Case maker Ringke is releasing a “Bezel Styling” that adds a stainless steel perimeter to Google’s wearable.

It’s meant to “keep your device protected from scratches and dust gathered from frequent use,” as well as cracks due to impacts. This accessory attaches via “cushioned double-side type” with a cutout for the crown.