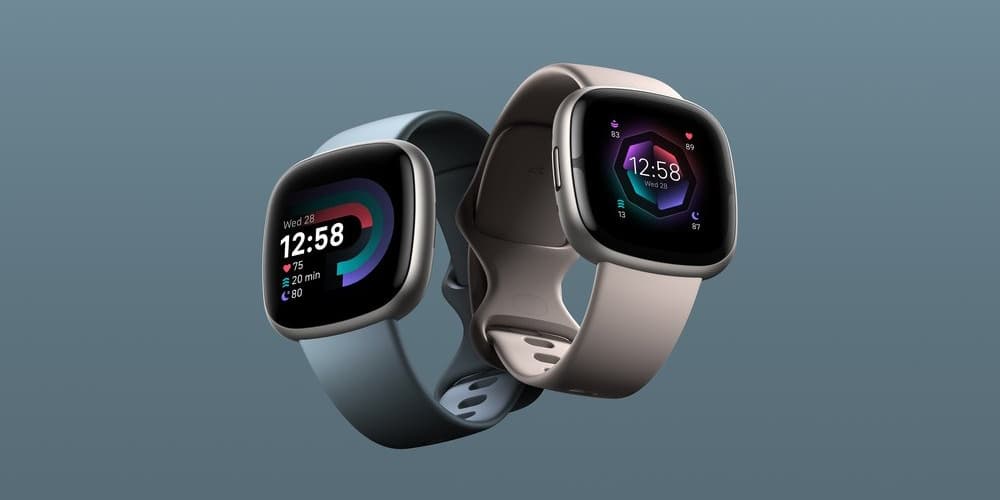 Google purchased Fitbit in 2019 to the tune of $2.1 billion in an effort to “invest more in Wear OS.” Almost three years later, we’re finally set to see the culmination of that purchase in the Pixel Watch, a smartwatch that merges the best of Fitbit with the best of Wear OS. But ahead of that launch, it increasingly feels like that long-awaited device is coming at the expense of dedicated Fitbit smartwatches. Here’s why.

The Fitbit Sense 2 and Versa 4 are the brand’s latest smartwatches, and they get a lot right! Our sister site ConnectTheWatts has a full in-depth review of the Fitbit Sense 2 going over its health features and more.

But looking deeper into these launches, there’s a clear pattern emerging.

Ahead of the public release, we uncovered several changes that Fitbit made over the prior generation. Wi-Fi support is gone. Music controls and the Spotify app, also gone. Even the Google Assistant is completely missing from these devices, while Amazon Alexa is still available.

It goes even further than that, too.

In reviews of the Fitbit Sense 2 and Versa 4 last week, and now with user reports from early buyers surfacing, these new Fitbit smartwatches just don’t support third-party apps and watch faces. Fitbit’s App Gallery and the various “clock faces” in Fitbit’s store aren’t available when using these new smartwatches. Rather, you’ll have over 100 faces pre-installed, and just a handful of apps, too.

Where the original Sense and Versa 3, as well as some past Fitbit models, had apps such as Pandora, Spotify, Starbucks, and many more third-party apps, these new models just don’t have an app store. In fact, as Android Authority brought out in a recent review, you’ll find less than a dozen apps on these new “smart” watches.

There’s also no phone call support on these new models.

And circling back, the really bizarre change here is the lack of Google Assistant. With Fitbit under Google’s roof, that removal just seems completely out of left field. In a comment on one user complaint thread, a Fitbit forum moderator even says outright that there are “no plans” to bring Google Assistant to these new smartwatches.

Why all of these changes?

Really, it all seems like a crazy decision at a glance. Fitbit seems to have hindered much of the functionality that made its smartwatches smart, but looking at the bigger picture the story becomes a bit more clear.

The Fitbit Sense 2 and Versa 4 ship with a brand new OS design that looks a whole lot like Wear OS 3. Plus, they’ll be getting apps at some point down the road for Google Wallet and Google Maps.

With those in mind, it seems like these smartwatches were designed to provide more separation between Fitbit’s catalog and Google’s Pixel Watch. After all, the Pixel Watch will support the same health features, just with more smart features and far less battery life. If the Fitbit Sense 2 and Versa 4 supported the same apps or functionality, it’d be a much harder choice.

Making the Pixel Watch the only device with third-party apps and watch faces makes the difference far more obvious, and makes picking a device that much easier.

Hopefully, this turns out to just be growing pains as Google sorts through a wearable lineup that goes from $99 fitness trackers up to $349 high-end smartwatches. But in the meantime, it’s certainly a shame to see Fitbit’s smartwatches pushed down, basically just to make the Pixel Watch look better.