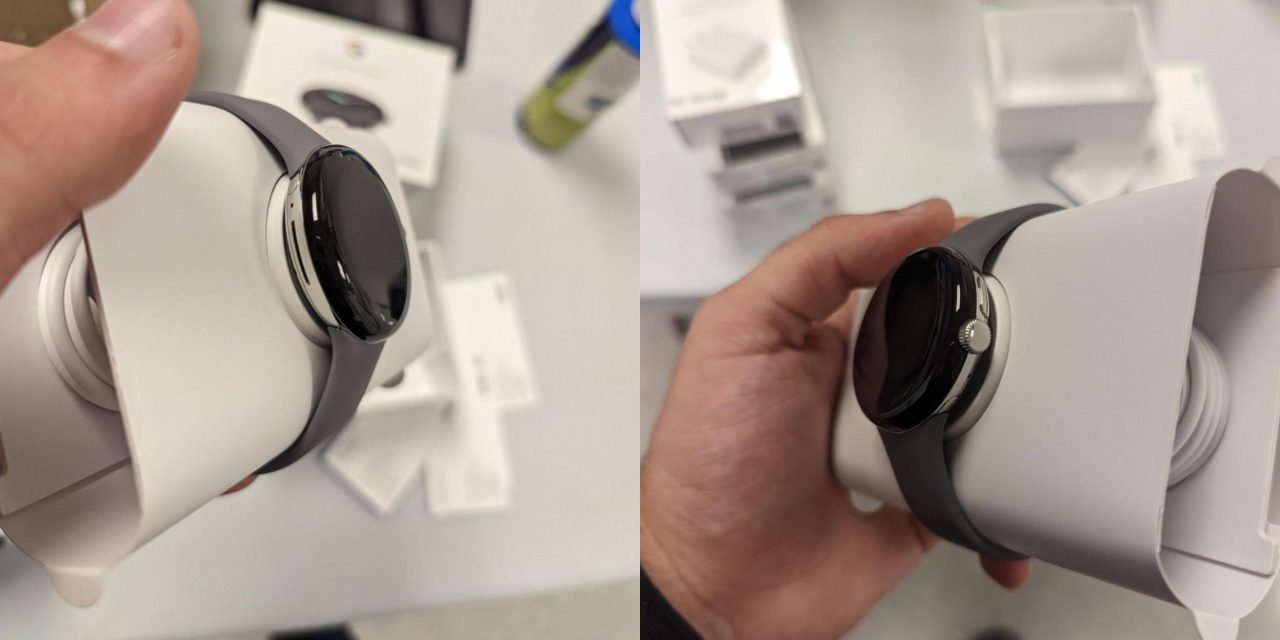 We’ve already seen Pixel Watch packaging from the top, and now Google’s wearable has undergone an unboxing ahead of the Thursday announcement.

Shared on Reddit this afternoon, we see that the box is thicker than we initially believed. (It’s basically a smaller Stadia Controller box.)  The Active band is already attached to the Pixel Watch and the entire thing is wrapped around an elongated piece of cardboard that’s pill-shaped when viewed from the side. This presentation, which immediately shows off the object, is something traditionally done by mechanical watch makers with a tiny fabric pillow.

Update: Additional unboxing pics show that the Pixel Watch is not attached to the puck of the USB-C Magnetic Charging Cable, which is found in the hollow space underneath. This is the “Polished Silver Stainless Steel” model with “Charcoal Active band.” With both sizes included in the box, the:

The OS version is listed as Wear OS 3.5 with both “Wear OS by Google” and “Hey Google” on one side of the box. The Pixel Watch is manufactured in Vietnam.

In another shot shared with this unboxing, we get a look at the notorious Pixel Watch bezel. The screen/device is turned off, but the side view is pretty revealing.