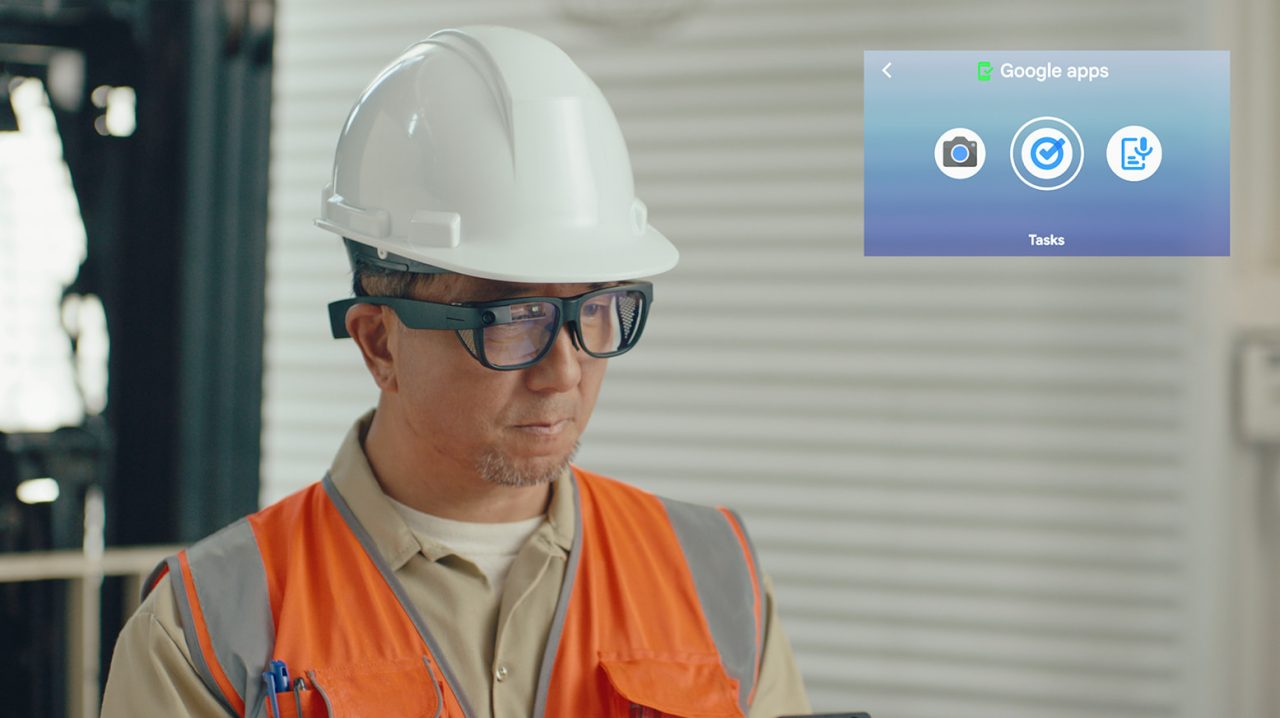 Google made its augmented reality (AR) work official at I/O 2022 in May, and is now using Glass Enterprise to test productivity-focused capabilities with the help of Workspace and Pixel phones.

Glass, which is currently on Enterprise Edition 2 (EE2) announced in 2019, does not offer what most people would consider a modern AR experience. Information is not directly overlaid in front of you, but rather in the top-right corner of your vision. In the early 2010s, this was a purposeful design decision – coupled with what miniaturized display tech was available at the time – so that you could choose when to see and interact with Glass.

However, this hardware – powered by Android 8.1 Oreo, Qualcomm’s Snapdragon XR1, 3GB of RAM, and 32GB of storage –  is already out in the world and serves as a readily available testing ground.

The company is launching an “early access program focused on bringing more of Google’s productivity apps and collaboration tools to the Glass Enterprise platform.” Behind the scenes, Google explicitly credits a “new phone-enabled platform that uses the computing power of Google Tensor silicon on Pixel.”

Glass Enterprise previously worked as a standalone device that relied on the built-in processor. What’s being announced today uses the Google Tensor chip, specifically the ML models, on a Pixel 6 (or later) for “more accurate and efficient transcription and translation,” as well as “other overall computing benefits.”

This is a very interesting combination, if not a technical preview of what’s to come, when you consider that the first AR glasses will require a paired phone for processing and connectivity.

There’s a “Google apps” launcher with a green phone icon that presumably indicates a device connection is active. The first new Glass app is Google Tasks with cards arranged horizontally on the 640 x 360 screen. This homescreen, which features the exact same Tasks logo as on phones in the top-left corner, lets you browse lists using the side touchpad.

Using any supported device, a warehouse manager can create a workflow on Tasks and share it directly to a teammate preparing a shipment, who can see and cross-off tasks in real-time on the Glass Enterprise display.

After selecting one, a tap will mark a task as complete and auto-advance you to the next one. It’s pitched as letting users see step-by-step instructions in real time, and becomes the second Workspace app on Glass after Google Meet, which was first previewed in 2020 and has been used by remote team members to stay “connected for more than 750,000 minutes.”

There’s also a “Language” app that uses the trio of near field beam-forming microphones to transcribe and then let you read real-time translations. You see a “listening…” indicator upon launch that will then note the identified language as translations appear above in real time.

What’s notable about this Glass feature is how Google at I/O 2022 showed off prototype AR translation glasses that look similar to North Focals. The demo video involved people seeing a live transcript directly in their line of sight. Glass Enterprise could serve as another testing avenue for the underlying translation capability.

Lastly, images you take on Glass EE2’s 8MP camera (83° diagonal FoV, f/2.4, fixed focus, and up to 1080p30 video), which uses the Google Camera icon, will be saved directly to your Pixel phone. This makes for easy Google Photos backup and sharing.

Current Workspace customers “interested in testing how these new AR tools can benefit your team” can apply to join the Glass Enterprise early access program. These features might come to all partners and customers in the future, but this isn’t established yet.

We look forward to expanding access as we learn alongside our partners in the coming months,
and to the release of more helpful AR features in upcoming programs.

Glass Enterprise with a paired Tensor-powered Google Pixel 6 or newer very much feels like a preview of the future. Google’s approach today is to develop services that will be best suited for glasses on phones. Examples include Google Maps Live View with nearby search that overlays information on top of the real world and Google Lens visual lookup.

Google is already testing AR prototypes in the real world and rumored to be working on an AR headset for 2024. Today’s Glass news feels like a stepping stone to more testing so that it can get real-world data as early as possible.