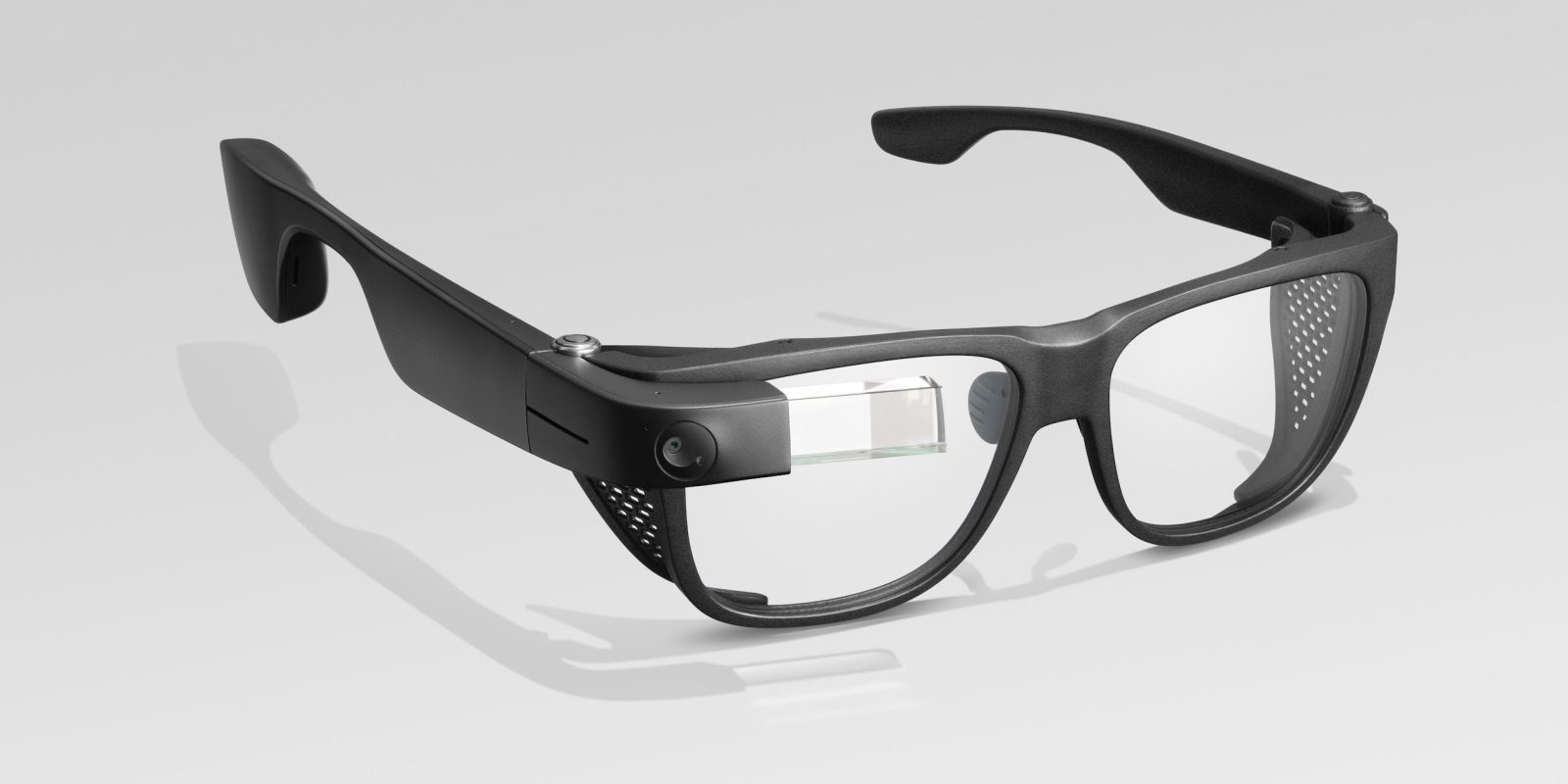 Last November, a minor spec bump to the enterprise-only variant of Google Glass received FCC certification, while benchmarks and images later leaked out. Glass Enterprise Edition 2 is now official, alongside the team graduating from X and moving into Google AR/VR.

An 8-megapixel camera with 80-degree FOV remains in the same position as before with privacy LED for the camera and to denote power on the rear. USB-C charges the 820mAh battery with fast charge available.

Networking includes 802.11ac Wi-Fi and Bluetooth 5, which can deliver audio alongside the mono speaker and USB audio. There are 3 beam-forming microphones for voice commands, with interactivity also handled via a “multi-touch gesture touchpad” on the stem and 640×360 optical display that features an eye-on screen sensor as a power-saving feature.

Other specs include a single 6-axis Accel/Gyro and 3-axis Mag, as well as water and dust resistance. Glass will be “easier to develop for and deploy” by being leveraging Android APIs and Android Enterprise Mobile Device Management for scaled deployments. The Glass Enterprise Edition 2 launch also sees new safety frames that Google created with Smith Optics for different work environments.

Since the wind down of the Explorer Program, Glass has been solely focussed on enterprise usage. Manufacturing and other factory workers have found these wearables to be useful for “hands-free access to the information and tools.”

Workers can use Glass to access checklists, view instructions or send inspection photos or videos, and our enterprise customers have reported faster production times, improved quality, and reduced costs after using Glass.”

X, which is designed to be a protected space for long-term thinking and experimentation, has been a great environment in which to learn and refine the Glass product. Now, in order to meet the demands of the growing market for wearables in the workplace and to better scale our enterprise efforts, the Glass team has moved from X to Google.