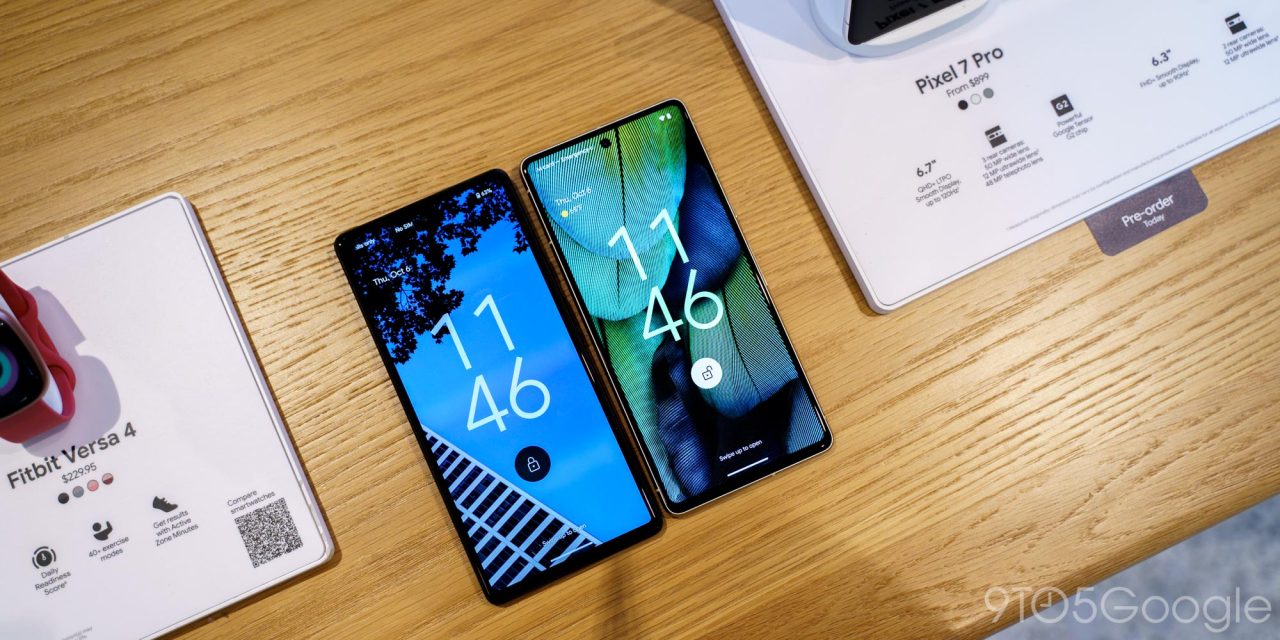 With the Pixel 7 and 7 Pro launching today, Google has published the Android 13 factory images for customers that have already received the phones.

There are three builds for each phone. The first two builds (009.A2 and .A5) — including the one labeled “JP carriers” — are what came out of the box. Meanwhile, .31 is the day one OTA update and presumably the “Global” build.

With these images, users can restore a software-damaged Pixel 7 or 7 Pro to the original factory firmware. Google says it is “typically easier and safer to sideload the full OTA image instead,” which is also available today.

Compared to a-series phones, there is no build gap and you’re getting the October security patch. However, the Google Play system update — which switched back to the old UI a few weeks ago — remains on July 1, 2022, thus prompting a Security Hub warning.

Lastly, Google’s factory images list provides additional/official confirmation that the Pixel 7 is codenamed “panther” and “cheetah” is the 7 Pro.