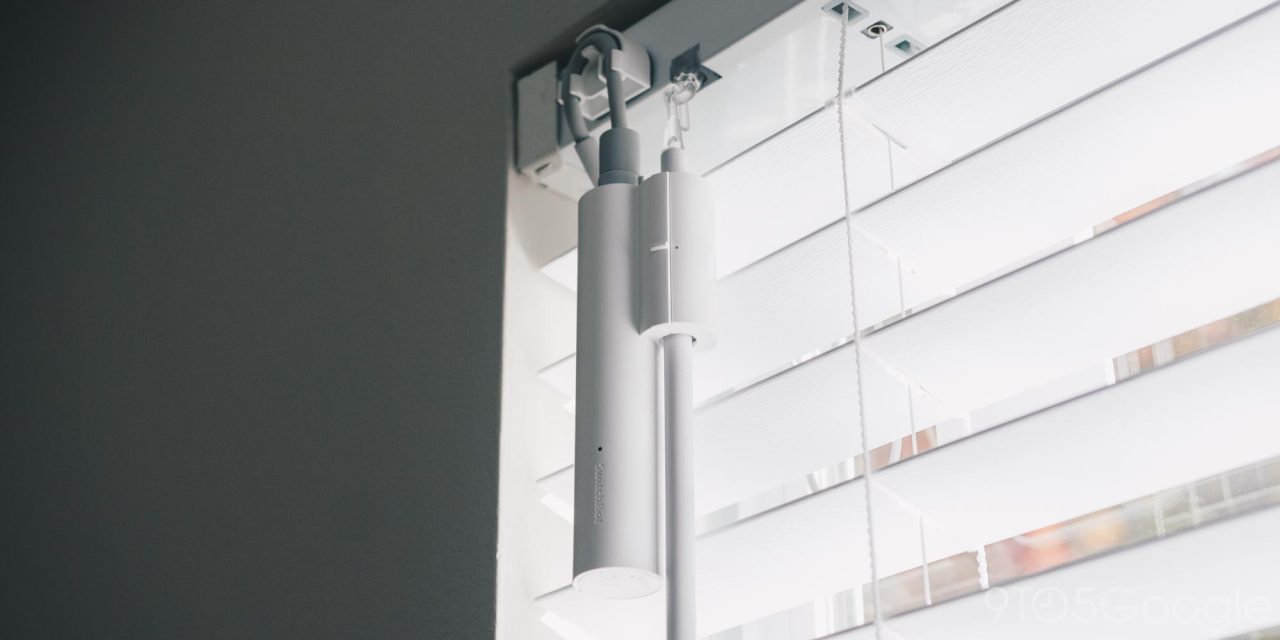 SwitchBot has long made genuinely good products that take automation to a whole new level without overcomplicating things. Bolstering that reputation, the SwitchBot Blind Tilt is a smart accessory to your existing blinds that completely automates them, giving you control with a few taps.

On a very personal level, I hate adjusting blinds. The action of twisting the rod rotation after rotation is a hassle, especially when you have more than one set to adjust. After repeated closing and opening, it does start to affect your wrists if you do it too often.

Of course, you could buy electric blinds, which cost way too much and vary in efficiency. Electric blinds are also a dedicated project, needing at least some skill and tools.

As an alternative, the SwitchBot Blind Tilt is rather simple to install and only requires the included tools in the box. It can be mounted via SwitchBot’s adhesive tape – 3M– or can be drilled into drywall or a stud. Either way, it’s unlikely it’s going anywhere.

As far as compatibility goes, the Blind Tilt can only fit on horizontal blinds with an adjustment rod. Blinds with chains and vertical blinds won’t be compatible.

The SwitchBot Tilt is made up of a few different parts and provides one function – twist the adjustment rod. First, there is a sleeve that needs to be installed on the rod itself. It’s held on with adhesive and provides a friction fit for the coupling that goes around it. Once the coupling is on, the SwithBot Blind Tilt itself secures around it. It houses the motor and charging cable that can either be fixed to a solar panel or taken off – the Blind Tilt can hold a charge with its 2000mAh battery. SwitchBot estimates about 10 months of battery life off of a single charge.

Above that, there is a piece of hardware that guides the charging cable, which is stiff and flexible. The cable itself is what supports the Blind Tilt, so long as it’s routed through the wire guide you stick to the blind casing. If that doesn’t sound easy, trust me, it is. Setup takes about three minutes, which includes the time it takes to read the instructions thoroughly.

Once the Blind Tilt is installed, it blends into the window extremely well. Yes, it’s a little bulky around the adjustment rod, but it blends right in. The design is minimal enough to not draw attention, which is a huge plus.

The main draw of the SwitchBot is the fact that it controls your blinds with ease. You can control the blinds manually if you wish, or you can have the SwitchBot Blind Tilt adjust it to an exact degree. The setup process is a breeze and has you calibrate the motor so that it knows how open the blinds are at any given moment.

With that, you can close the blinds to a certain percentage or have the Tilt open them fully. In the app, there is a slider for each device, which allows you to adjust it accordingly. There are also presets for easier control.

One thing I had trouble with was the experience of using multiple Blind Tilts at once. You can set a scene in the SwitchBot app with custom settings for multiple blinds. However, you can’t control a slider for multiple blinds at once, nor can you close all of them at the same time. This means you have to tap on each device in the app and control them individually. While not a deal breaker, it can prove to be a hassle.

On top of manual execution, the SwitchBot Blind Tilt is capable of simple to complicated automation rules. You can set an easy time-based schedule, wherein the Tilt will close or open your blinds depending on what time of day it is. Alternatively, you can set a sunrise and sunset-based schedule which will open or close your blinds when the sun appears or vice versa. With these schedules, you can select multiple Blind Tilts to follow it.

One neat trick in the app is to set actions based on light levels. The Blind Tilt has a solar sensor, which records the light levels throughout the day. You can create a ruleset that closes the blinds when it gets too bright out or opens them when the sun recedes a bit. Either way, you can really dive deep into automation.

When it comes down to it, the true value of the Blind Tilt lies in how well it actually opens and closes the blinds at any given moment. In my experience so far, the Tilt does very well when set to a schedule. At that time, the motor will start whirring and close or open your blinds at a steady speed. The motor doesn’t turn the rod incredibly fast or anything, but it does do a good job of reliably adjusting the blinds to the desired setting.

As far as manual execution goes, it can be a toss-up. The Blind Tilt can sometimes have a little trouble connecting to the internet via SwitchBot’s Hub Mini and struggle somewhat with Bluetooth to your phone. Once it does load, you can adjust the slider, and the Blind Tilt will kick in after a few seconds. It’s not a blindingly-fast process, but it works well.

All in all, the Blind Tilt from SwitchBot is a fantastic accessory to have around. Any app performance is more than likely to be fixed in future updates and as performance stands now with the blind accessory, it holds its own on many accounts.

The price tag might be a little daunting and hard to swallow, though. Coming in at $69, it might be hard to justify outfitting every set of blinds in your house. Just three windows could come out to $210, though that’s hardly close to most other automation options that actually work reliably well.

The SwitchBot Blind Tilt goes up for sale on Kickstarter starting today, with orders estimated to be fulfilled before Christmas.