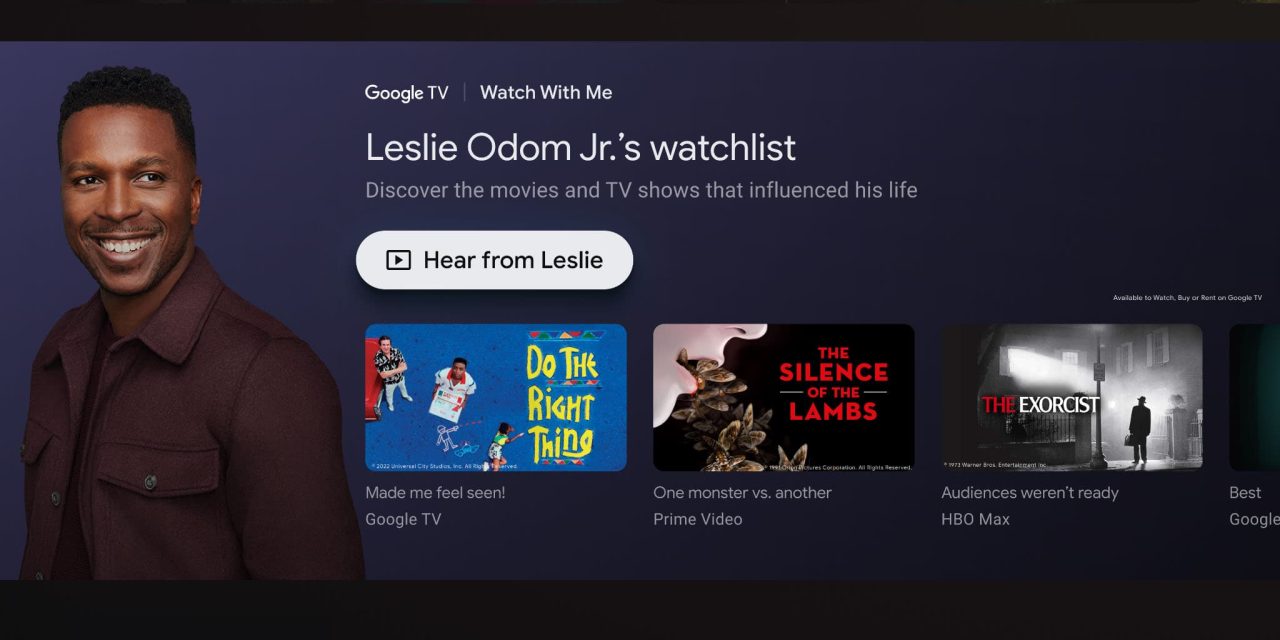 The latest installment of “Watch with Me” on Google TV has arrived, this time with the watchlist of Leslie Odom Jr.

Perhaps best known for his role as Aaron Burr in Lin Manuel Miranda’s Hamilton, Leslie Odom Jr. is also starring in the upcoming Knives Out sequel, Glass Onion. The actor has also starred in films such as One Night in Miami and Harriet and also plays the role of Owen in the Apple TV+ animated musical series Central Park.

Over the next few days, Google TV devices such as the Chromecast with Google TV as well as TVs from TCL, Hisense, and Sony will showcase the actor’s watchlist. Included on that list is a variety of horror and thriller movies that Odom says “brought me such joy,” even as a kid. The actor is slated to appear in an upcoming sequel to The Exorcist.

Leslie Odom Jr.’s full watchlist on Google TV is available now and includes the films and movies listed below.