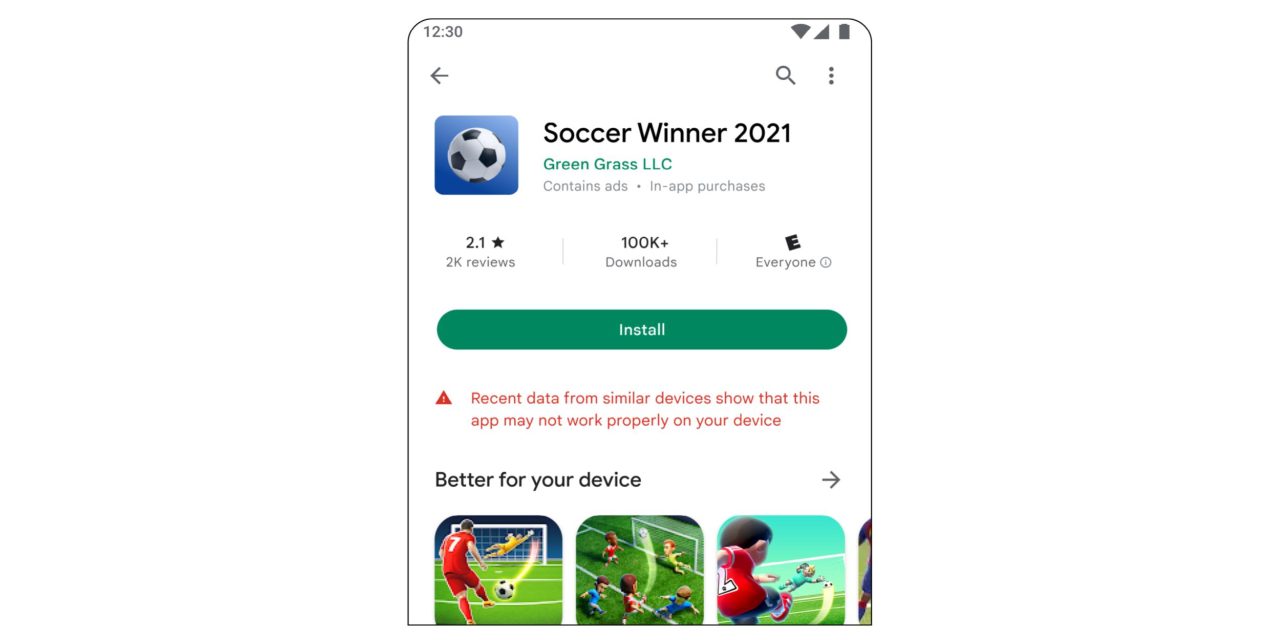 Google is introducing a new “app quality bar” for the Play Store to give more prominence to higher-quality titles.

The Google Play Store will steer users away from low-quality apps and games by excluding them “from impactful discovery surfaces such as recommendations.” The two core vitals are user-perceived crash and ANR (Application Not Responding) rates that apps must remain below.

Google will display a red “Recent data from similar devices show that this app may not work properly on your device” message on listings just below the “Install” button starting November 30, 2022. Developers will be warned that “if there’s a risk that your app will get this treatment before it’s visible in Play, so you can take remedial action.”

Similarly, Google will implement a ratings bar of 3.0 stars to get into the top charts:

We will first launch the ratings change to Top Free charts worldwide and across all form factors in February 2023. Later next year, we plan to bring this change to top paid and grossing charts as well.

On the ratings front, Google is working to protect apps from “inaccurate, coordinated review attacks” by “providing more communication and global training about our policies and how to comply, and expanding pilots on direct phone support and enforcement strike redemption” for developers.

Within apps, the Play Integrity API is getting more features:

You can customize your API responses and set up tests in Play Console, and use
new reporting to analyze and break down API responses across your install base. And, soon,
you’ll be able to debug Integrity API responses from the Play Store app’s developer settings
on any device.

End users will notice new formats in the Play Store across homepages, search, discovery, and listings that can be used by apps for promotion.

Meanwhile, “Churned-user Custom Store Listings” will let developers “tell a different story to users on Play who’ve tried but uninstalled your apps or games before.” This messaging can appear across multiple surfaces, including app ads on YouTube, in a bid to get users to try an application again.