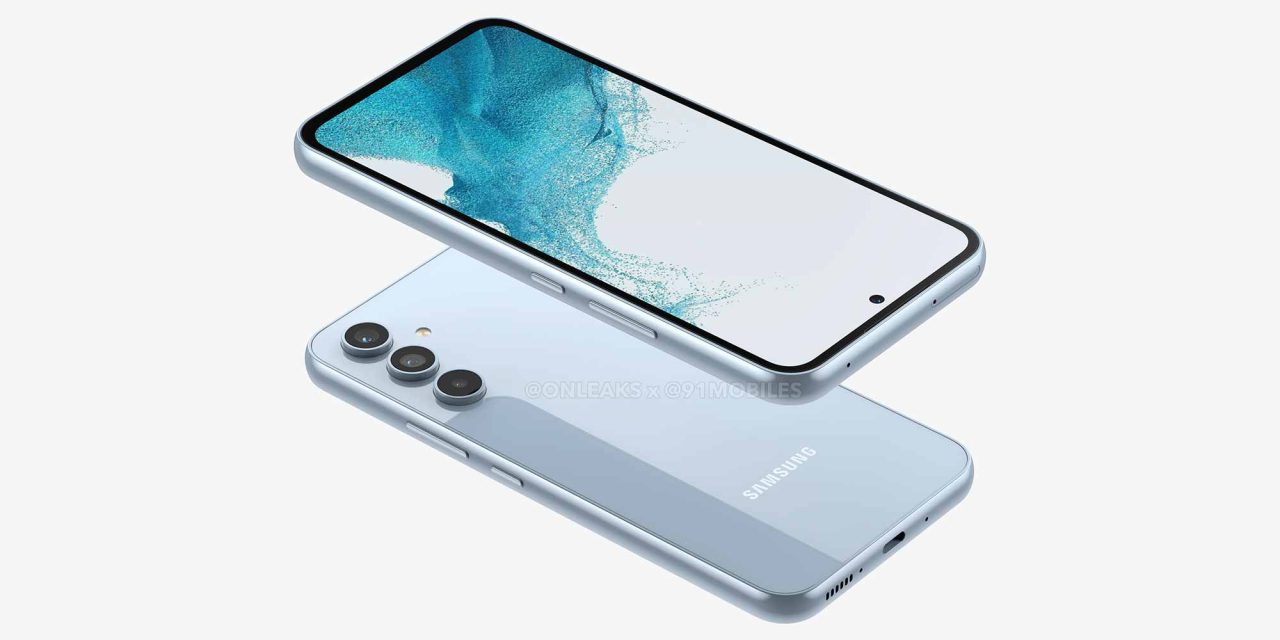 Samsung’s growing Galaxy A-series lineup is a triumph of function and affordability that fuses flagship features with modest prices and impressive traits. The next device coming is the Galaxy A54, which has been showcased in 3D cased-based renders showing some notable upgrades.

Earlier this year, Samsung unveiled the Galaxy A53. A mid-ranger that leveraged an impressive build, display, and one of the best update schedules of any Android phone under $500, it was a solid product. It seems that Samsung is doubling-down with the next-gen as Galaxy A54 renders shared by OnLeaks and published at 91Mobiles show more improvements for the cheap Android phone.

This time around, according to the Galaxy A54 renders, the device will adopt yet more Galaxy S22 features. These include a central punch-hole notch in the AMOLED screen, with minimal bezles surrounding what appears to be a flat display. This will measure in at 6.4 inches and be capped at FHD+ resolution according to this leak. It’s also likely to sport a 120Hz refresh rate. Measuring in at a supposed 158.3 x 76.7 x 8.2mm, this would align with the previous size of A50-series devices including the Galaxy A52 and A53.

Although not confirmed via the renders, the Galaxy A54 is also tipped to come with an as yet unannounced Exynos 7904 processor, 6GB of RAM, and at least 128GB of storage. This report also speculates that it will come with a 4,905mAh battery that, oddly, might end up being marketed as a 5,000mAh internal cell.

At the rear, as you can see from the Galaxy A54 renders, it looks like the device is adopting the Galaxy S22 Ultra’s circular camera alignment. No solid information was shared about the potential triple camera setup in use, but a 50-megapixel main sensor has been rumored. One notable is that according to OnLeaks, Samsung could ditch the depth sensor on the Galaxy A54 this year. Rather, the main sensor will likely provide depth data instead.