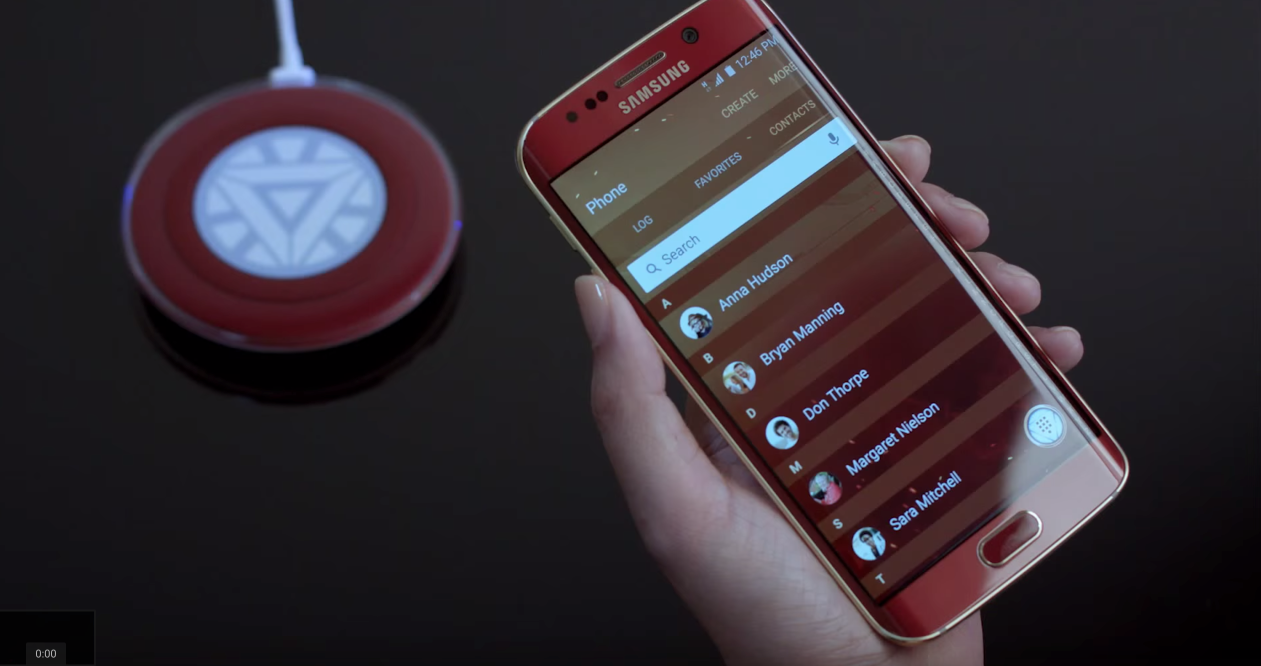 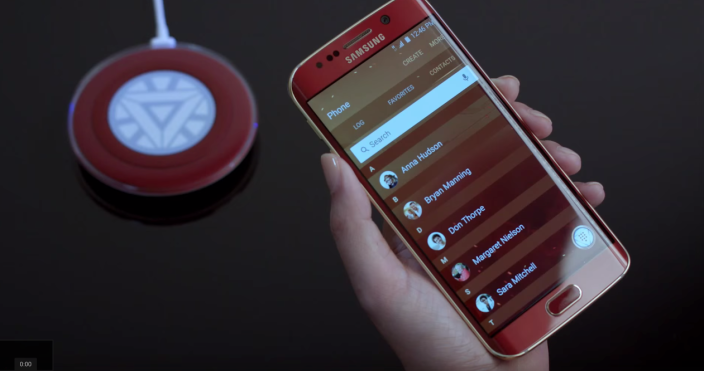 Samsung has been teasing its Iron Man-themed Galaxy S6 Edge for quite some time now, and today the Korean company finally came out to show the world what the device has to offer. The Iron Man Galaxy S6 edge variant features a primarily gold and red design, 64 GB of flash storage, a clear back cover, special packaging, custom Iron Man software, and most of all, a wireless charger that looks a lot like an Arc Reactor. END_OF_DOCUMENT_TOKEN_TO_BE_REPLACED The WSJ was also able to grab the image above showing a sketch for a prototype of LG’s curved device.  END_OF_DOCUMENT_TOKEN_TO_BE_REPLACED AT&T announced today that it will exclusively be offering the Samsung Galaxy S4 in Aurora Red starting June 14. The new color will be available on the 16GB variant for the usual $199 on a two-year contract and preorders will officially kick off tomorrow, May 24. Samsung is also planning to launch some more special edition colors this summer including: Blue Arctic, Purple Mirage and Brown Autumn.

Starting tomorrow you’ll be able to preorder the Galaxy S4 in Aurora Red exclusively through AT&T at  www.att.com/galaxys4 or at a brick and mortar location.

Good timing on the announcement because (coincidence!) Verizon’s Galaxy S4 is availabile today.