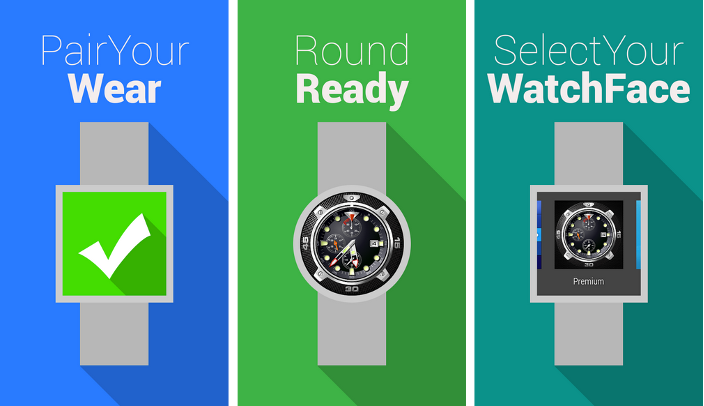 By default, the launch Android Wear watches (which are now shipping) only come with a select number of watch faces that packed in the OS. It was only a matter of time before developers developed their own, however, and it appears that there are now a few available. If you’re lucky enough to have an Android Wear device on hand, you can install them the same way you install any Android Wear app.

The first app which has popped up on the Play Store claims to be “the first Wear watch face” and brings a “premium” design that is quite frankly very ugly. But it is indeed one of the first, and it’s a good demo of what we’ll be seeing in the weeks and days to come. A couple other developers are throwing up their tech demos on the Play Store, with one called “WearFaces” that is even more bare-bones than the one you see above.

If you’re a developer and interested in joining the ranks among these first Android Wear watchface entries, there’s a GitHub project available for you to use which outlines what you need to do to get these working. If you have a watchface on the Play Store that actually looks decent, be sure to let us know in the comments below and we’ll update this article accordingly.