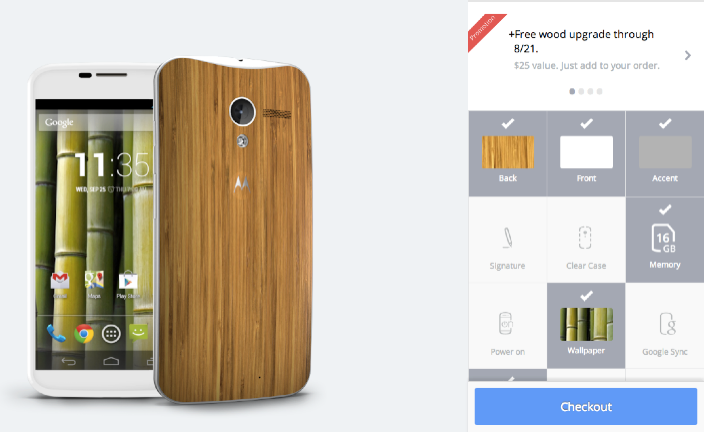 The Moto X has been out for a while now and it’s very likely—almost certain—that we’ll be seeing the unveiling of its successor sooner rather than later. And as may be partly due to this fact, the company is now offering the famed wooden back on its Moto Maker website for free through August 21st (via Android Central).

Motorola has offered countless discounts on the Moto X and its accessories over the last year, so this really comes at no real surprise. The wood back would normally tack an additional $25 onto the purchase of this off-contract $350 phone. Included in the promotion are all four styles, including walnut, ebony, bamboo, and teak.

Make your way over to the Moto Maker website to see for yourself!