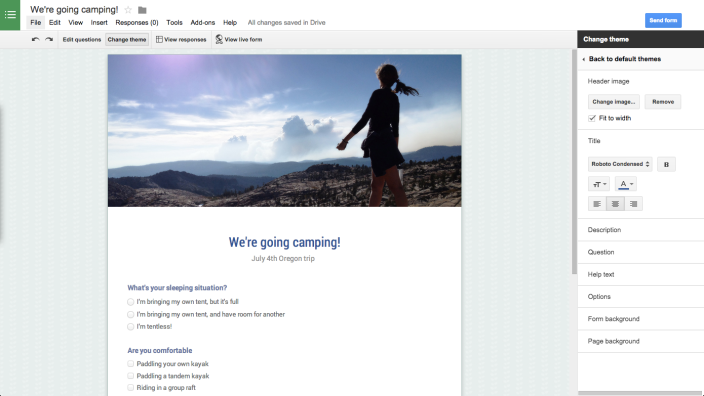 Google announced today that it’s rolling out the ability to customize themes in its Google Forms web app. It’s also adding a number of new pre-made survey designs to the current selection of templates.

One of your top requests has been the ability to add your own personal touch to forms, and starting today you can with custom themes.

You can customize a theme using a new “Change theme” button in the toolbar (pictured above). From there, you can add your own photos or logos to the header, customize fonts and colors, pick a background, and more.

Google also gave a look at some of the new themes it’s added: