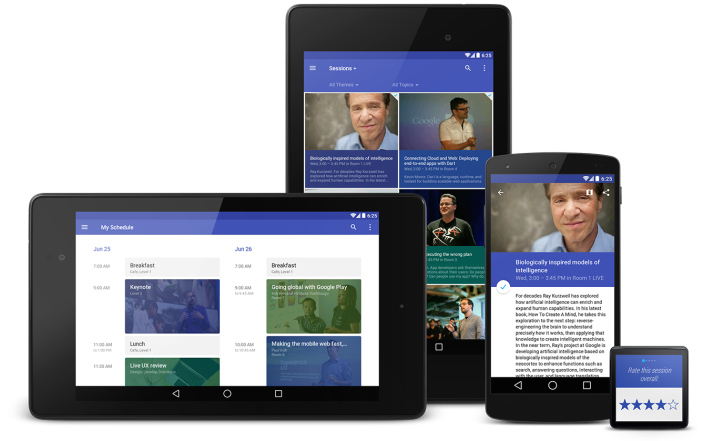 Continuing the pre-Android 5.0 Lollipop update extravaganza, Google this evening announced that it has updated the public AppCompat library to version 21. For those unfamiliar, this essentially means that it will allow for a more Material Design look and feel in apps on devices running pre-Lollipop versions of Android. This concept is exactly what we’ve been seeing in recent Google app updates, giving us the look of Material Design without running Android 5.0.

AppCompat (aka ActionBarCompat) started out as a backport of the Android 4.0 ActionBar API for devices running on Gingerbread, providing a common API layer on top of the backported implementation and the framework implementation. AppCompat v21 delivers an API and feature-set that is up-to-date with Android 5.0

For developers, Google has published a blog post detailing everything there is to know about AppCompat version 21, including the addition of a new Toolbar widget. The Toolbar widget is simply a generalization of the Action Bar pattern that gives developers much more control and flexibility.

For everyone else, now that AppCompat version 21 is out, you should expect to see a lot of third-party apps be updated with Material Design soon, even if your device is not running Android 5.0 Lollipop.

You can read more about AppCompat version 21 on the official Google Android Developer Blog.