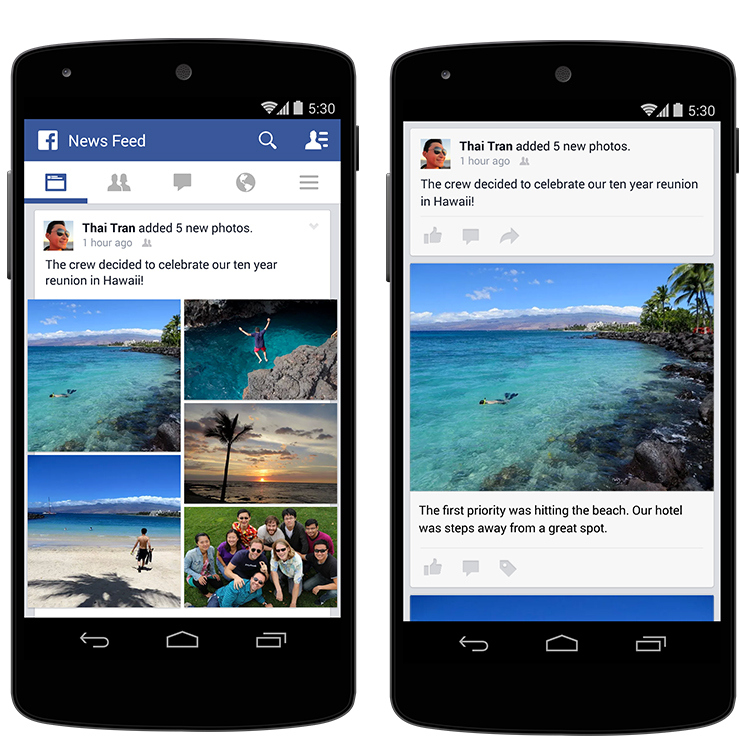 Facebook has announced that it will be releasing an updated version of its mobile application later today that will improve the process of sharing multiple photos in a single post. The new composer will allow users to choose multiple images from their device’s photo library or camera, then show a preview of the post with each image in the order they were selected.

From here users will be able to add captions to each photo, write an introduction for the post, or rearrange the order of the photos. The post will show up in friends’ news feeds as a photo collage rather than a horizontal group of photos.

The update will be available later today for free on the Google Play Store.