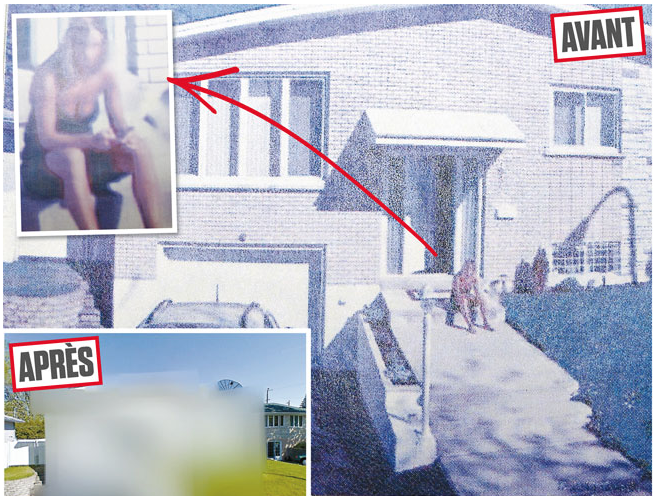 One from The Dept of You Couldn’t Make It Up. A court has awarded a Canadian woman $2,250 in damages against Google for showing her cleavage in a Street View image, reports Le Journal de Montréal (via GigiOM).

Photographed by a Street View car in 2009 while sitting on her stoop leaning forward in a low-cut top, the judge ruled that Mario Pia Grillo suffered shock and embarrassment when co-workers spotted the image.

Google had automatically blurred her face, but the court accepted her argument that she was identifiable from the fact she was sitting outside her own home. Google subsequently blurred her entire home.

Quebec’s legal system is modelled on that of some European countries, like France, where you retain a right to privacy against intrusive photography even in a public place.