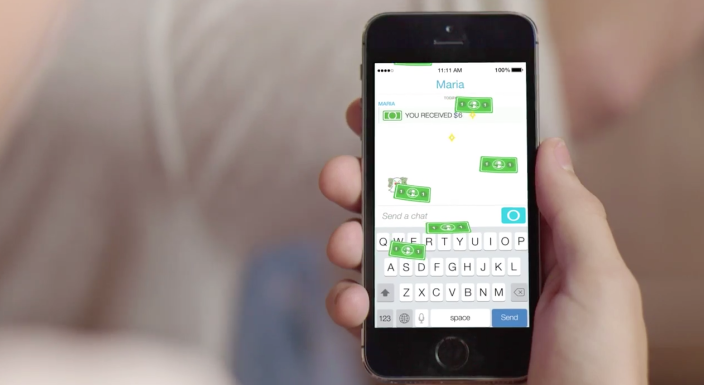 Snapchat today announced a new service, in partnership with mobile-payment service Square, dubbed Snapcash. The new feature allows Snapchat users to quickly and easily send payments to one another. Users can do so by simply swiping right to chat on the main screen in Snapchat and then entering a dollar amount. The money will go directly from one user’s bank account to another.

Users simply have to add their debit card and credit card information to their account in order to sign up for Snapcash. From there, anytime you type a dollar amount into Snapchat’s instant messaging service, the “send” button will turn into a green dollar sign and instantly allow you to send the money.

Obviously, security is a big concern with a service like this, but Snapchat promises that Square’s extensive experience in this field makes Snapcash incredibly secure. None of the personal finance information will be stored on Snapchat’s servers, as Square will take full control of that data. When signing up for Snapcash, users are essentially making a Square account and will agree to Sqaure’s terms of service, as well.

Snapcash will be available today on Android devices via an update to the Snapchat app. The update will be rolled out to the iOS app soon, according to the company. In order to use Snapcash, you must be 18 or older and located in the United States. Check out a video promoting Snapcash below: