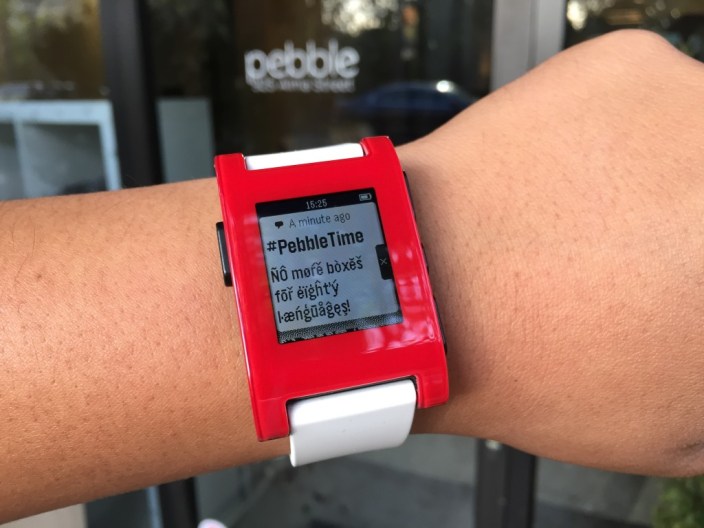 Pebble is today releasing a firmware update (version 2.8) bringing multi-language notifications and other features alongside a completely rebuilt Android app.

Firmware 2.8 adds full character support for the broadest set of languages to date. For Pebblers who receive notifications in the newly supported languages, special characters like “ß” and “Ż” will appear correctly, as opposed to showing up as “unknown character” boxes. Over 98% of Pebblers in the world can now fully receive messages and alerts in their native language. Today’s update paves the way for more languages to come in the future, as Pebble steadily lands in more countries around the world.

As for the updated Android app (version 2.1.0), the standout new feature is full notification support for devices running Android 4.3 and up: “now send notifications to Pebble from any app, via the new Notifications » All Apps menu. From there, you can Select All, Select None, or toggle apps individually. Pebble says a future update will bring the feature to devices running Android 4.0+.

Pebble’s blog post notes that you’ll have to grant the app permission for the notifications and that notifications for some popular apps like Facebook and Hangouts are on by default (pictured below).

The update also includes a number of new features not to mention the fact it has been completely rewritten to, according to Pebble, provide “improvements to reliability, performance, and user experience.” Full release notes for the new Pebble firmware and Android app below.

Pebble said its slowly rolling out the updated Android app to Google Play with around 10% of users getting access today and the rest over the coming weeks.

To update to the latest firmware: