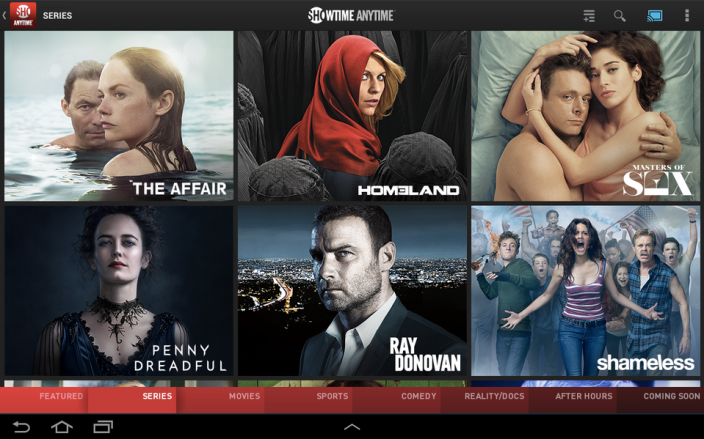 The Chromecast isn’t just for cord-cutters. Google’s popular media stick also extends its content streaming capabilities to cable customers as well. Less than a fortnight ago, the search giant announced that Chromecast support was coming to Showtime Anytime and the company has now made good on its word.

The CBS-owned network’s Android application was recently updated with support for Google’s affordable media dongle. This means that exclusive shows like Homeland, Ray Donovan, Shameless, Nurse Jackie and Dexter can all be streamed to one of your household’s TVs without the need of an extra cable box as long as you’re subscribed to one of the service’s partners.

In addition to Chromecast support, the latest update for Showtime Anytime also squashes a few bugs, so you may notice a performance improvement when using the app by itself.