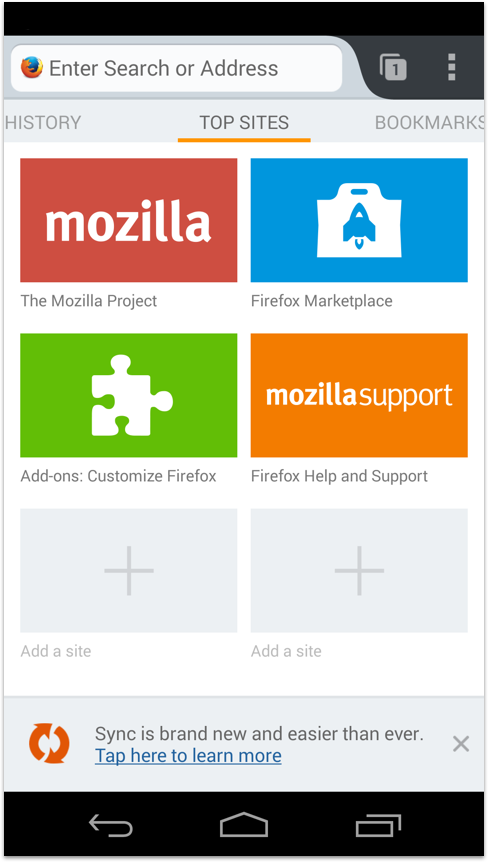 Firefox for Android received a major update this evening, bumping the app to version 34 and adding a handful of new features. Firstly, the update adds mirroring support for the Chromecast. This means that users can now mirror their browser to Google’s streaming stick. This feature was previously available in the beta build of Firebox for Android, but was incredibly buggy. Early reports say that the feature works as expected with today’s stable channel update, however.

In addition to Chromecast support, today’s update also gives Firefox for Android a slight redesign. The app has a new color palette that Mozilla says is simpler and more inline with what users are familiar with on the desktop version of Firefox. With the design changes come speed and usability improvements, as well.

The full change log for Firefox version 34 is below. The update is available now on the Play Store. Mozilla warns that users on Android 5.0 Lollipop might not want to upgrade, however, as Flash support and MP3 playback is broken on the latest build.