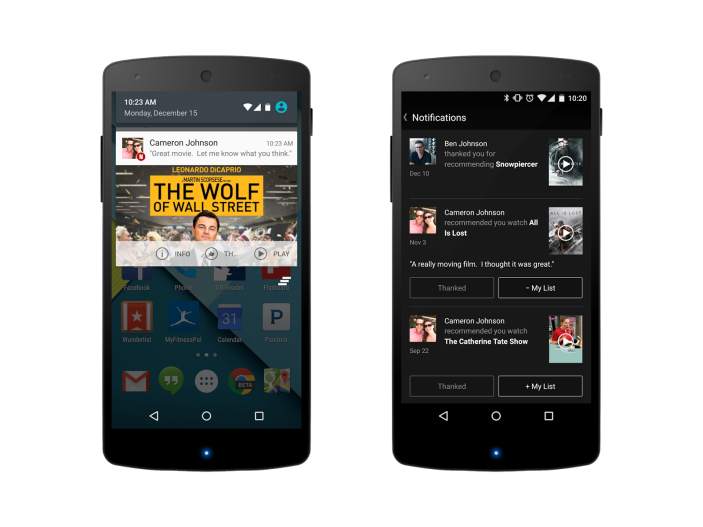 Netflix announced in a blog post this evening that it is pushing out an update to its Android app with a handful of new features. First off, the update introduces a new “Social Recommendation” capability, which has been available on iOS for some time now. This feature allows users to easily and privately recommend shows that they love to friends and family, right from an Android device.

The update also allows for the app to take advantage of rich notifications on Android. Users will now have the ability to watch, get more info, or thank their friend for a recommendation right from the notification itself. Notifications also show detailed information about each recommendation.

Second, for Android smartwatch users, we’ve created an Android Wear integration that alerts you when you’ve received a recommendation, and lets you watch, thank, play, or get more details on the show.

The update is live on Google Play now, although it appears Android Wear support is not included this time around. Presumably it will come in an update relatively soon.