HTC’s ‘Hima’ may be announced at CES 2015, shows up on AnTuTu reaffirming previous leaks

Specifications for HTC’s upcoming flagship—dubbed “Hima”—began leaking earlier this month when it purportedly began carrier testing. But today, the phone has apparently passed through an AnTuTu benchmark (via Nowhereelse.fr), and the resulting specification sheet seems to line up perfectly with what we saw before. Additionally, new evidence suggests that HTC has plans to introduce the device earlier than expected, at the annual CES 2015 which officially starts just over one week from today.

The specs we saw earlier this month told of a phone with a 5-inch 1080p display, a 20.7-megapixel rear-facing camera, and a 13-megapixel (or a 4-megapixel “UltraPixel”) front-facing camera. Sporting Snapdragon’s next-generation 810 processor, the phone was also suggested have 3 GB of RAM, carry support for VoLTE/CA/LTE Cat.6, and have a 2,840 mAh battery. All of these specs have been further corroborated this morning by an AnTuTu benchmark, which gives the phone a model number of “HTC6535LVW (hima),” and suggests Android 5.0.1 is on-board. 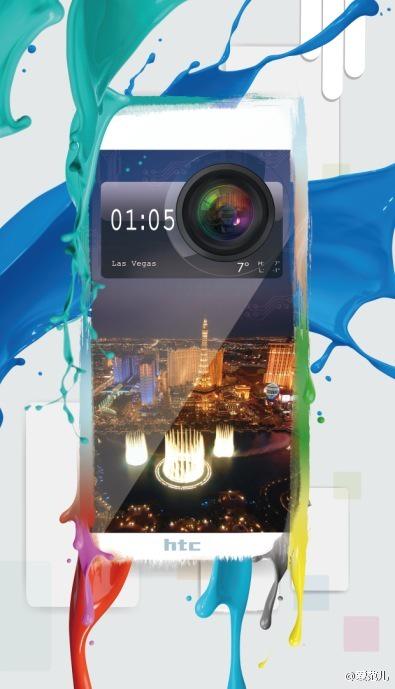 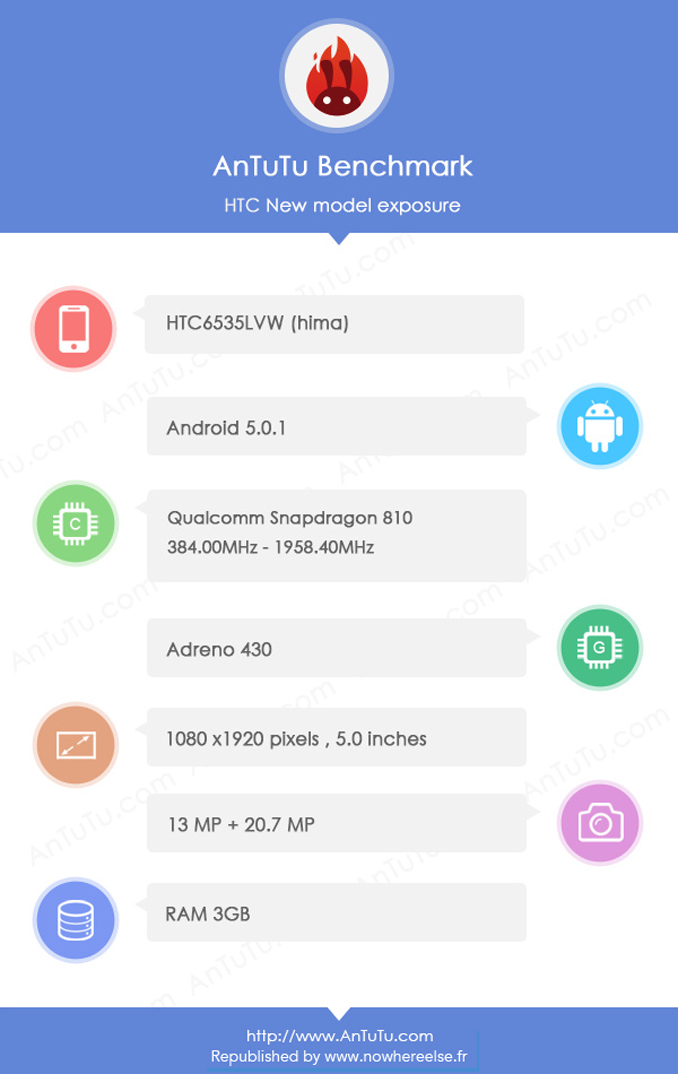 Also of news today is that HTC has apparently sent out invites to a press conference happening at CES 2015, with images first surfacing via Steve Hemmerstoffer of Nowhereelse. The image shows what looks to be a white smartphone with the HTC logo at its bottom bezel, but the screen is notably filled with an image of Las Vegas, Nevada. Other than that, there’s not much we can glean from this image other than it does seem to tease what looks to be a smartphone.

The event is purportedly scheduled for January 5th. And we’ll be on site in Las Vegas next week, so if there is indeed an exciting announcement on its way from HTC, we’ll be sure to keep you informed.